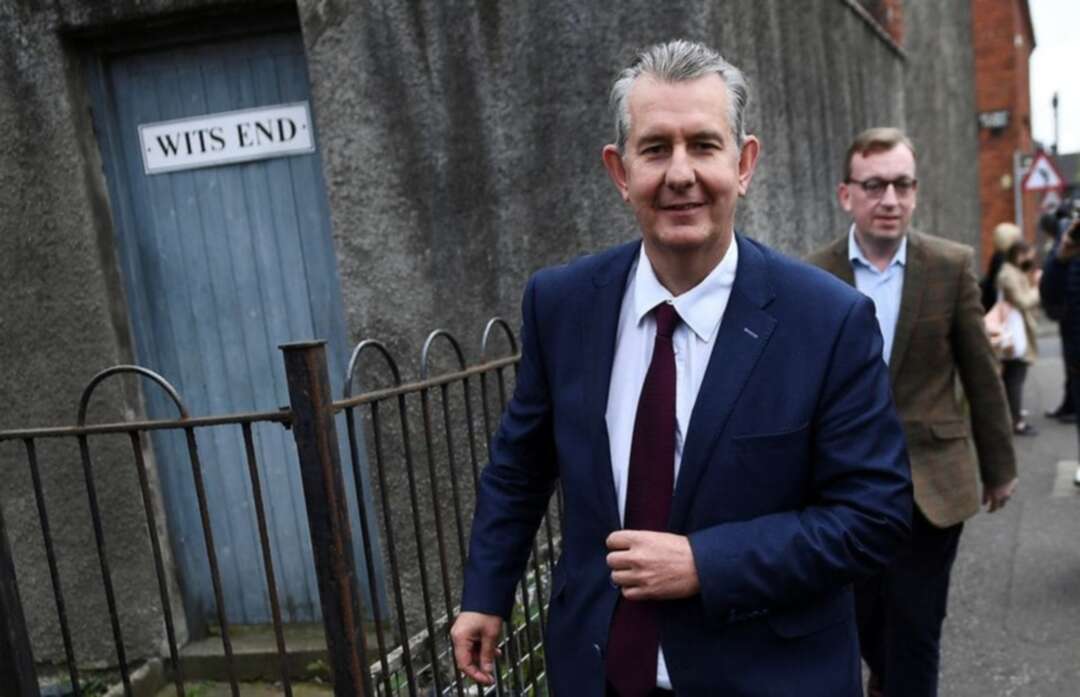 The new leader of DUP pledged to unite the bickering strands of unionism to fight the Brexit deal and lay the foundations for keeping the province in the UK.

Edwin Poots was narrowly elected leader of the region’s largest party yesterday. He is seen by some commentators as more aggressive in his opposition to Northern Ireland’s post-Brexit trade barriers and more conservative on social issues than his opponent, Jeffrey Donaldson.

Northern Ireland’s agriculture minister takes over at a time of instability in the UK province and unionist anger over the post-Brexit Northern Ireland protocol that installed a customs border with the rest of the UK.

Poots, a young Earth creationist who rejects the theory of evolution, said after being elected: "The Northern Ireland protocol has proven to be a massive challenge for us and if we are to fight this, then it is for us to do that together."

The protocol leaves Northern Ireland within the EU’s trading sphere, avoiding a hard border on the island with EU-member Ireland but irritating pro-British unionists by undermining the region’s place in the UK.

It was partly blamed for recent rioting by young pro-British loyalists. A legal challenge against the arrangements partly launched by the DUP began on Friday.

British and EU negotiators have told they will try in the coming weeks to smooth the disruption to trade in everyday goods such as cheese originating in Britain. The DUP wants the protocol scrapped altogether.

“It’s all a bit of a fantasy contest in terms of the protocol really because it’s not in the DUP’s gift to get rid of it,” said University of Liverpool politics professor Jon Tonge, describing the election as the DUP “reconnecting with its past".

He is one of a number of DUP ministers who have protested against the Brexit arrangements by refusing to attend meetings with Irish counterparts established under the 1998 peace deal that ended 30 years of violence in Northern Ireland.

Top medic says Indian coronavirus variant will be dominant in the UK The Iranian regime is taking advantage of Palestinian issue to advance its own agenda in Middle East!