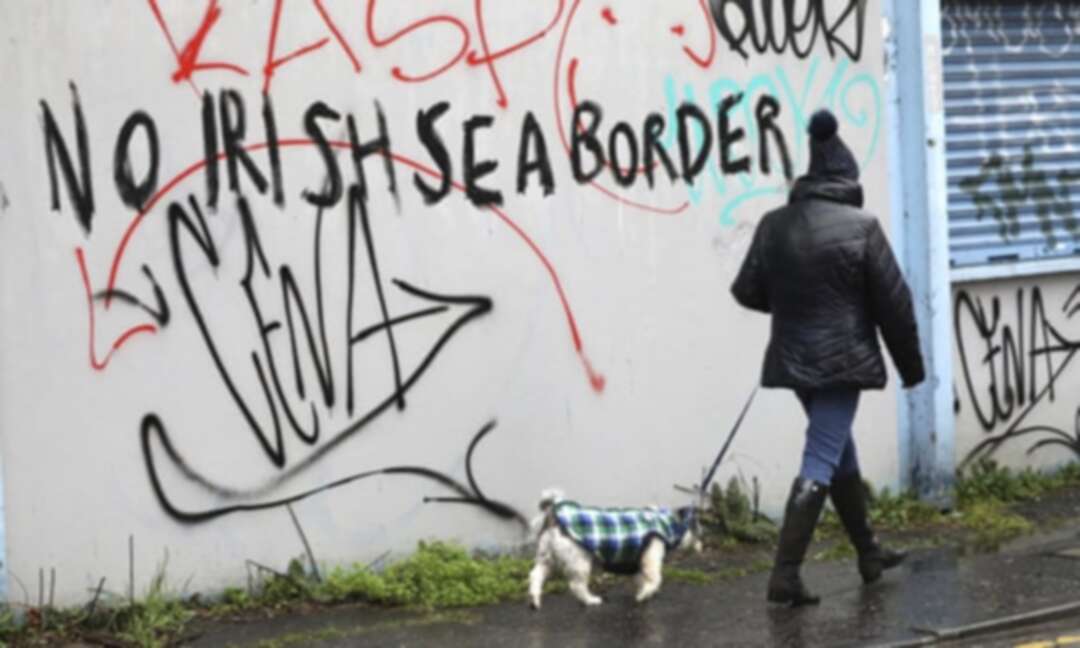 ‘Febrile’ atmosphere in region after supplies of goods from Britain disrupted

The Police Service of Northern Ireland’s chief constable has urged people to step back from the brink of violence amid rising tensions over disruption to supplies of goods and food from Britain to the region since Brexit.

Simon Byrne warned of a “febrile” atmosphere after 26 graffiti incidents were detected across Northern Ireland, and EU and local officials were withdrawn from Brexit check duties at ports in Belfast and Larne following threats.

Byrne told a policing board meeting in Belfast: “It is now time for wise words and calm heads. We need to work together to look at a route map to normality because that seems to be the opportunity before us, to step back from the brink in terms of community tension.”

Police have said there is no evidence that loyalist paramilitaries are involved in the unrest, instead blaming disgruntled individuals and small groups.

The first minister, Arlene Foster, also urged restraint. “I do think it’s incredibly important that people do stay calm and that they focus their energies on constitutional politics and take things forward in that fashion,” she said.

Two days ago Foster launched a campaign to get the Northern Ireland protocol in the Brexit deal scrapped, but Sinn Féin continues to support it, saying disruptions to food supplies and online shopping are teething problems.

The Stormont finance minister, Sinn Féin’s Conor Murphy, said: “I think it is very clear that we do need to dial down the rhetoric and we’ve heard some comments which I think are dangerous from people who should know better on radio programmes yesterday.”

Boris Johnson has said he is ready to override elements of the Brexit divorce settlement relating to Northern Ireland to prevent a trade barrier from developing in the Irish Sea.

In the Commons on Wednesday, the DUP MP Ian Paisley Jr told the prime minister that the protocol had “betrayed” his constituents, making them “feel like foreigners in our country”.

No 10 adviser on minority ethnic people nearly quit over Tory 'politics of division' Two of the injured victims are in critical condition.. Two men have so far been arrested