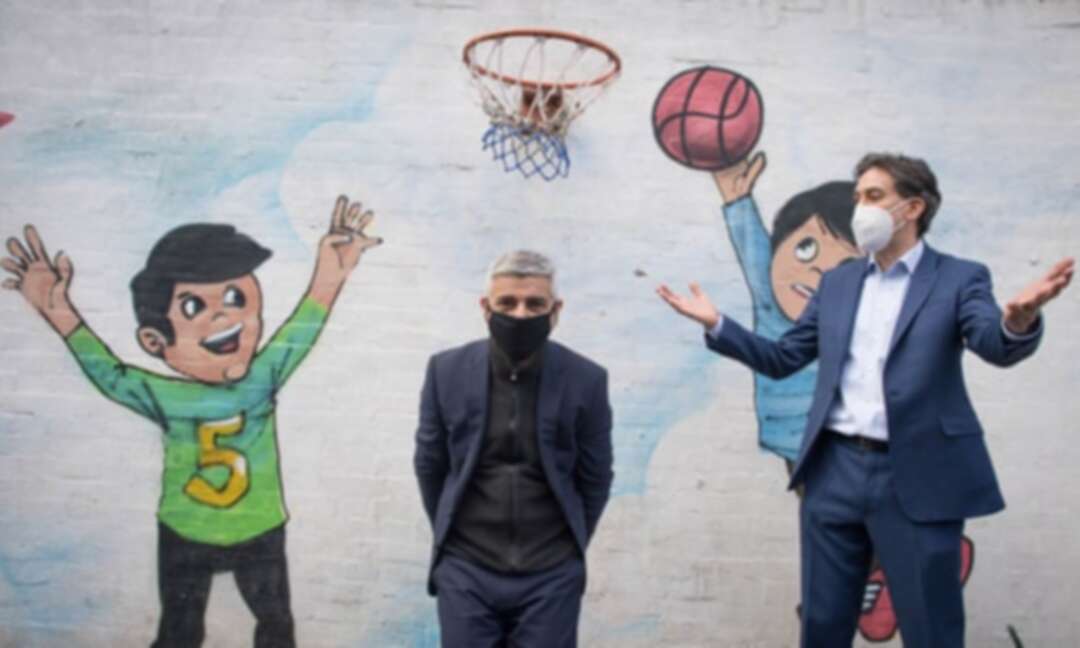 The mayor of London, Sadiq Khan (centre), with the shadow business secretary, Ed Miliband, on a visit to a playcentre in the north of the capital on Tuesday.

If re-elected, Sadiq Khan wants to set up a commission to look at decriminalising the drug

Downing Street has condemned a planned review by the mayor of London into the decriminalisation of cannabis as a waste of time, saying the issue is not in his remit, and that the government has no plans to change the law.

Sadiq Khan has said that if he is re-elected on 6 May, he will set up an independent London drugs commission to examine the potential health, economic and criminal justice benefits of decriminalising the class-B drug.

The Labour mayor believes there is widespread public support for a more relaxed approach to decriminalisation, citing polls showing more than half of the UK – and nearly two-thirds of those in the capital – support legalising cannabis for adult recreational use.

Asked about the idea, Boris Johnson’s press secretary, Allegra Stratton, said it would not make any difference: “Policy on controlled drugs is a matter for UK government and there are no plans to devolve this responsibility.

“The prime minister has spoken about this on many occasion – illicit drugs destroy lives and he has absolutely no intention of legalising cannabis, which is a harmful substance.”

Asked if the mayor was therefore wasting his time with such a review, Stratton said: “That is correct. Sadiq Khan will know that the policy on controlled drugs is a matter for the UK government. It is not a matter for his office.”

Khan is a target for regular attacks by Downing Street, not least because it is regarded as a near foregone conclusion that he will be re-elected. Recent polling has put him at above 50%, double the figure for his struggling Conservative opponent, Shaun Bailey.

At Monday evening’s Downing Street press conference, devoted to coronavirus rules, Johnson used the event to castigate Khan for a shortfall in the finances of Transport for London (TfL), saying he

Aside from the inaccuracy – TfL had debts of £9bn when Johnson stepped down as mayor in 2016 – the comments prompted criticism that they were made at an official government event during the election period.

But asked if Johnson would do this again, Stratton refused to rule it out, saying: “He was asked a direct question, which he answered. London is a city which is very, very close to his heart, and about which he knows an awful lot, having run it.”

Universities angry at PM’s failure to include reopening plan in Covid roadmap A strategic solution for the Kurdish negotiations which American sponsorship in the eastern north, areas under the control of the Syrian Kurds