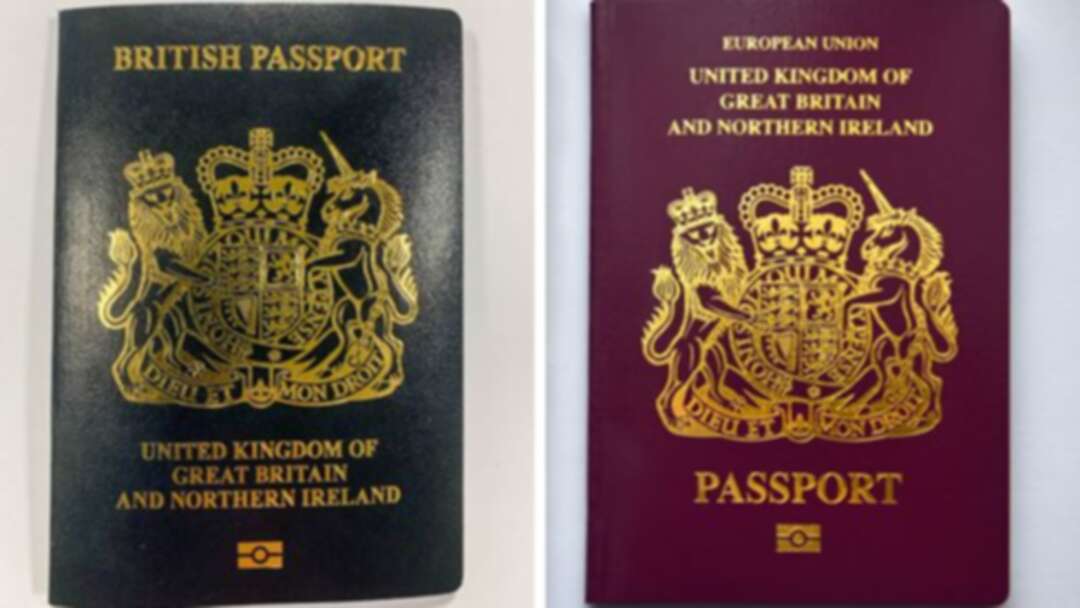 The first blue British passports for nearly 30 years will be issued next month, the Home Office has said.

The current burgundy design is being replaced, following the UK's departure from the European Union.

Blue passports were introduced in 1921 and phased out after 1988 when members of the then European Economic Community agreed to harmonize designs.

Home Secretary Priti Patel said the passport will "once again be entwined with our national identity".

She said Brexit had given the UK "a unique opportunity to... forge a new path in the world" and enabled a return to "the iconic blue and gold design".

The UK was never formally compelled to change the color of its passport in the 1980s but did so with other member states.

Securing a change in the design became a rallying point for Brexit supporters, with the government announcing in December 2017 that the blue passport would return.

The government estimates that all newly-issued passports will be blue from the summer.

Until then, they will be issued alongside burgundy passports, which will remain valid for travel until they expire.

The UK burgundy passports carried the wording European Union on the cover, although the Passport Office last year began to issue them without such a description as older stocks ran out.

The blue passports will be made by Gemalto, owned by French firm Thales. However, they will be personalized with the holder's details in the UK.

The back cover will carry an embossment featuring the floral emblems of England, Northern Ireland, Scotland, and Wales.

The Home Office said the manufacturing carbon footprint of the passports will be reduced to net zero, through projects such as planting trees.

It added the new passport will carry updated security features, including a "super-strength" polycarbonate data page, containing embedded technologies to keep personal data secure and involve the "most secure printing and design techniques" to combat identity theft and forgery.