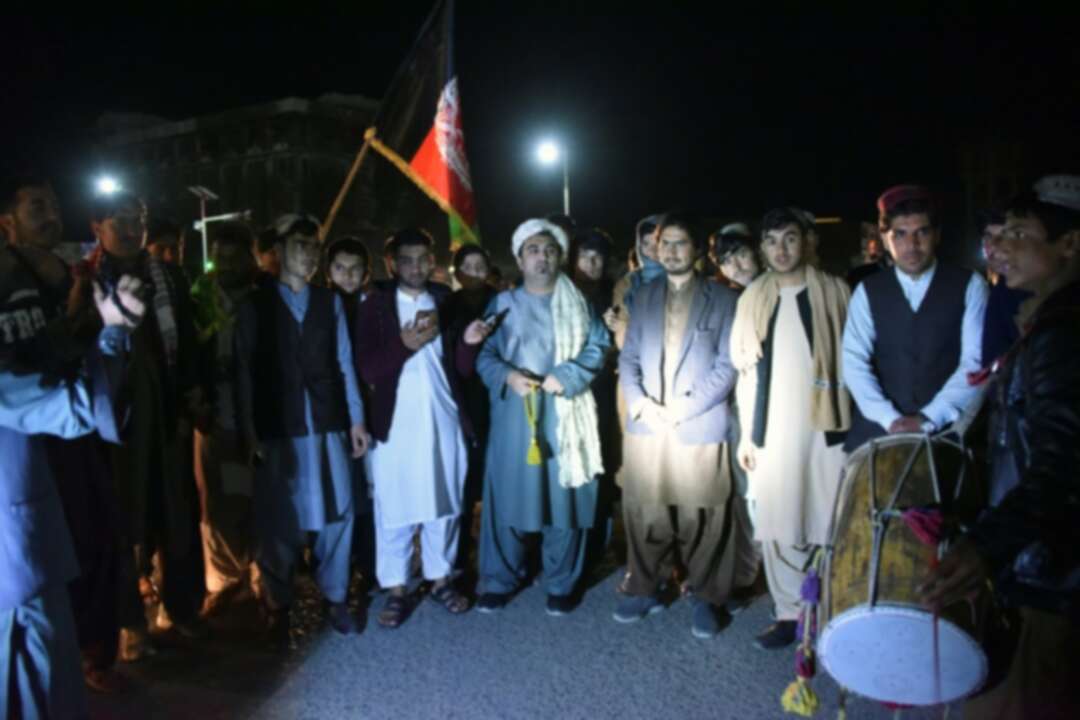 A week-long, partial truce came into effect across Afghanistan on Saturday, with jubilant civilians celebrating in the streets to mark a potentially historic turning point in the war, even as isolated attacks threatened to undermine the process.

The Taliban, US, and Afghan forces have all agreed to a so-called "reduction in violence" which, if it holds, will be only the second lull in fighting since 2001.

"It is the first morning that I go out without the fear of being killed by a bomb or suicide bomber. I hope it continues forever," Kabul taxi driver Habib Ullah said, while in other parts of the country people danced in the streets.

However in Balkh province in the north, Taliban fighters attacked a district headquarters near the provincial capital of Mazar-i-Sharif, killing two Afghan soldiers, a local official told AFP.

The attack came after midnight when the partial truce had already kicked in. There were also reports of a separate incident in central Uruzgan province.

General Scott Miller, who leads US and NATO forces in Afghanistan, stressed that Western forces would continually monitor the "reduction in violence".

"The objective here is that we reduce violence for Afghanistan and that it doesn't spike," Miller told reporters, adding that he was confident of the Taliban's overall commitment to the process.

The partial truce is expected to set the conditions for Washington and the insurgents to sign a deal that could, ultimately, pull US troops out after more than 18 years and launch war-weary Afghanistan into an uncertain future.

A successful week would show the Taliban can control their forces and demonstrate good faith ahead of any signing, which both the US and the insurgents have said could be done on February 29 in Doha.

It also gives a much-needed respite to civilians, who have long borne the brunt of the bloody war.

The UN's Afghanistan mission said Saturday that more than 10,000 people had been killed or wounded in the war in 2019 alone.

In Kandahar in the south, considered the Taliban heartland, and the eastern province of Jalalabad, dozens of Afghans could be seen dancing the attain -- a traditional Pashtun dance -- in the streets in celebration overnight.

Jalalabad residents also celebrated by holding an impromptu bicycle race around the city.

In Kabul, which for years now has been one of the deadliest places in the country for civilians, those who spoke to AFP were warier.

"A temporary break in war is good but we want a permanent ceasefire," said government worker Fazul Rahman, adding he also wants peace talks between the Taliban and Kabul to begin "as soon as possible".

Shopkeeper Emamuddin, who like many Afghans goes by one name, said Afghans want peace "whatever it takes".

"A week of no violence will pass in a blink of the eye," he said. "They should find a long-lasting solution to this country's problem."

Details of how exactly the reduction in violence will work have remained scant.

The US has said there is an "understanding" for a "significant and nationwide reduction in violence across Afghanistan", while Afghan security forces will remain "on active defense status" during the week.

"The Taliban must demonstrate their commitment to a meaningful reduction in violence," US Defense Secretary Mark Esper said on Twitter.

"Should the Taliban reject the path of peace, we remain prepared to defend ourselves and our Afghan partners," he added.

In Kandahar, one insurgent told AFP he had received orders to stand down -- but another said he had only been ordered to refrain from attacking major cities and highways.

Any truce comes fraught with danger, and analysts warn the attempt to stem Afghanistan's bloodshed is laced with complications and could fail at any time.

Since the US invasion in 2001, there has only been one other pause in the fighting -- a surprise three-day ceasefire between the Taliban and Kabul marking the religious festival of Eid in 2018.

Washington has been in talks with the Taliban for more than a year to secure a deal which would see it withdraw about half of the 12,000-13,000 troops currently in Afghanistan.

In return, the Taliban would give security guarantees and a promise to hold peace talks with the government in Kabul.

On Thursday the group's deputy leader, Sirajuddin Haqqani, penned an extraordinary op-ed in the New York Times in which he stated the insurgents were "fully committed" to stand by the agreement.

Who is Abu Fadak ‘the uncle’ al-Mohammadawi, the new head of PMU militias? New blue British passport rollout to begin in March