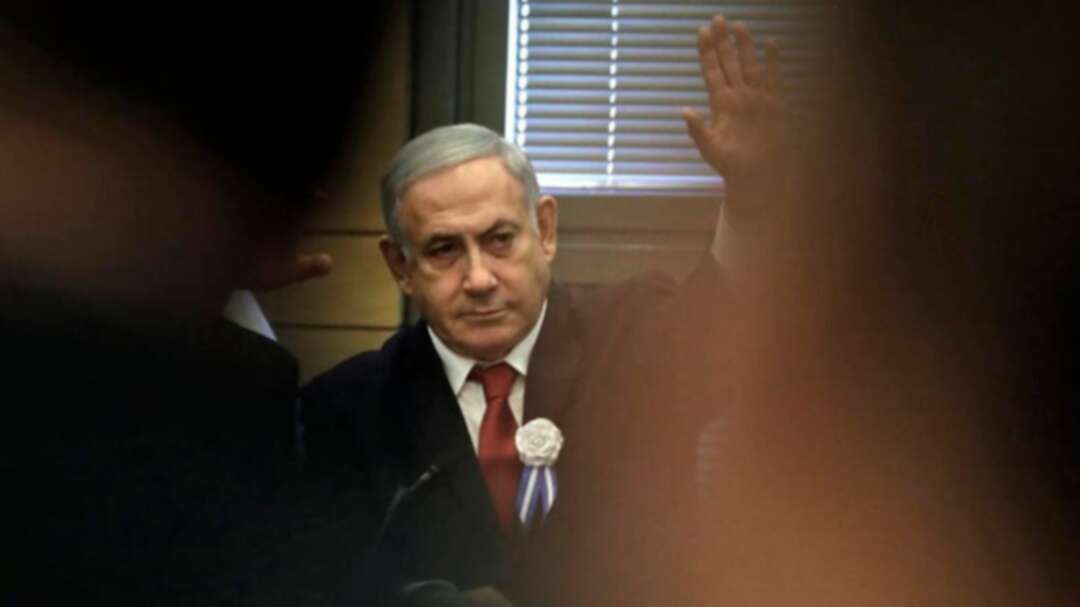 Israeli Prime Minister Benjamin Netanyahu raises his hand as he attends a meeting of Likud party members at the Knesset in Jerusalem on October 3, 2019. (AFP)

The YNet news website said Netanyahu had agreed with the head of Likud’s central committee, Haim Katz, to hold the leadership vote.

A Likud party spokesman was not immediately reachable for comment.

Earlier on Sunday, a watchdog group asked Israel’s top court to order Prime Minister Netanyahu to step aside after his indictment on corruption charges, adding to the pressure he is facing from within his ruling party.

Netanyahu, a four-term conservative leader, has denied the charges of bribery, fraud and breach of trust and said he will stay in office and defend himself.

His indictment on Thursday came amid unprecedented political disarray in Israel, after elections in April and September in which neither Netanyahu nor his main challenger, centrist Benny Gantz, secured a governing majority in parliament.