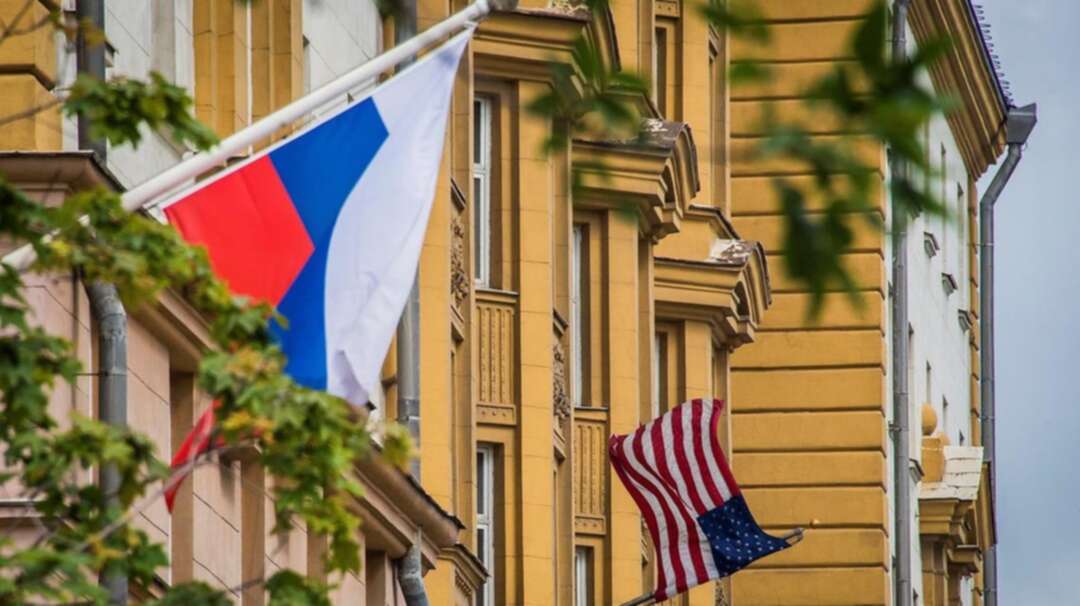 A Russian flag flying next to the US embassy building in Moscow. (AFP)

Any possible seizure of Russian assets by the United States will completely destroy Moscow's bilateral relations with Washington, TASS quoted the head of the North American Department at the Russian foreign ministry as saying on Saturday (August 13).

"We warn the Americans of the detrimental consequences of such actions that will permanently damage bilateral relations, which is neither in their nor in our interests," Alexander Darchiev told TASS. It was not immediately clear which assets he was referring to, Reuters reported, according to the Anews.

Darchiev also said that the U.S. influence on Ukraine had increased to the degree that "Americans are increasingly becoming more and more a direct party in the conflict".

On Friday (August 13), EU backed the proposal for an EU-wide visa ban for Russian citizens.

The ban was announced by the Czech Republic, which currently holds the rotating presidency of the EU.