In the last few weeks, the level of tensions has risen significantly between the Syrian government and Kurds.Simultaneously with the Syrian government restriction on the area of Shahba, Tell Rifat, Kurdish neighbourhoods of Ashrafia and Sheikh Maqsoud by disrupting the essential supplies such as flour, food, and fuel. The pro-Assad militia that well known as the National Defence Forces begun, behest of the regime, to attack the Kurdish security forces’checkpoint in Qamishli and Hassaka.


In response to the government forces' escalation, the Kurdish security forces started to take similar actions by surrounding the government security headquarters that so-called security squares located in the centre of Hassaka and Qamishli.The Syrian Democratic Forces control the northeast areas of Syria and there is a small presence of Assad's government in the main cities of Qamishli and Hassaka.

There is no doubt that the latest escalation was the Assad's regime policy to press the Kurds in order to gain further concessions. However, the core of the plan comes from Russia-Turkey cooperation against Kurds and to take advantage of the recent absence of the effective American role. Following the United States' withdrawal and the presidential election transitional period, Moscow is taking the role of key powerbroker in the Syrian conflict, and also attempts to play a mediation role as it happened in the latest tension.


Arguably, Moscow has repeatedly failed to be a guarantor between the SDF and the Syrian regime as they always asked Kurds to break their relationship with the US and to return back to Damascus. That is why Russia went to the second plan towards Kurds in purpose to isolate them politically simultaneously with military pressure.Moreover, Turkey's attacks on Kurds in Ain Issa with the Syrian opposition militia that started months ago was due to Russia's green light to Erdogan. When Russia- Turkey's cooperation plan failed to take control of Ain Issa town due to the Syrian Democratic Forces resistance, Moscow and Damascus moved to blockade the Kurdish civilians in the refugee camp of Shahba and two Kurdish neighborhoods in Aleppo.


Of course, Moscow, Ankara, and Damascus' secret and obvious cooperation and deals against Kurds is definitely a message to Biden's administration and its policy in northeast Syria as the main supporter for Kurds. However,the start of the third round of intra- Kurdish negotiations that backed by the United States last week, might seem like a clear American answer to Putin and Erdogan before Assad as a Biden's new strategy in Syria that will continue to support the Syrian Democratic Forces. 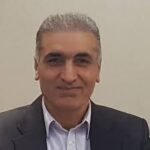