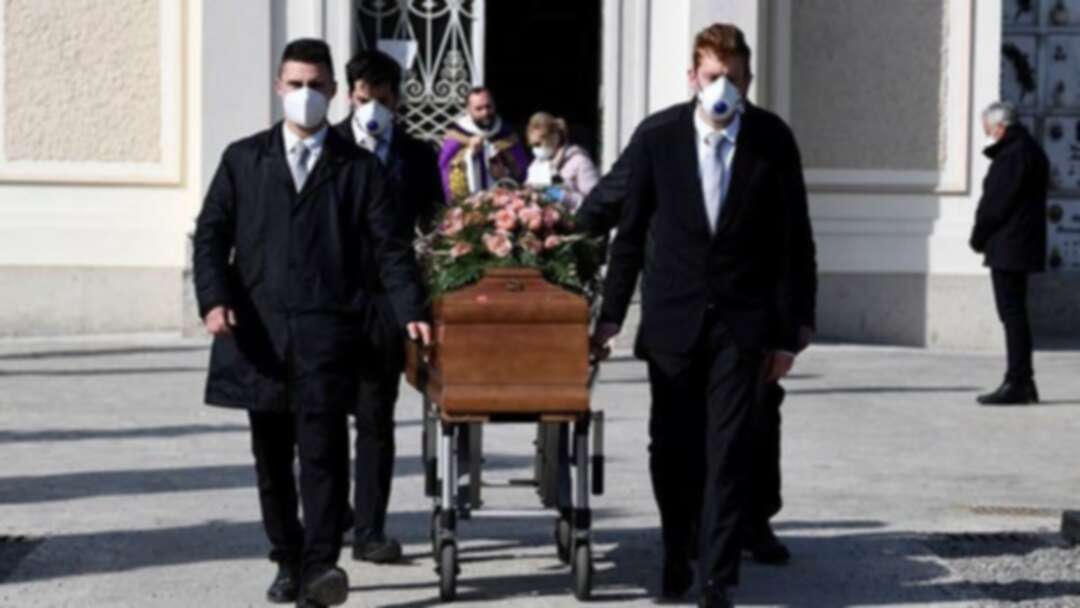 Pallbearers wearing protective masks carry the coffin of a woman who died from coronavirus disease, as Italy struggles to contain the spread of COVID-19, in Seriate, Italy March 28, 2020. (Reuters)

The coronavirus pandemic has killed over 60,000 people worldwide, nearly three-quarters of them in Europe, since it emerged in China in December, according to a tally compiled by AFP at 1330 GMT Saturday from official sources. from coronavirus

A total of 60,457 deaths have been recorded, including 44,132 in Europe, the continent worst hit by the virus.

The official tallies probably reflect only a fraction of the actual number of cases.

Saudi Ministry of Justice sends out a message of hope amid coronavirus pandemic Spain’s coronavirus death toll climbs to 11,744 with 124,736 confirmed cases