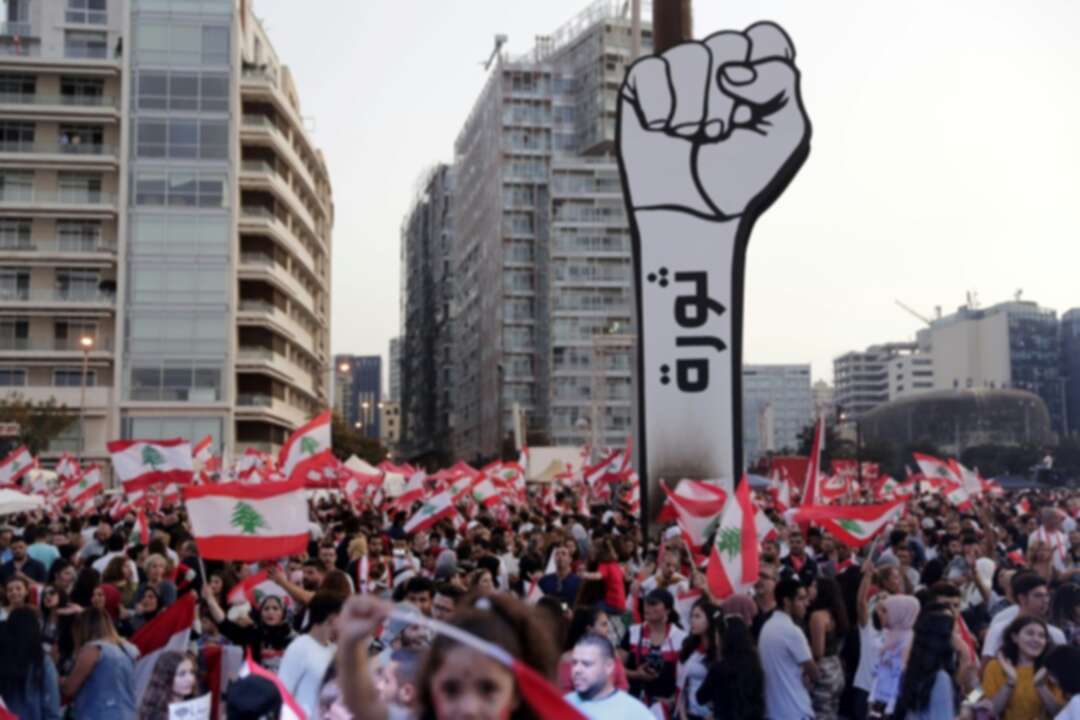 Lebanese demonstrators set up barricades and parked cars across key roads Monday to protest corruption and press their demands for a radical overhaul of their country's sectarian political system.

Defying pleas from Lebanon's top leaders, protesters sought to keep the country on lockdown for a 12th consecutive day by cutting off some of the main thoroughfares, including the main north-south highway.

The protesters are demanding more freedom, better services and an end to corruption and sectarian politics, among other things.

Their unprecedented mobilisation -- sparked by a proposed tax on voice calls via messaging apps on October 17 -- has quickly morphed into a massive grassroots push to drive out a political elite which has remained virtually unchanged in three decades.

Lebanon's political leaders have appeared shell-shocked, trying simultaneously to express sympathy for the protest movement while warning of chaos in the case of a power vacuum.

"If the corrupt ruling class doesn't feel like the country is crippled we will not see any results," said 21-year-old Ali who was among a group of demonstrators blocking a key road in the capital on Monday morning.

A poster urging motorists to block roads with their cars started circulating on social media on Sunday night.

By the next day, some major routes were closed off by hundreds of angle-parked vehicles, others by groups of protesters sitting on the road.

Schools and banks have been closed for more than a week.

The Lebanese security forces had been expected to make a new attempt at reopening the roads as the country faced more paralysis.

The army and the country's top security agencies had agreed at the weekend to a military-led plan to clear roadblocks, but their efforts have been met with resistance from demonstrators.

In the southern city of Sidon, the army scuffled with protesters blocking the city's northern entrance on Monday morning, injuring three, said an AFP correspondent.

In Beirut, activists converted a main artery in the centre of the city into an open-air living room, furnished with couches and rugs.

They shot footballs across streets which on a regular Monday would have been jammed with motorists streaming in from Beirut's northern suburbs.

Most residents have backed road closures, and business owners on Sunday night called for a general strike in solidarity, but political officials and flustered motorists have in recent days accused demonstrators of robbing people of their livelihoods.

"We are not closing all the roads. There are always side roads people can use," said Yusra, a 16-year-old in central Beirut.

"We don't want to stand against the people but we also don't want to go back to the way things were before the revolution," she told AFP.

So far, the unprecedented protest movement has been relatively incident-free, despite tensions with the armed forces and attempts by party loyalists to stage counter-demonstrations.

In one of the most serious incidents, the army opened fire on Friday to confront a group of protesters blocking a road in the northern city of Tripoli, wounding at least six people.

On Sunday, tens of thousands of protesters joined hands nationwide to form a 170-kilometre (105-mile) human chain stretching from Tripoli to Tyre in the south.

The event drew Lebanese of all ages and backgrounds, many of them draped in the national cedar flag.

Organisers said the event symbolised a national civic identity that has emerged since the start of the protests on October 17.

The rallies have been remarkable for their territorial reach and the absence of political or sectarian banners, in a country often defined by its divisions.

The leaderless protest movement is driven mostly by a young generation of men and women born after the 1975-1990 civil war.

Lebanon's reviled political elite has defended a belated package of economic reforms and appeared willing to reshuffle the government, but protesters have stayed on the streets.

More than a quarter of Lebanon's population lives in poverty, according to the World Bank.