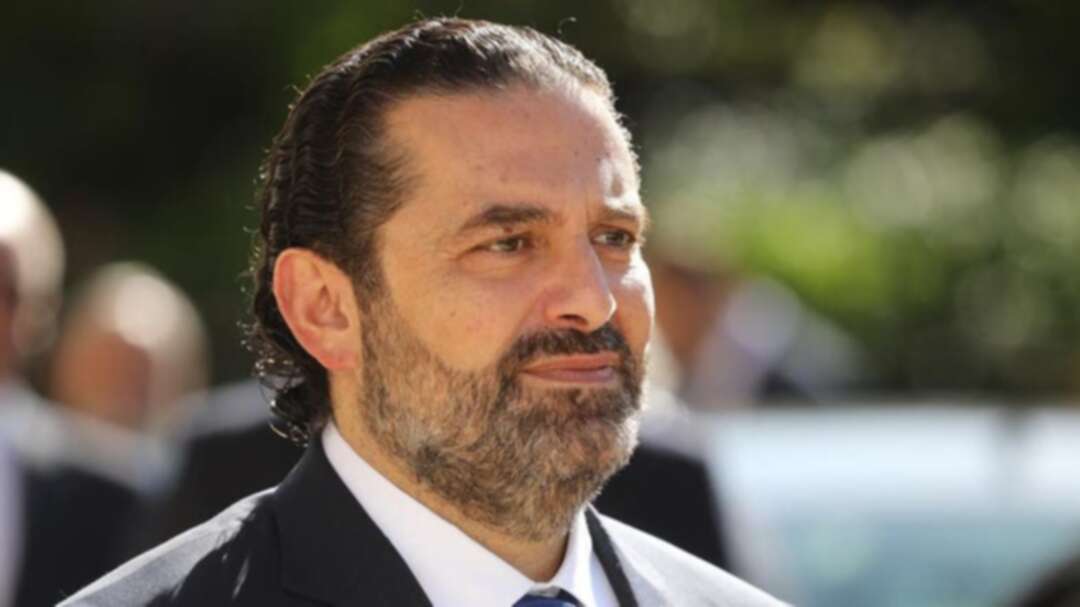 Lebanese Prime Minister Saad Hariri speaks to the press following a meeting with the French President at the Elysee Palace in Paris on September 20, 2019. (File photo AFP)

Lebanon’s Prime Minister Saad Hariri spoke to the Saudi finance minister on Saturday about support for the Lebanese economy and preparations for the first meeting of a bilateral council, his media office said.

Lebanon, one of the world’s most heavily indebted states, faces financial strains linked to a slowdown in capital inflows needed to meet the financing needs of the government and the import-dependent economy. Years of low growth have also weighed.

Central bank foreign assets have been in decline. These, excluding gold, fell around 15% from an all-time high in May last year to $38.7 billion in mid-September.

In a phone call, Hariri and al-Jadaan discussed “preparations to hold the first meeting of the Lebanese-Saudi joint committee and ... the agenda that includes agreements and memorandums of understanding that are intended to be signed.”

They also discussed “ways leading to the support of the Lebanese economy and the participation of the Saudi private sector in projects included in the Cedre conference,” a reference to a major infrastructure investment program.

Lebanon won pledges of some $11 billion in financing for the investment program at the “Cedre” conference in Paris last year.

But foreign governments including France first want to see Beirut follow through on long-delayed reforms aimed at putting the public finances on a sustainable path.

A Lebanese official source told Reuters on Wednesday that work was underway to convene the bilateral council in October.

Riyadh was once a major supporter of both the Lebanese state and political allies including the Sunni Hariri family. But it was seen to step back from Lebanon and tensions grew as the role of Iran’s Lebanese Shiite ally, Hezbollah, expanded.

However ties have appeared to thaw this year. Saudi Arabia lifted a warning against its citizens travelling to Lebanon earlier this year.

The statement from Hariri’s office gave no details of what kind of financial support Saudi Arabia might provide.

Krisjanis Krustins, director at Fitch Ratings, noted that one step taken by Saudi Arabia and others to help Lebanon in the past was to deposit funds at the central bank.

“Buying bonds is another option and another thing that could be done is support for purchase of petroleum products. Investments are another option but (it’s) not clear what assets they would buy other than bonds,” Krustins said.