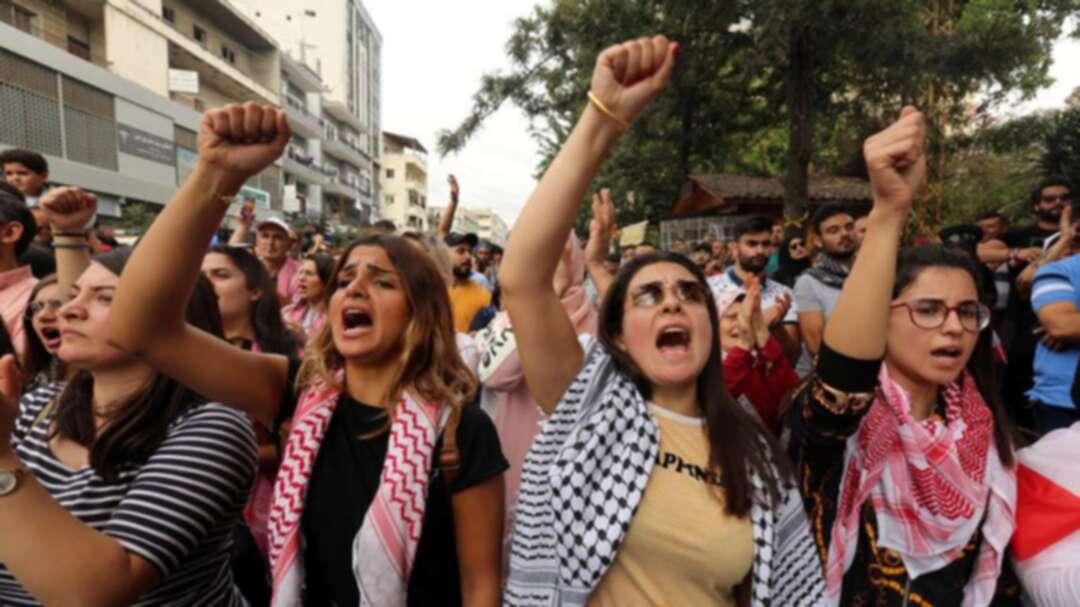 The Lebanese army command urged protesters to open blocked roads so that life could return to normal after 13 days of demonstrations that have paralyzed the country. (Reuters)

Lebanese soldiers and security officials urged protesters to open blocked roads on Wednesday so life could return to normal, after 13 days demonstrations paralyzed the country and forced the prime minister to resign.

Troops cleared one major route north of Beirut after briefly scuffling with demonstrators in the morning. A group of soldiers tried to pick up a vehicle blocking the highway before it drove off, al-Jadeed television footage showed.

At the Ring Bridge in the centre of the capital, a security officer tried to persuade crowds to clear the way to nearby hospitals. “I am staying here,” one woman told Reuters as she spread blankets across the road.

Saad al-Hariri resigned as Lebanon’s prime minister on Tuesday, toppling his coalition government. He said he had hit a “dead end” in trying to resolve the crisis unleashed by the huge protests against the ruling elite.

In a statement, the army command said people had a right to protest, but that applied “in public squares only.”

The main protest camp in a square in the centre of the capital was quiet but was closed to traffic by security forces.

Hariri made his resignation speech after a crowd loyal to the Shia Muslim Hezbollah and Amal movements attacked and destroyed a camp in central Beirut.

It was the most serious strife on the streets of Beirut since 2008, when Hezbollah fighters seized control of the capital in a brief eruption of armed conflict with Lebanese adversaries loyal to Hariri and his allies at the time.

The departure of Hariri, who has been traditionally backed by the West and Sunni Gulf Arab allies, pushes Lebanon into unpredictable political territory.