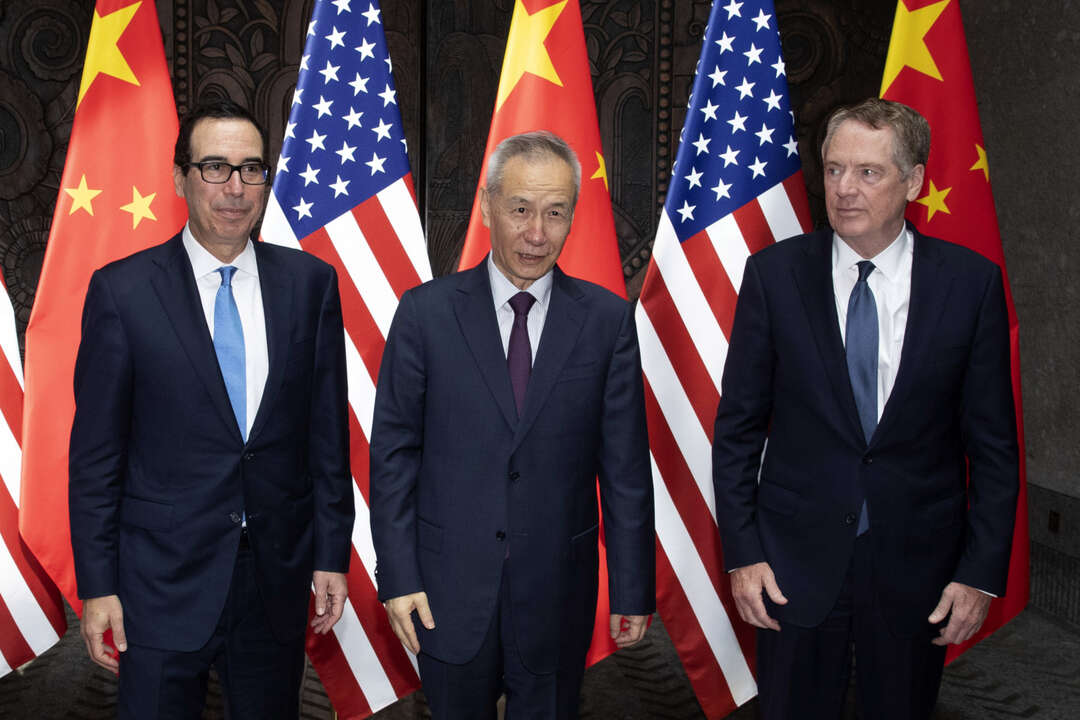 The first face-to-face talks since a ceasefire was agreed to last month in the trade war between the world’s two largest economies amounted to a working dinner on Tuesday at Shanghai’s historic Fairmont Peace Hotel and a half-day meeting on Wednesday, before U.S. Trade Representative Robert Lighthizer and Treasury Secretary Steven Mnuchin flew out.

“The meetings were constructive, and we expect negotiations on an enforceable trade deal to continue in Washington ... in early September,” White House spokeswoman Stephanie Grisham said in a statement.

“Both sides, according to the consensus reached by the two leaders in Osaka, had a candid, highly effective, constructive and deep exchange on major trade and economic issues of mutual interest,” China’s Commerce Ministry said in a statement shortly after the U.S. team left Shanghai.

It was not immediately clear what, if any, further agricultural products China agreed to buy from the United States and when - an issue that had become a bone of contention after U.S. President Donald Trump said China had not made good on promised purchases.

“The Chinese side confirmed their commitment to increase purchases of United States agricultural exports,” the White House’s Grisham said, offering no other details.

Representatives for the U.S. Trade Representative’s office did not immediately respond to a request for comment.

The Chinese statement said negotiators discussed more Chinese purchases of agricultural products from the United States, but did not say there was any agreement to buy more.

The talks began amid low expectations. Trump on Tuesday warned China against waiting out his first term to finalise any trade deal, saying if he wins re-election in the November 2020 U.S. presidential contest, the outcome will be worse for China.

Fresh fears over the trade war and concerns about a protracted fight with little near-term progress weighed on global markets on Wednesday.

Chinese Foreign Ministry spokeswoman Hua Chunying said on Wednesday that she was not aware of the latest developments during the talks, but that it was clear it was the United States that continued to “flip flop”.

“I believe it doesn’t make any sense for the U.S. to exercise its campaign of maximum pressure at this time,” Hua told a news briefing in response to a question about the tweets.

“It’s pointless to tell others to take medication when you’re the one who is sick,” she said.

The U.S.-China trade war has disrupted global supply chains and shaken financial markets as each side has slapped tariffs on billions of dollars of each other’s goods.

An official Chinese government survey released on Wednesday showed factory activity shrank for the third month in a row in July, underlining the growing strains the dispute has placed on the No. 2 economy.

The Shanghai talks were expected to centre on “goodwill” gestures, such as Chinese commitments to purchase U.S. agricultural commodities and steps by the United States to ease some sanctions on Chinese telecoms equipment giant Huawei Technologies Co Ltd ,a person familiar with the discussions told Reuters earlier.

Those issues are somewhat removed from the primary U.S. complaints in the trade dispute such as Chinese state subsidies, forced technology transfers and intellectual property violations - all topics the White House in its statement said were discussed. China’s account of the discussions did not mention any of the non-agricultural issues.

Trump and Chinese President Xi Jinping agreed in June at the G20 summit in Osaka, Japan, to restart trade talks that stalled in May, after Washington accused Beijing of reneging on major portions of a draft agreement. The collapse in talks prompted a steep U.S. tariff hike on $200 billion of Chinese goods.

The U.S. Commerce Department put Huawei on a national security blacklist in May, effectively banning U.S. firms from selling to Huawei, a move that enraged Chinese officials.

Trump said after the Osaka meeting that he would not impose new tariffs on a final $300 billion (245.4 billion pounds) of Chinese imports and would ease some U.S. restrictions on Huawei if China agreed to make purchases of U.S. agricultural products.

But so far, U.S. semiconductor and software makers are still mostly in the dark about the administration’s plans.

In Sao Paulo on Tuesday, U.S. Commerce Secretary Wilbur Ross said decisions on license applications by U.S. firms to resume some sales to Huawei could come as early as next week.

“The two sides discussed increasing purchase of U.S. farm products and the U.S. side agreed to create favourable conditions for it. They will hold future talks,” Hu said, without elaborating.