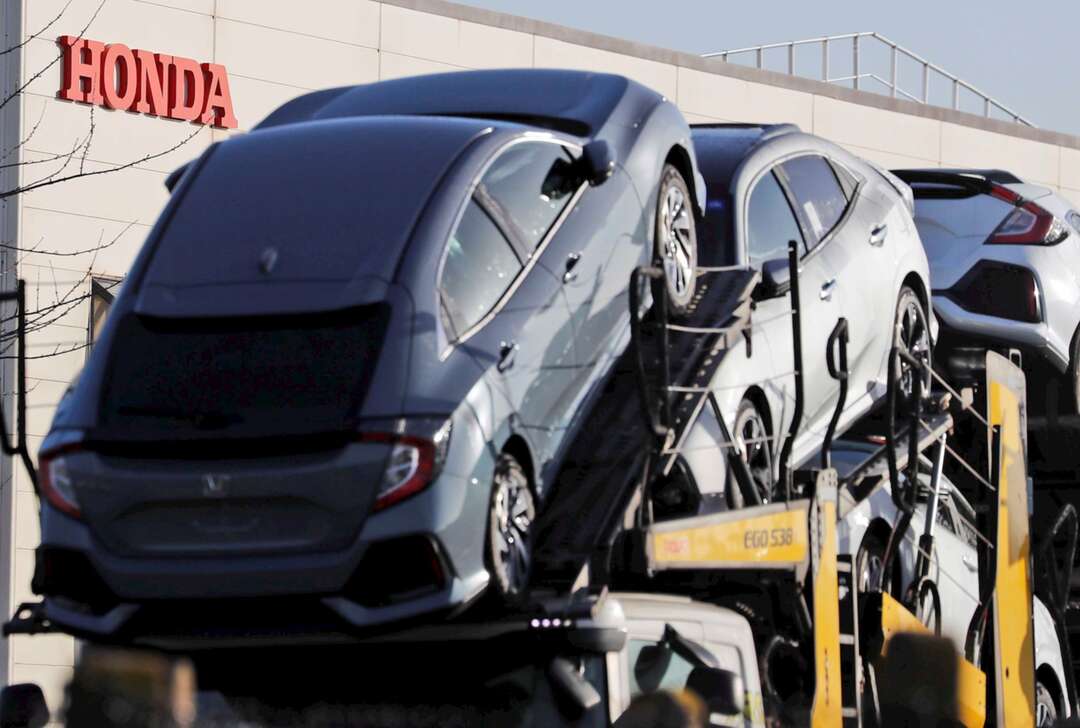 Car makers see no deal as the worst possible option, the country’s leading automotive lobby group said, while in the wider manufacturing segment a survey from the Confederation of British Industry said optimism among smaller British companies had tumbled to a three-year low in July.

Yet an indicator of consumer confidence from market researcher GfK rose unexpectedly in July, while top executives from fashion retailer Next (NXT.L) and banking group Lloyds (LLOY.L) both said they had seen no negative Brexit impact on consumers so far.

Britain’s new prime minister Boris Johnson has repeatedly cautioned that if the EU refuses to renegotiate the Brexit divorce deal agreed by his predecessor Theresa May he will lead Britain out on Oct. 31 without a deal.

Sterling has fallen more than three cents since Johnson was named as prime minister just over a week ago. Many investors say a no-deal Brexit would send shock waves through the world economy and tip Britain’s economy into a recession.

In an indication of the hit from more than three years of Brexit-related political crisis, investment in Britain’s car sector fell more than 70 percent in the first half of the year, the Society of Motor Manufacturers and Traders (SMMT) said.

“The fear of no-deal is causing investors to sit on their hands,” said Chief Executive Mike Hawes. “The worst outcome would be no-deal. That’s what they fear, that is why they’re not investing.”

Britain’s overwhelmingly foreign-owned car industry was rebuilt from the 1980s by the likes of Japan’s Nissan (7201.T), Toyota (7203.T) and Honda (7267.T), which were encouraged by former Prime Minister Margaret Thatcher to use the country as a launch pad into Europe.

Car makers have also spent at least 330 million pounds on Brexit contingencies such as securing warehousing space and stockpiling parts in order to mitigate the impact of possible delays to the movement of models and components at ports.

Supporters of a decisive Brexit say that while there could be some short-term difficulties, the disruption of a no-deal Brexit has been overplayed and that in the long term the United Kingdom would thrive if it left the EU.

Leaving the EU was once far-fetched: Just two decades ago, British leaders were arguing about when to join the euro. Now, British government policy is to leave, “do or die” in Johnson’s words, on Oct. 31.

If it leaves without a deal, Britain would quit the EU’s 500 million-strong single market and customs union overnight, falling back on World Trade Organisation rules that could mean many import and export tariffs. There would be no transition.

Three years of political squabbling over Brexit has left allies and investors puzzled by a country that for decades seemed a confident pillar of Western economic and political stability.

That has made investment in the United Kingdom a hard sell in boardrooms from Tokyo to New York.

And the British consumer is relatively buoyant, according to Next, whose CEO Simon Wolfson said he had seen no evidence of spending being hit by worries over Brexit.

“The encouraging thing is the government is now seriously preparing for no deal,” Wolfson, a Conservative member of Britain’s upper house of parliament, told Reuters.

“If the country is well prepared and we still have free flow of goods through our ports ... then I can’t see any reason why there should be any major impact on the consumer,” Wolfson said.

GfK’s indicator of consumer confidence rose unexpectedly in July to -11 from -13 in June, beating forecasts in a Reuters poll but broadly in line with its range this year.

“Consumers have generally been less affected by Brexit uncertainties than business,” GfK executive Joe Staton said. “However, the coming months to the Oct. 31 departure date will test the strength of this confidence.”