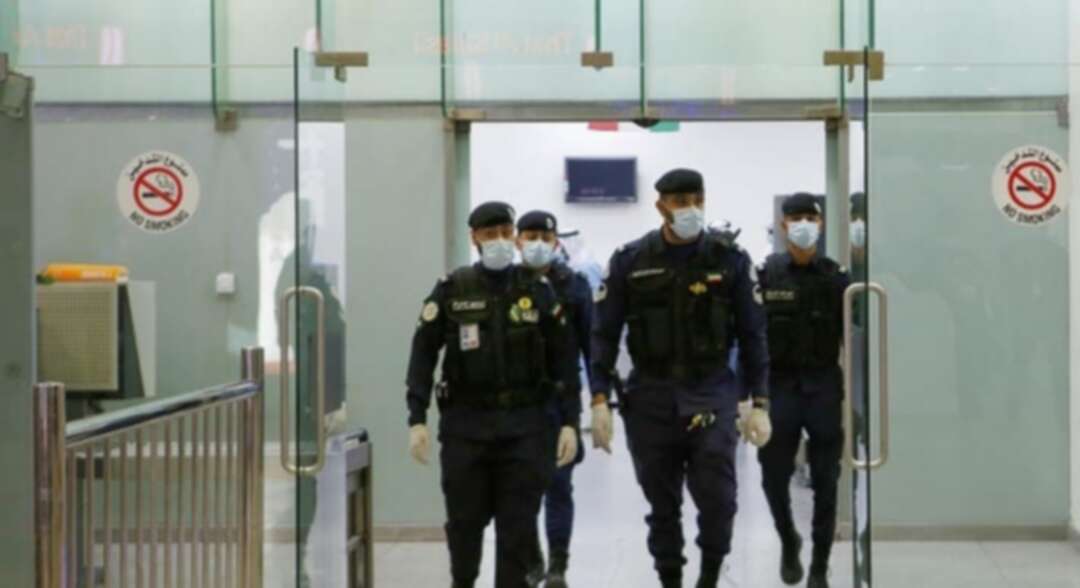 Kuwaiti policemen wearing protective masks wait at Sheikh Saad Airport in Kuwait City, on February 22, 2020, before transferring Kuwaitis arriving from Iran to a hospital to be tested for coronavirus. (AFP)

Kuwait has barred foreign ships, except those carrying oil, from departing to or arriving from several countries to prevent the spread of the coronavirus, according to a notice seen by Reuters on Wednesday.

Oil sector ships are excluded from the ban, the authorities said in a separate notice dated Feb. 25 and seen by Reuters.

At least 45 allowed off Japan coronavirus cruise ship have ‘symptoms’: Minister Americans should prepare for spread of coronavirus: Health officials