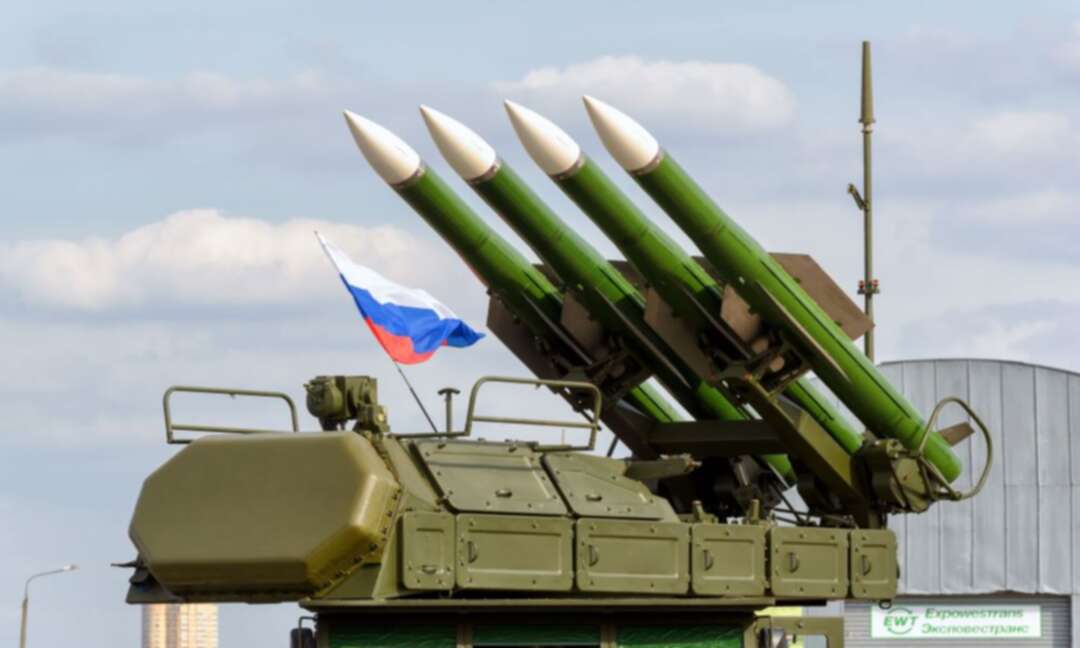 The Associated Press reported, the Kremlin said Friday that it expects the United States to respond next month to Moscow’s request for security guarantees precluding NATO’s expansion to Ukraine.

Russian President Vladimir Putin urged the West on Thursday to “immediately” meet Russia’s demand, accusing the U.S. and its allies of maintaining a military presence “on the threshold of our home.”

Kremlin spokesman Dmitry Peskov said during a Friday conference call with reporters: “To discuss de-escalation, we expect our opponents in Washington to provide specific answers to our proposals in January."

Moscow presented its demand amid soaring tensions over a Russian troop buildup near Ukraine that has stoked fears of a possible invasion. U.S. President Joe Biden warned Putin in a video call earlier this month that Russia will face “severe consequences” if it attacks Ukraine.

Russia has denied plans to launch an attack but has described a NATO expansion and weapons deployment in Ukraine as a “red line.”

During a marathon annual news conference on Thursday, Putin said U.S-Russia talks set to start in Geneva next month were a “positive” move, but he warned that Moscow expects the discussion to produce quick results.

However, the U.S. and its allies have said they won’t give Russia the kind of guarantee on Ukraine that Putin wants. A key principle of NATO is that membership is open to any qualifying country. American officials are conferring with European allies in advance of the Geneva talks.

Ukrainian Foreign Minister Dmytro Kuleba said Friday that his country must be part of any NATO security talks with Russia.

Will Putin dare to invade Ukraine?

“Euro-Atlantic security is at stake in Ukraine, therefore, Ukraine should be part of security consultations on the matter,” Kuleba wrote on Twitter. “We support the idea of the U.S., the EU, NATO talking to Russia as long as the primary topic is ending the international armed conflict, Russia’s war on Ukraine.”

Kremlin spokesman Peskov rejected Western concerns about the Russian troop concentration near Ukraine, saying the country was entitled to deploy its military wherever it considers necessary on its territory. He presented the recent movements as a defensive response to provocations from the West.

He added that “it causes our deep concern and forces us to take certain measures to ensure our security.”

“Whatever Russia does with its troops, it does that on its own territory. and we can’t allow anyone to challenge that sovereign right,” Peskov said. “Russia takes certain action to move and redeploy its armed forces on its territory in view of unfriendly moves by our opponents from NATO - the U.S. and some European countries that have made some unambiguous maneuvers near our borders, conducted reconnaissance flights and deployed warships.”

Russia annexed Ukraine’s Crimean Peninsula in 2014 and shortly after cast its support behind a separatist rebellion in the country’s east. The fighting, which started more than seven years ago, has killed over 14,000 people and devastated Ukraine’s industrial heartland, known as the Donbas.

Earlier this week, Putin warned that Russia will have to take “adequate military-technical measures” if the West continues its “aggressive” course.

On Friday, he hailed another successful test of a new Russian hypersonic missile, saying that a salvo of Zircon cruise missiles was fired “flawlessly” early Friday.

Putin said in a video call with officials: “This is a big event for the country and a major step in strengthening Russia’s security and enhancing its defense capability."

Friday’s launch was the latest in a series of tests of Zircon, which Putin said is capable of flying at nine times the speed of sound to a range of more than 1,000 kilometers (over 620 miles). The new missile is set to enter service with the Russian navy next year and arm its cruisers, frigates and submarines.

Last month, Putin voiced concern that NATO could potentially use the Ukrainian territory for the deployment of missiles that would be capable of reaching Moscow in just five minutes and said that Zircon would give Russia a comparable capability.

Putin said: “It would also need just five minutes to reach those who issue orders."