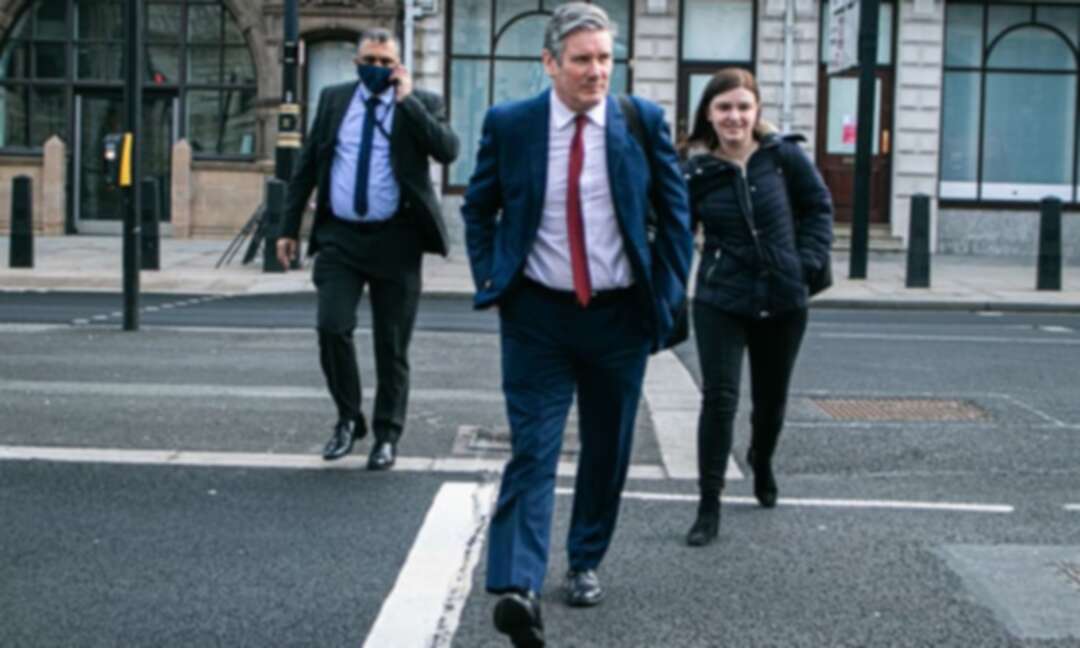 Starmer’s stance has prompted some unease within his shadow cabinet.

Keir Starmer is under pressure to back future rises in corporation tax after a backlash when the Labour leader said he would oppose any new tax on business in next week’s budget.

Treasury officials are believed to be looking at increasing the tax on company profits from the current rate of 19% to up to 25% as the government tries to recoup some of the massive debts incurred during the pandemic, though the rise may be delayed until later in the parliament.

During prime minister’s questions on Wednesday, Starmer said: “Now is not the time for tax rises on families and businesses.”

The shadow business secretary, Ed Miliband, has previously backed moves to increase UK corporation tax – which is the fourth lowest among the 37 member countries in the Organisation for Economic Co-operation and Development (OECD).

Labour appeared to soften its position on Wednesday night, suggesting the party would back a steady minimal increase later in the parliament. A source said: “Let’s look at what the chancellor brings forward: if he’s talking about corporation tax going up gradually across the parliament to an OECD average, that’s one thing, but we don’t think there should be tax rises right now where the focus should be supporting business investment and growth.”

The stance prompted some unease within the shadow cabinet. One Labour frontbencher said they believed it would change, saying: “Not totally convinced … This is a pretty progressive tax policy that I don’t know if we should be opposing. I’m not sure the position today will be the one we end up with.”

But another shadow cabinet source said they thought the expected rise in the budget was “kite flying”. Labour’s line was that tax rises were wrong “right now”, the source said, with any rise in corporation tax likely to come into force later in the parliament.

Three other shadow cabinet sources confirmed to the Guardian that they backed the approach to oppose a corporation tax hike next week. One said: “We’ve said for months we will oppose any rise in this budget and it’s consistent with what we’ve been saying that tax rises now will stifle our recovery. The Tories are turning their backs on business and under new leadership there is a new relationship with business.” A source close to Miliband said he backed Starmer’s caution.

On Wednesday Starmer pushed the prime minister to act on council tax rises and businesses rates relief, saying: “Now is not the time for tax rises on families and businesses.” The exchange was likely aimed to drive a wedge between Boris Johnson and his MPs, many of whom are likely to oppose a rise in corporation tax.

The shadow Treasury minister James Murray, appearing on the BBC on Wednesday afternoon, said the party would not back any tax rises. “We’re in the middle of an economic crisis, and this is not the time to do it,” he said. “If you have a country where businesses are closing, where people don’t have money to spend in the economy and where you haven’t got investment going into public services and infrastructure, that is no way to get the country back on its feet.”

A number of Labour MPs expressed alarm at the position, including backers of Starmer. Stella Creasy said Labour should always back ways to make the system fairer.

“A fairer tax system was our ambition before the pandemic, and will be critical to our recovery after as we pick up the pieces,” she said. “We’ve seen several major corporations make substantial profits as a direct consequence of the pandemic – the same companies who will also benefit from the impact of government support getting those who have been hit by redundancy and debt back on their feet.

“But for that to happen those schemes need to be funded now to stop any more families and small businesses from going under. It’s right that we look at our corporation tax rates and capital gains taxes and ask how and when those with the broadest shoulders can contribute a bit more to the task of rebuilding our nation.”

Another former minister said the party should be actively talking up the creation of a windfall tax for businesses that had profited from the pandemic. “Increasing corporation tax does not affect hard-up firms,” they said. “It’s economically illiterate.”

Starmer’s comments prompted more explicit criticism from the party’s left. A spokesman for the grassroots group Momentum, which championed the former leader Jeremy Corbyn and has been critical of Starmer, said: “During the pandemic big corporations like Amazon have cashed in while working people struggle to get by. Labour should support both raising corporation tax and a special Covid-19 windfall tax for sectors that have made super profits.”

Richard Burgon, the former shadow justice secretary who is secretary of the Socialist Campaign Group of MPs, said: “The question facing all politicians now is: who is going to pay for this crisis? And if we don’t have an answer for that, then we are in a position where Labour doesn’t have an answer to one of the biggest questions facing us. The prime minister rejected my call for a windfall tax. But Labour has to make clear that the super-rich corporations who have increased profits pay their fair share to bringing the end to this crisis.”