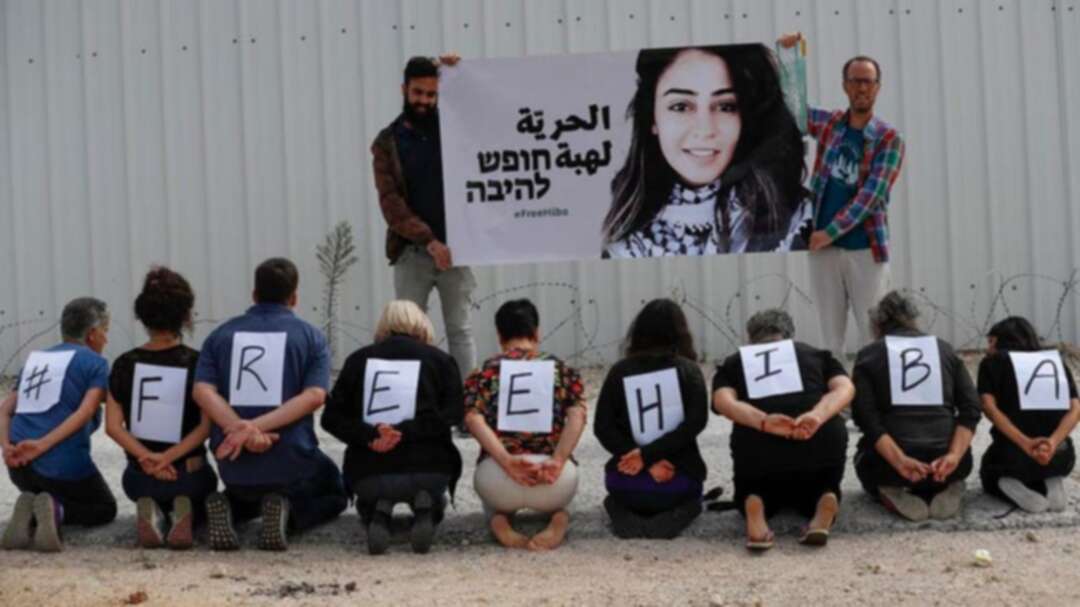 Israeli activists protest in solidarity with Jordanian Hiba al-Labadi (portrait), outside Ofer Prison during her court hearing in the Israeli-occupied West Bank on Oct. 28, 2019. (AFP)

Jordan recalled its ambassador to Israel for consultations in protest at Israel’s refusal to heed its demands to release two citizens it said were illegally detained for months without charges, the kingdom’s foreign minister said on Tuesday.

Ayman Safadi said in a tweet he held the Israeli government responsible for the lives of Hiba Labadi and Abdul Rahman Miri whose “health conditions have severely deteriorated,” adding this was a first “step.”