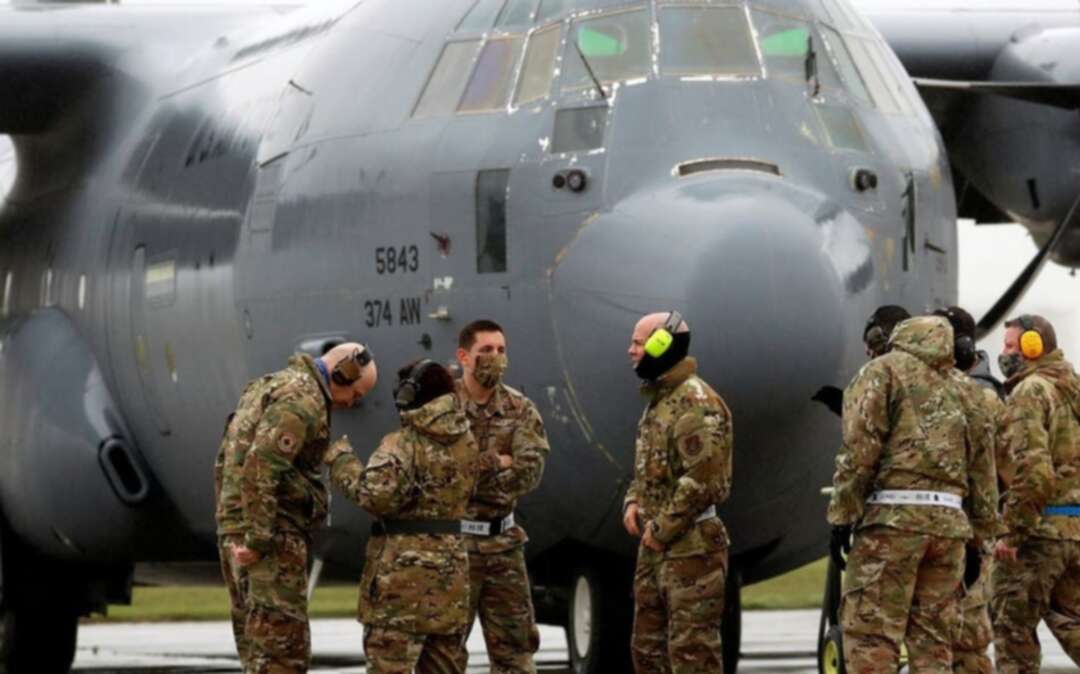 US soldiers wearing protective face masks are seen in front of C-130 transport plane during a military drill amid the coronavirus disease (COVID-19) outbreak, at Yokota US Air Force Base in Fussa, on the outskirts of Tokyo, Japan May 21, 2020. (File photo: Reuters)

Japanese, US and French troops kicked off their first-ever joint military drill Tuesday in southwestern Japan, as concerns rise over China’s growing assertiveness in the region.

An Australian naval ship is also taking part in the week-long air, land and sea exercises involving 300 ground troops from the three countries.

It comes as Tokyo looks to deepen defense ties beyond its key US ally and with eyes on Beijing’s moves in the East and South China seas.

“The drill is no doubt a deterrent to China’s increasingly aggressive behavior in the region,” Takashi Kawakami, head of the Institute of World Studies at Takushoku University, told AFP.

“In the long term, European commitment in the Indo-Pacific could lead to closer ties between Japan and NATO, something former prime minister Shinzo Abe advocated,” he added.

The drills, which include fighter jet and amphibious operation exercises, will be held in the Kyushu region and at sea with virus countermeasures.

A Japanese submarine and 10 surface ships -- six Japanese, two French, one American and one Australian -- will be used, a French naval official told AFP.

China claims the majority of the South China Sea, invoking its so-called nine-dash line to justify what it says are historic rights to the key trade waterway.

It is particularly concerned by Chinese activity around the Japanese-administered Senkaku islands, which Beijing claims and calls the Diaoyus.

France has strategic interests in the Indo-Pacific including territories like Reunion in the Indian Ocean and French Polynesia in the South Pacific.

The nation unveiled its own Indo-Pacific strategy in 2018, describing Japan, Australia, India and the US as key strategic partners in the region.

Japan has rarely held joint military drills with European counterparts, but both a British aircraft carrier and German frigate are expected to be sent to the Indo-Pacific region later this year.