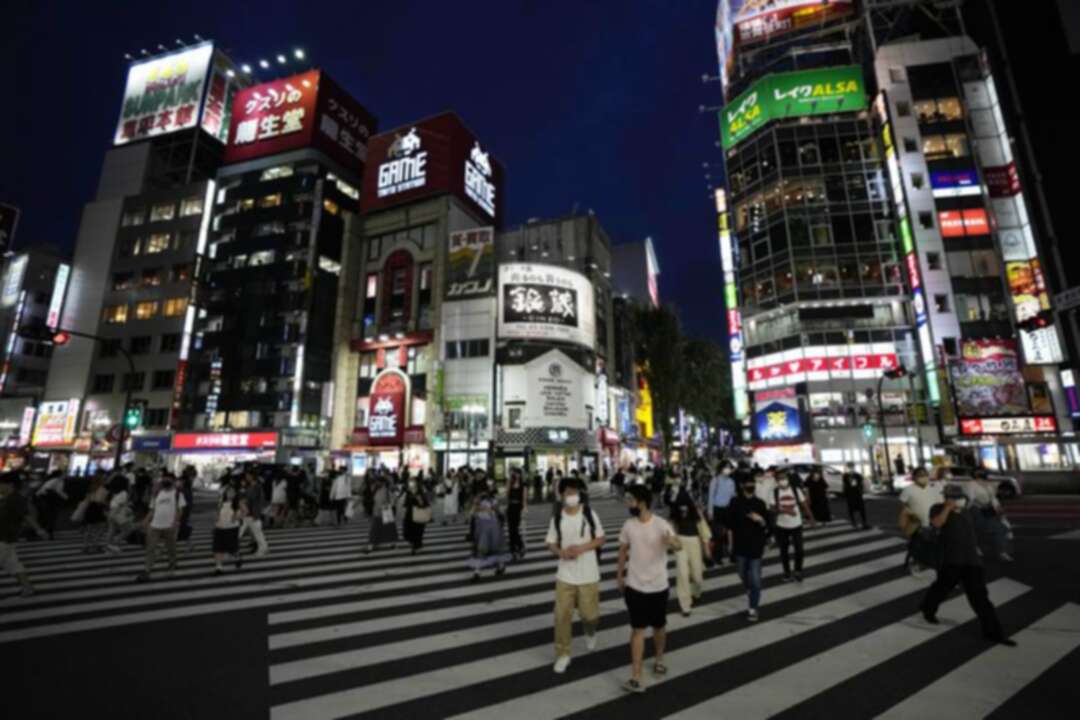 People walk along a pedestrian crossing in japan

The AP reported from Tokyo that Japan expanded a coronavirus state of emergency to four more areas in addition to Tokyo on Friday following record spikes in infections as the capital hosts the Olympics.

Prime Minister Yoshihide Suga declared an emergency in Saitama, Kanagawa and Chiba, near Tokyo, as well as in the western city of Osaka, effective Monday until Aug. 31. Emergency measures already in place in Tokyo and the southern island of Okinawa will be extended until the end of August, after the Olympics and well into the Paralympics which start Aug. 24.

The upsurge in cases in Tokyo despite more than two weeks of emergency measures is raising doubts that they can effectively slow infections.

Five other areas, including Hokkaido, Kyoto, Hyogo and Fukuoka, will be placed under less-stringent emergency restrictions.

Tokyo has reported a record increase in cases for three days in a row, including 3,865 on Thursday, before logging another 3,300 on Friday. The cases have doubled since last week, although officials say the surge is unrelated to the Olympics.

“Infections are expanding in the Tokyo and western metropolitan areas at an enormous speed that we have never experienced before,” Suga said as he declared the expansion of the state of emergency. If the spike continues at the current pace with the spread of the more contagious delta variant, Japan’s medical system could collapse, he said.

Japan has kept its cases and deaths lower than many other countries, but its seven-day rolling average is growing and now stands at 28 per 100,000 people nationwide and 88 per 100,000 in Tokyo, according to the Health Ministry. This compares to 20.2 in the United States, 42.4 in Britain and 2.9 in India, according to data from Johns Hopkins University.

Officials said 2,995 are hospitalized in Tokyo, about half the current capacity of 6,000 beds, with some hospitals already full. More than 10,000 others are isolating at home or in designated hotels, with nearly 5,600 waiting at home while health centers decide where they will be treated. Tokyo is also setting up a facility for those requiring oxygen while waiting for hospital beds. 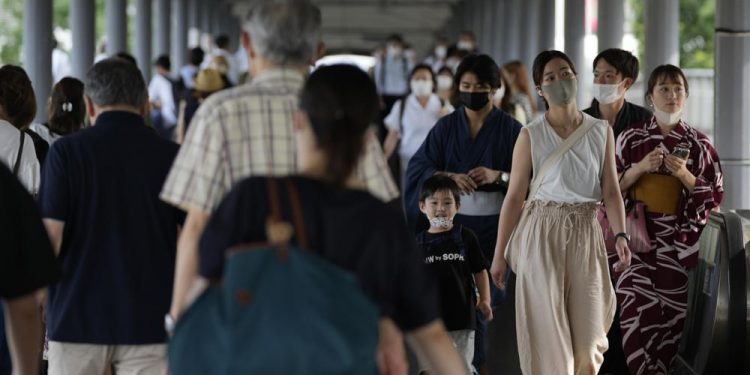 People wearing protective masks pass through a pedestrian bridge Friday, July 30, 2021, in Yokohama, south of Tokyo. Japan is set to expand the coronavirus state of emergency in Tokyo to neighboring prefectures including Saitama, Chiba and Kanagawa, where Yokohama is located, and the western city of Osaka as infections surge to new highs while the capital hosts the Olympics. (AP Photo/Kiichiro Sato)


The emergency measures focus on shortened hours and an alcohol ban at eateries and karaoke bars, but have become less effective because people are only requested to remain and work at home. Many have been defying the measures as they become tired of restrictions.

Suga said his key strategy will be largely unchanged — to target dining. He said subsides will be paid faster to business owners who cooperate, and local authorities will patrol “to increase the effectiveness of the measures.” Many bars and restaurants complain they are being unfairly targeted.

He said at a later news conference that the government has approved the use of an antibody cocktail treatment for patients with mild symptoms to prevent them from worsening. But as thousands of people wait for hospital beds, the treatment may be too late for many, experts say.

Suga, who has faced criticism for insisting on hosting the Olympics despite widespread health concerns, said the recent upsurge is not linked to the Games. He pledged to accelerate inoculations of younger people who are increasingly becoming infected.

But holding the Olympics “sends a conflicting message when people are being asked to limit their activities,” Tetsuya Shiokawa, an opposition Japanese Communist Party lawmaker, said in parliament Friday.

Earlier Friday, Tokyo Gov. Yuriko Koike noted that people in their 30s or younger account for many recent cases and urged them to “share the sense of crisis” and follow basic measures such as mask wearing and avoiding having parties.