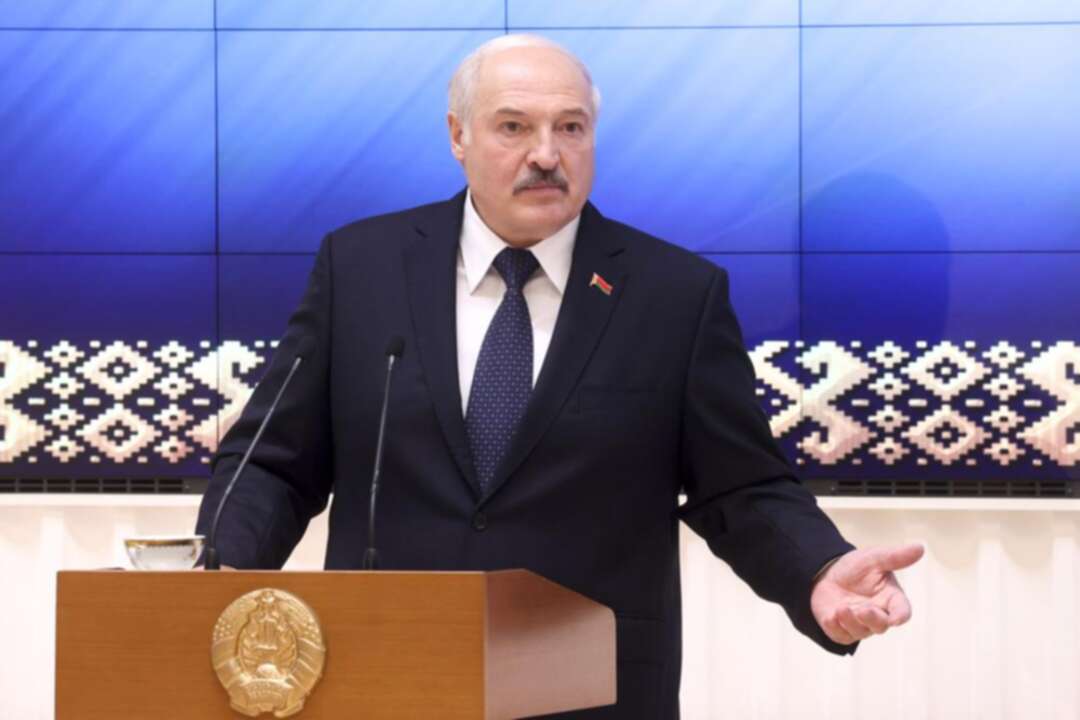 The AP reported Belarus’ authoritarian president said Friday he’s prepared to invite Russian troops into the country if such a move is necessary to ensure the security of both Belarus and Russia.

But, President Alexander Lukashenko said, at the moment “there is absolutely no need” to do that.

In remarks carried by the state-run Belta news agency, Lukashenko stressed that he had dealt with last year’s anti-government protests without involving other countries’ armed forces, but added that he would not hesitate to bring in Russian troops if necessary.

Belarus is able to quickly deploy 500,000 of its own personnel, but “if it is not enough, all Russian armed forces will be brought in,” Lukashenko said, according to Belta. “If it is necessary, we won’t hesitate.”

Russia and Belarus have close military and defense ties. Two Russian radar stations communicating with nuclear submarines in the Atlantic and Indian oceans and parts of the Pacific are based in Belarus. In September, the two ex-Soviet nations are scheduled to conduct large-scale joint military exercises.

Until recently, Lukashenko’s government had resisted Moscow’s attempts to expand military presence in Belarus and rejected requests to open an airbase and station additional troops in the country.

But amid the political crisis that unfolded in Belarus after Lukashenko’s reelection to a sixth term in August 2020 was met with huge protests, Russia promised its neighbor military support and allocated a $1.5 billion loan for Belarus’ ailing economy. 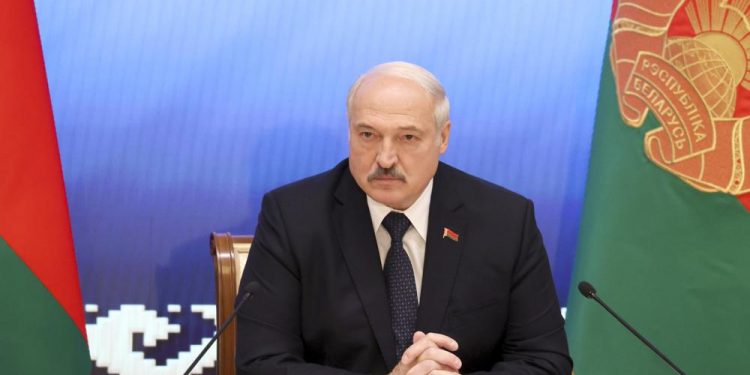 
Lukashenko faced months of protests that were triggered by his being announced the winner of an August 2020 presidential vote that the opposition and the West saw as rigged. He responded to demonstrations with a massive crackdown that saw more than 35,000 people arrested and thousands beaten by police.

The United States and the European Union have imposed multiple sanctions targeting the Belarusian leadership and key sectors of its economy in the wake of the crisis.

Belarusian political analyst Valery Karbalevich told The Associated Press that Lukashenko’s statements on Friday were a clear attempt to scare the West.

“For the first time, he threatened with the deployment of Russian troops to Belarus. However, the Kremlin is no hurry to support these initiatives,” Karbalevich said.

Lukashenko has accused the West of attempting to orchestrate a revolution in the country he has ruled with an iron fist for decades and of plotting a coup, including by pressuring Belarus with sanctions. His challenger in the election fled to Lithuania and Lithuanian officials say authorities in Belarus are now flooding Lithuania’s border with migrants to put that EU nation under pressure.

“They seem to seek out our sore spots. They hit primarily the export sectors of the Belarusian economy: petrochemistry, mechanical engineering, potash, and so on. But the main goal is to leave the people without pensions, salaries, benefits, education, medical care and cause discontent among Belarusians,” Lukashenko said.

The Belarusian president called for further action against the country’s human rights groups, alleging that behind them are foreign masterminds, and said government pressure on independent media would continue.

“Freedom of speech that we’re protecting under the constitution today has turned into extremist activities,” Lukashenko charged, urging state officials to closely control every journalist and blogger. “It’s one thing to criticize the authorities. We have always took criticism adequately ... It’s a different thing to call for a rebellion and massacre of those who don’t support these so-called revolutionary, thuggish sentiments.”

Belarusian authorities in recent weeks have ramped up the pressure against non-governmental organizations and independent media, conducting more than 200 raids of offices and apartments of activists and journalists this month alone, according to the Viasna human rights center.

The Belarusian Association of Journalists said raids and detentions targeting reporters continued Friday in Minsk and other cities. Earlier this week, the authorities declared the Polish-funded Belsat TV channel an extremist group.

A total of 28 Belarusian journalists remain in custody either awaiting trial or serving their sentences. Journalist groups on Thursday demanded that authorities give urgent hospital care to a leading journalist who has been in pre-trial detention.