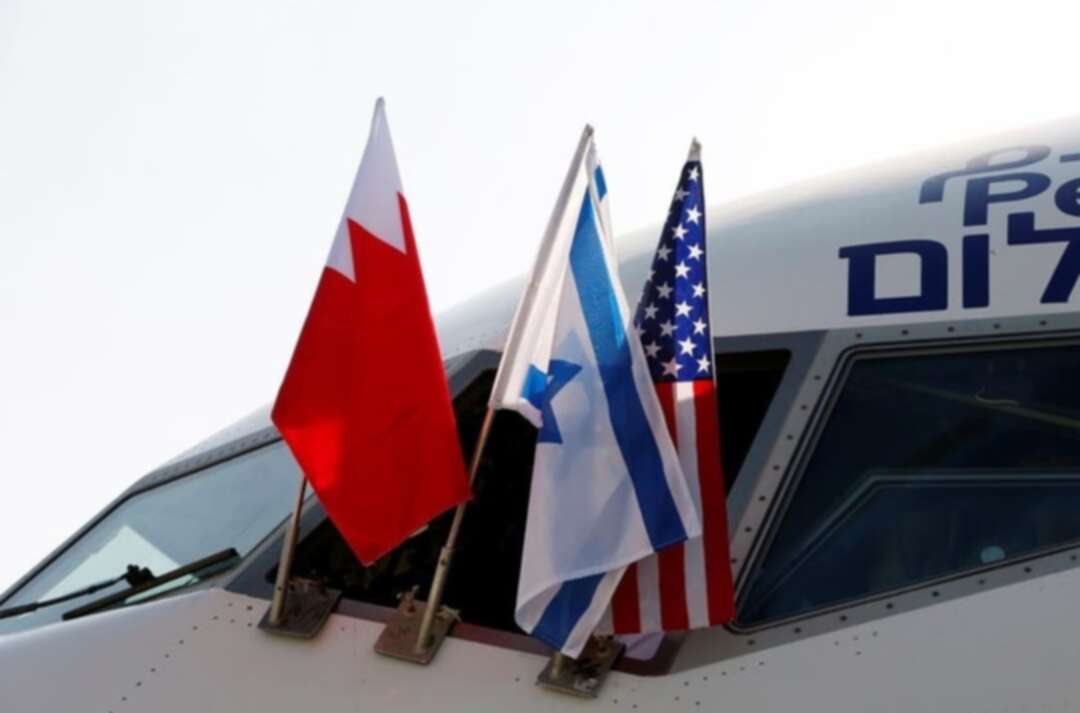 The national flags of Bahrain, Israel and America, are seen attached to the Israeli flag carrier El Al plane that will fly an Israeli delegation, accompanied by U.S. aides, to Bahrain to formalise relations and broaden Gulf cooperation, at Ben Gurion International Airport, in Lod, near Tel Aviv, Israel October 18, 2020. (Reuters)

Israel and Bahrain announced a deal to recognize each other's COVID-19 vaccination programs and let people who have had shots travel without restriction between their countries, according to official statements from the two nations.

“According to the agreement, people who have been vaccinated in both countries and received vaccinations recognized in the other country will be exempt from quarantine and be able to enter places that require a ‘green passport’,” according to a statement from Bahrain’s Foreign Ministry.Bahrain said that the next phase of the agreement would see arrangements made for people who have been vaccinated with a vaccine that is not recognized by one of the two countries.

“The identification process will be carried out digitally, which will greatly facilitate entry into both countries and is expected to strengthen tourism, trade, and economic relations between the two countries,” Bahrain’s Foreign Ministry said.

Bahrain’s national carrier has already begun to accept bookings for its first direct flight to Israel’s Tel Aviv set to take off on June 3. According to the Centre for Aviation website, Gulf Air plans to commence a twice-weekly Bahrain-Tel Aviv service with A320neo aircraft starting on June 3, according to a March 23 GDS inventory and timetable display.

Bahrain and Israel formally recognized its peace deal normalizing ties between each other during a signing ceremony in Manama last October that included seven Memorandums of Understandings (MoUs) in various fields including those in trade and security.