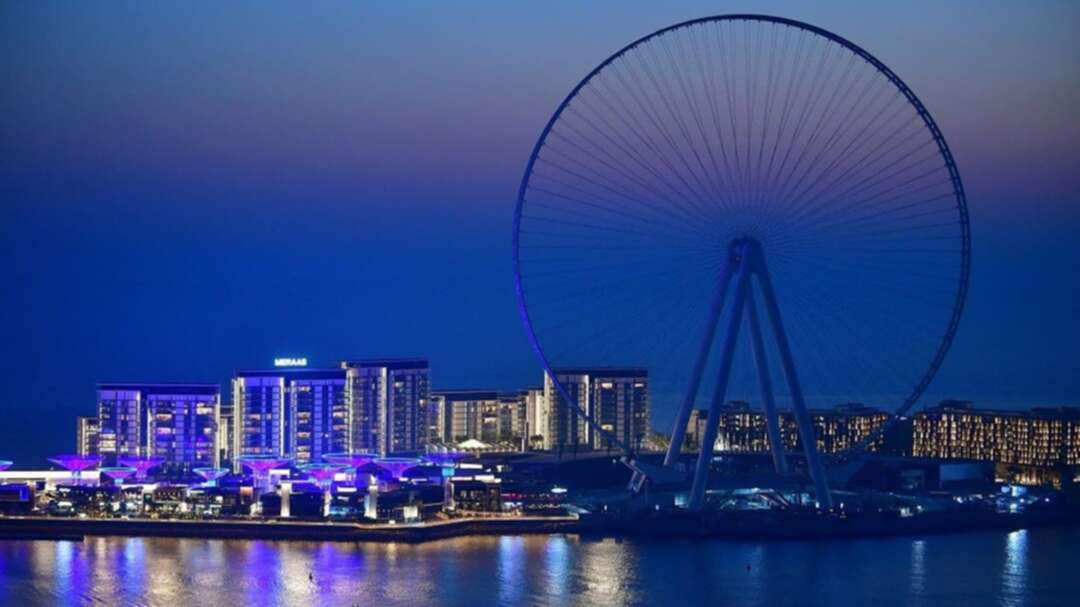 A boat sails in front of the Ain Dubai (Dubai Eye) ferris wheel located on the Bluewaters island in the Gulf city of Dubai, on May 28, 2020. (AFP)

Dubai has denied issuing any permits to any establishments in the emirate to engage in gambling activities, according to a tweet from the Government of Dubai Media Office.

The official denial came in response to recent rumors circulating on social media that a number of hotels in Dubai had obtained licenses for gambling activities and that it would begin by Eid al-Fitr.

Under UAE law, gambling is currently illegal and punishable by “imprisonment and a fine of no less than 250,000 dirhams and not more than 500,000 dirhams, or one of the two penalties to whoever creates, manages, or supervises a site, broadcasts, sends, publishes, or reposts pornographic material or gambling activities through the Internet, and anything else that may disturb public morals.”