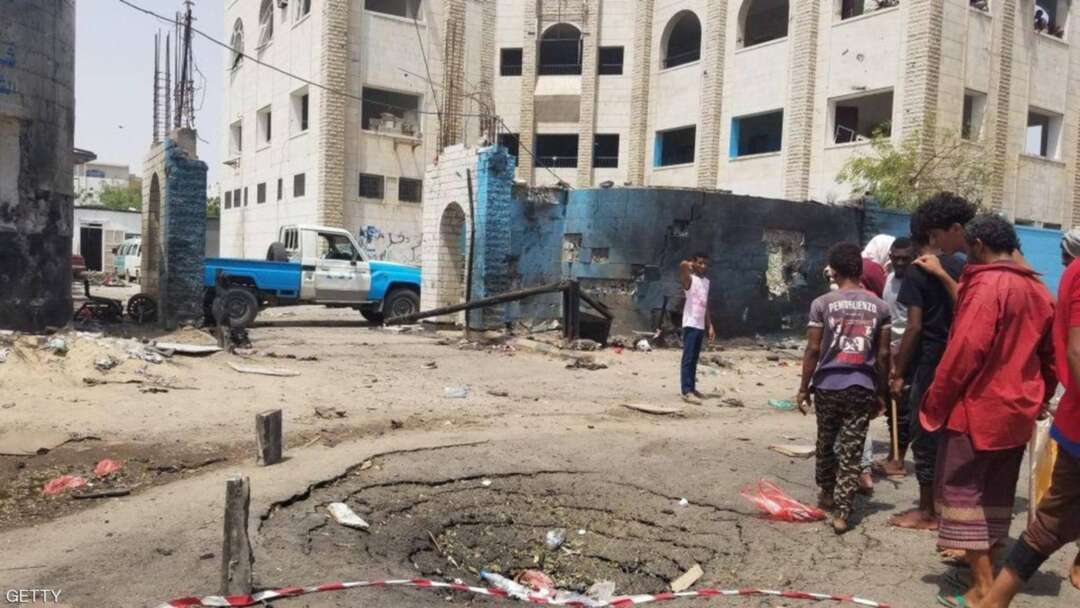 Developments in the past few days have revealed that extremist organizations are exploiting events in southern Yemen to reorganize their ranks, amid questions about who drives them. As reported by locals, they appear and disappear according to political parties’ interests such as Islah.

It is noteworthy that al-Khader Judeib, one of the most prominent leaders of al-Qaeda in Yemen, who is responsible for dozens of terrorist attacks, has become the right arm and Commander of the Guard of Yemen's interior minister, Ahmed al-Maisari.

Soon he then became a leader of the pro-legitimacy reform forces that tried to occupy Aden in the past few days before having been shattered on its walls.

Even though he is wanted on international and Yemeni terrorism lists, Judeib has held positions in Yemeni legitimacy. This in return has raised doubts about President Abed Rabbo Mansour Hadi's commitment to fighting terrorism.

This highlights the open relations between the government and the terrorist organizations in Yemen, which until recently controlled the major cities and governorates of the south such as Aden, Hadramout, Abyan, and Shabwa committing the most heinous crimes against thousands of Yemenis.

However, it has gone now and has changed and disappeared within a short period. Thanks to the rearrangement and establishment of security forces that are capable of confronting and defeating terrorism. These forces along with the elites and the security belts that have emerged from the southern resistance in the provinces of the south have succeeded in liberating a number of Yemeni provinces from the control of the other side of terrorism: the Houthi militias.

With the support, rehabilitation and training of the Arab Coalition, the security forces, elites and security belts have been able to liberate Aden, Abyan Falhaj and Hadramout coast- the largest province of the country- from the control of al-Qaeda and ISIL.

Those areas began an era of security, stability and prosperity, which naturally did not appeal to the terrorist groups and parties to which they are linked to and run by.

After the security belt forces have expelled the Islah party militia from Aden on Thursday, the city was hit by terrorist attacks onFriday; one of which was claimed by ISIL.

Interests that determine the operations of al-Qaeda

Political researcher Samir al-Yousifi told Sky News Arabia that al-Qaeda has been present in Yemen since the 1990s and is based in the mountains of Abyan, al-Bayda and Shabwa in the south of the country.

He added that the group entered the south in the nineties in a deal with the Authority. By then, it has not been recognised as a terrorist figure as it is now.

He said that "Al Qaeda" in Yemen goes and returns according to the interests of certain parties. He pointed out that when they were besieged in the southern provinces, they fled to the mountains, but they have recently returned to launch attacks after being asked to play this role.

"Unfortunately, legitimacy is involved in this dossier," he said. "We expected it to fight the Houthi five years ago."

Ahmed al-Saleh, a political scientist and writer, told Sky News Arabia, "if we track the movement of terrorist organizations, in terms of their activity and inactivity, we will come to the conclusion that these groups have a unified operating room that controls their moves."

He said that terrorist organizations in Yemen show and launch attacks when Islah is in a dead lock or when it loses its positions and influence.

He added that these groups disappeared during the past years in the south because of the sacrifices of the elites, the security belts and the southern resistance.

He stressed that the terrorists did not target al-Houthi although they consider him an enemy, but they began targeting the opponents of those who move them instead.

Erdogan avenges: a tweet worth 10 years of imprisonment under the new dictatorship Al-Mesmari: Turkish-Qatari destructive role deepens the Libyan crisis