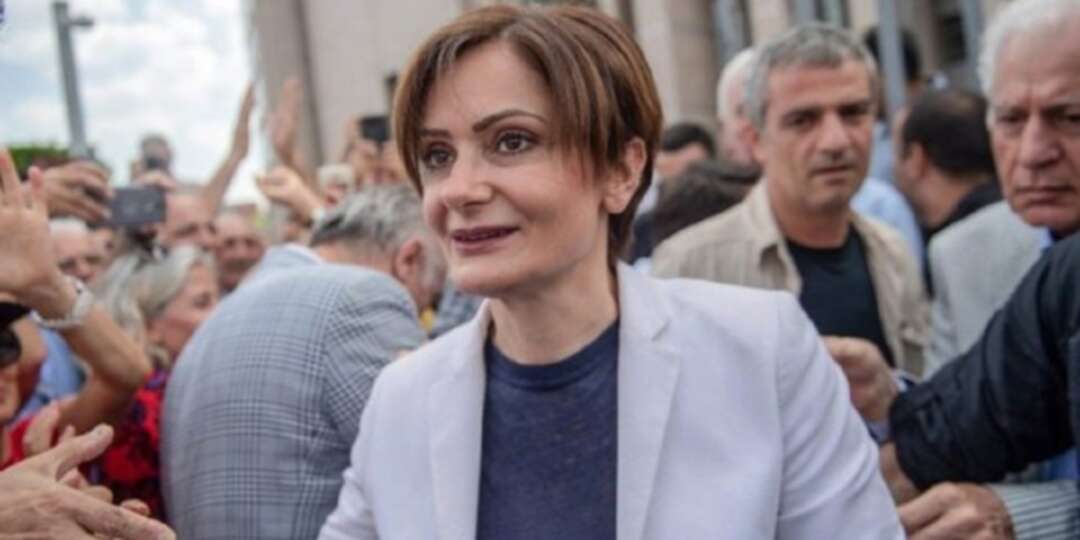 “They think they can scare us but we will keep talking” opposition Republican People's Party (CHP) leader Canan Kaftancioglu said among her supporters outside the court.A Turkish court sentenced Kaftancioglu to nine years and eight months in prison on various charges including insulting the president and spreading terrorist propaganda, based on several social media posts and tweets criticizing President Recep Tayyip Erdogan. The verdict is subject to appeal.

The sentencing came hours after a press conference held by Justice Minister Abdul Hamit Gul in Ankara on the subject of imminent judicial reforms, " Our first package of judicial reform includes regulations that further secure freedom of thought and expression, eliminate arbitrariness in arrest and differences in implementation," he said according to the Bianet news site .

Kaftancioglu, one of the strongest opposition voices in the party, would appeal the sentence, for which she had not yet been arrested. The charges against Kaftancioglu are based on tweets published between 2012 and 2017.

"Decisions are not taken in the courts, but in the presidential palace," Kaftancioglu told hundreds of supporters outside the court after the verdict.

"This trial is aimed at punishing Istanbul and those who helped the victory of the people of Istanbul. I will never give up my ideas and my convictions. They think they can scare us but we will continue to speak," she added.

Kaftancioglu was a prominent figure in the local election campaigns in Istanbul, won by the Republican People's Party (CHP) after 25 years of dominance by the Justice and Development Party led by Recep Tayyip Erdogan.

The charge of spreading terrorist propaganda, for which she received an 18-month prison sentence, was due to her quoting a member of the outlawed Kurdistan Workers Party (PKK), which has been waging a bloody insurgency against the Turkish state since 1983.Turkish President Recep Tayyip Erdogan has criticized Kaftancioglu after she was appointed to the Istanbul chair in 2016., and said: “Insulting our nation's values, history, and culture is not a policy, its name can only be enmity of the nation” referring to her tweets against him, according to Hürriyet Daily News.

the posts used by the prosecution against Kaftancioglu included a tweet criticizing the death of a 14-year-old boy with a tear gas bomb during the 2013 Gezi Park protests, and her critical tweets also addressed the repercussions of the 2016 coup attempt against Erdogan.

The judges on the verdict said they did not suspend the sentence because Kaftancioglu showed no remorse and pointed to the fact that she read a poem by the famous poet Nazim Hikmat before a previous hearing, confirming her belief that the courts are not impartial, and she repeated this action on Friday.Kaftancioglu assured reporters outside the court that the verdict would not silence her. “You all and I do not deserve this. "If the court's ruling is inconsistent with the law and comes based on the wishes of the political authority, then there is no law in this country."

Human rights defenders accuse Erdogan of using the judiciary as a political tool, especially after thousands of judges were dismissed after a coup attempt in 2016.

177 protests against Iran’s Mullah regime in 57 Iranian cities in August 2019 ISIL and al-Qaeda .. Who drives the terrorist organizations in southern Yemen?