James Denselow
The COP26 Conference in Glasgow was intended to be a diplomatic showstopper for the British Prime Minister Boris Johnson. The plan was for him to be seen bringing the world together to deal with an issue of fundamental importance to the future of the species. Yet Covid meant that not all world leaders were able to attend and the success of the summit. The actual results were mixed and the fact that the Chair was in tears at the end in response to the watering down of language around coal will provide perhaps a more lasting memory than some of the detailed agreements in paper.

More surprising for observers was that the Prime Minister Johnson was forced to deal with a corruption scandal in the midst of the summit. At a press conference Johnson faced a barrage of questions about ethical standards in politics that he felt obliged to argue that the UK “is not remotely a corrupt country”. The accusations are linked to a Member of Parliament, Owen Paterson, who was found guilty by the Standards Watchdog of “egregious” breach of lobbying rules.

Rather than facing a suspension from the Commons and a possible byelection the Government proceeded to attempt to change the rules by which cases like Paterson’s were investigated. This sparked a furious response by opposition parties and in the media that quickly saw the Government U-turn from having pushed a vote on the matter, Paterson quit as an MP and the Conservative party see a nosedive in the polls.

It also sparked a wider conversation as to whether the UK’s political establishment is in essence corrupted, hence the Prime Minister having to answer to it at a summit where he was expecting to be talking about deforestation and keeping global temperature rise to 1.5 degrees C. At the heart of the matter is the question around whether Members of Parliament should be allowed to have second jobs that often pay more than their role as representative of the people.

The storm that engulfed the political establishment quickly worsened when it was revealed that a former Government Minister, Sir Geoffrey Cox, had been earning serious money whilst working as a lawyer and living in the Cayman Islands. Sir Geoffrey wasn’t technically in breach of any rules but that seemed half the problem in and of itself that people whose job is to work on behalf of their constituents were able to have so much latitude to do other work.

Those who argue in defence of MPs having second jobs say that it gives more diversity of views to the House of Commons. That medics and lawyers should be continued to allow to work means they can utilise this experience to better scrutinise legislation and government policy. However, things become a lot harder to justify when the opaque world of lobbying and influencing comes into question. The Paterson case showed that the MP had repeatedly demanded access to ministers and regulators on behalf of his paying clients. The notion of elected representatives actually representing companies who pay for their access is of course an anathema to a true democracy and this explains part of the outrage to the events of the past two weeks.

It has also sparked an internal debate between MPs who have second jobs and those who don’t. Often it is the MPs in safe seats who don’t have to worry about competitive elections who can afford to take on work away from Westminster, whilst those who need to worry about every vote can’t afford to take their eye of their constituency. This appears to be the recipe for a two-tiered representative democracy with some UK citizens getting a more attentive and focused MP than others, whilst this may not equate to corruption as it is mostly done in the public eye and through the Members Registers of Interests, it doesn’t reflect well on one of the oldest democracies on the planet.

Indeed, the next election, whenever it is, may see more bold policy pronouncements around this issue both looking to tighten up the revolving door around lobbying and influencing, as well as address the question as to whether MPs should have second jobs or not head on. Without these steps being taken then it would seem likely that the British public’s faith in their democratic representatives may continue to haemorrhage. 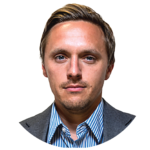