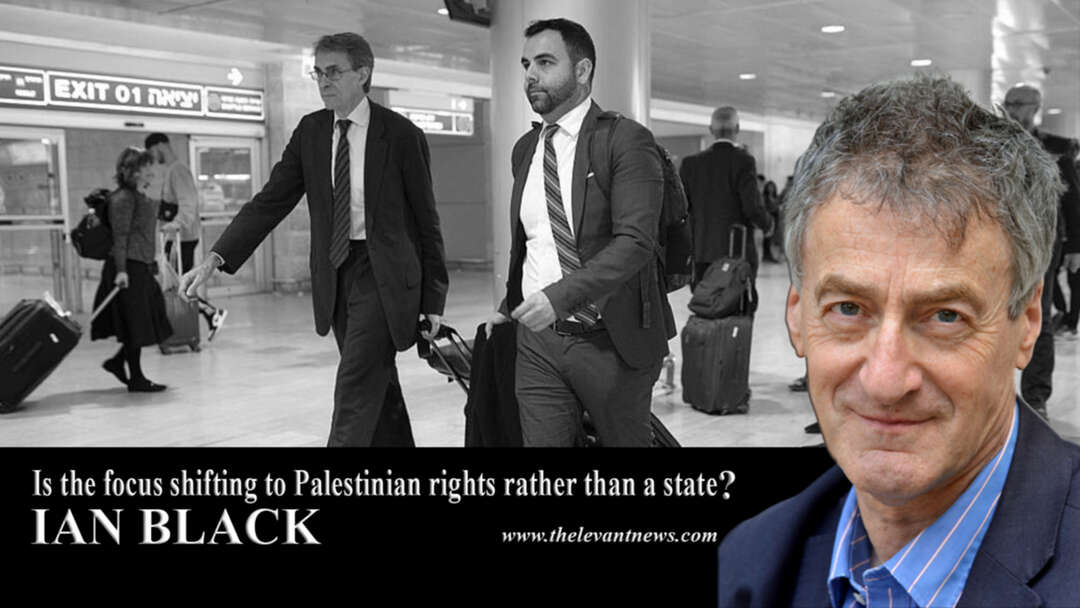 Is the focus shifting to Palestinian rights rather than a state

On November 25 a US citizen called Omar Shakir was deported from Israel. Unusually, Shakir gave a press conference at Ben-Gurion Airport near Tel Aviv before boarding his flight to explain why he was leaving against his will and what the implications were for the future of the conflict between Israel and the Palestinians.

Shakir was the Israel-Palestine director for the NGO Human Rights Watch. His lawyers had failed to convinced Israel’s High Court to overturn the judgement of a lower court ordering his removal on the basis that he supported BDS, the international movement promoting boycott, disinvestment and sanctions again Israel.

Shakir had previously been deported from Egypt for highlighting concerns about human rights abuses during the Arab Spring. He was also refused entry to Syria and Bahrain. Israeli officials said his expulsion was the first under a 2017 law allowing the deportation of foreigners who back BDS. He will now relocate to Amman to carry on his work.

The drama of his expulsion, however, masked a far more significant development in terms of evolving attitudes to the world’s most intractable conflict. That was contained in a landmark report published by HRW in mid-December. It called for equal rights for Palestinians living under Israeli rule in the West Bank – and was a serious blow to the familiar idea that a “peace process” of any kind was likely to end Israel’s occupation 52 years since the Six Days War of June 1967.

“Israel’s efforts to justify depriving Palestinians of basic civil rights protections for more than half a century based on the exigencies of its forever military occupation just don’t fly anymore,” said Sarah Lea Whitson, HRW director for the Middle East. “Given Israel’s long-term control over Palestinians, it should at minimum allow them to exercise the same rights it grants its own citizens, regardless of the political arrangement in place.”

The report reflects growing frustration with the maintenance of the status quo as the majority of governments across the world remain committed to the idea of a two-state solution to the conflict – even as the chances of that happening have all but disappeared.

The combination of a decade of rule by Binyamin Netanyahu, the relentless growth of Jewish settlements and the debilitating split between the PLO and Hamas are all factors. Donald Trump, with his open bias towards Israel and hostility to the Palestinians, has been another.

“Suspending rights for a short period may temporarily disrupt public life, but long-term, indefinite suspension cripples a community’s social, political, and intellectual life,” HRW said. “The longer an occupation, the more military rule should resemble an ordinary governing system that respects the standards of international human rights law that apply at all times. In cases of indefinite occupation, such as Israel’s, the rights granted to an occupied population should be at least equal to the rights afforded the occupier’s citizens.”

Governments have been reluctant to adopt such an approach – however pessimistic they really are about the chances of achieving two states. Part of the problem is that the Palestinian Authority remains committed to securing an independent state. Formally adopting a rights-based approach would signal that prospects for that are diminishing.

“International reluctance to discuss alternatives….. is less a refusal to recognize the trends that have undermined it and more a fear of abetting those trends,” as Nathan Brown and Marwan Muasher have argued. “Open embrace of an alternative approach threatens to legitimate Israeli settlement activity, acquiesce in the Israeli annexation of Jerusalem and perhaps parts of the West Bank, abandon the tremendous international investment in the PA, and encourage rejectionist actors (including Hamas) on the Palestinian side.”

Another sign of changing attitudes was the December 20 announcement of the prosecutor of International Court of Justice in The Hague that there is a basis to investigate Israel for war crimes in the West Bank and Gaza. But Fatou Bensouda has requested that the Court decide whether its jurisdiction extends to the Palestinian territories. Netanyahu responded by saying that the prosecutor had turned the ICC “into a political tool to delegitimize the State of Israel.”

Israel views the BDS movement as a strategic threat and accuses it of anti-Semitism — a claim activists strongly deny. Supporters compare it to the economic isolation that helped bring down apartheid South Africa. HRW insisted that neither it nor Shakir, as its representative, had ever called for a boycott of Israel. Both, however, had urged businesses – Airbnb for example - to stop operating in illegal settlements as part of their duty to avoid complicity in human rights abuses.

It has become increasingly fashionable, especially abroad, to talk about the need to create one democratic state with equal rights for the two peoples who live between the Mediterranean and the River Jordan. But that will require Israelis to give up their hard-fought – and internationally-recognized - right to self-determination, and Palestinians the right to their own sovereign state. Given the history of the conflict, it is hard to imagine either side accepting that is the price they will have to pay for peace and co-existence.