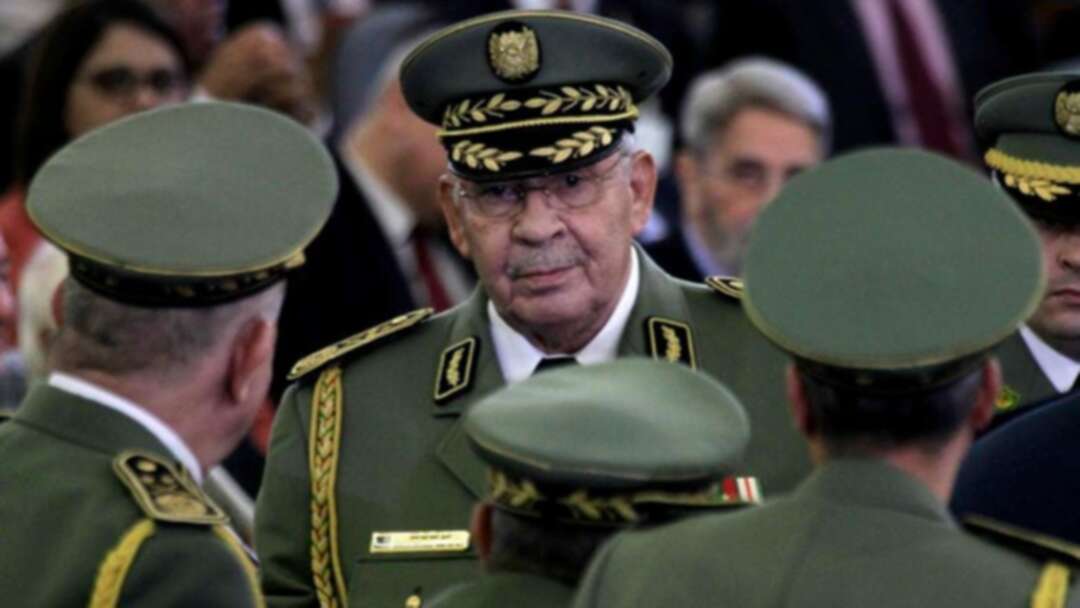 The 79-year-old's death comes at a time of mass protests across Africa's largest country as people demand that the ruling elite quits power and that the influential military steps back from politics.

Gaed Salah had emerged as Algeria’s most powerful political player since Bouteflika was ousted in April.

Salah had pushed for the recent elections as the only way to resolve the country’s political crisis. He had repeatedly vowed fairness and transparency for the vote.

The army's prominent role was underlined last week at Tebboune's inauguration, during which he embraced Gaed Salah and presented him with an order of merit immediately after his own swearing in.

The protest movement has rocked Algeria since February, initially demanding Bouteflika step down then pushing for the remnants of his regime to make way for new, independent institutions.

The army then backed a series of arrests of Bouteflika allies and senior businessmen in an anti-corruption campaign that was widely seen as a purge of the military's rivals within the ruling system.

But it was not enough to appease ordinary Algerians, many of whom had begun calling for Gaed Salah's resignation and for the military to step away from the running of the major natural gas exporter.

One constant chant throughout the protests has been for “A civilian state, not a military state.”

Gaed Salah's departure may not signify major changes to Algeria's economic and political policies, however, as he had plenty of potential successors in a military that has remained united over the handling of the protests.

Tebboune announced that the head of land forces, General Said Chengriha, would take over as acting chief of staff of the armed forces.

Is the focus shifting to Palestinian rights rather than a state? After the Brexit, who will lose in terms of security, Britain, or the European Union?