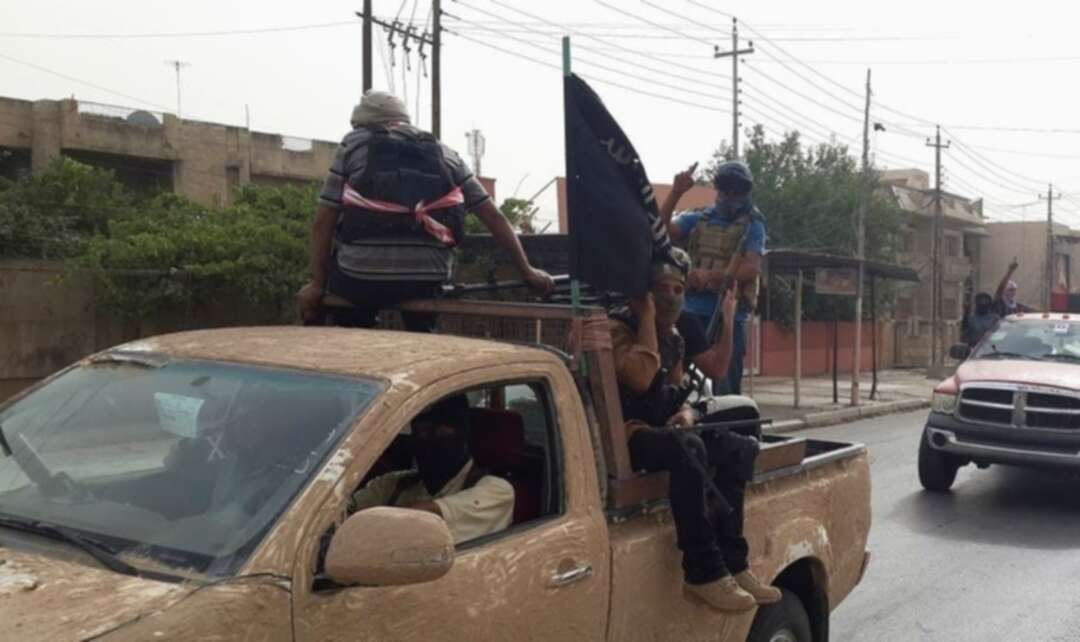 ISIS terrorists celebrate on vehicles taken from Iraqi security forces, at a street in city of Mosul, June 12, 2014. (Reuters)

Iraqi security forces announced Thursday that they had uncovered millions of US dollars and Iraqi dinars that ISIS looted during the time it controlled Mosul.

The spokesman of the commander-in-chief of the Iraqi forces, Yehia Rasool, posted pictures and the announcement on his official Twitter account.ISIS stashed close to money in a local home in the Nineveh governorate, Rasool said. The house was considered the "Office of Finance, belonging to the gangs of Daesh,” he added, using the Arabic acronym for ISIS.

Silver bars and other metal coins were also found.

Iraq has been fighting ISIS for years, and in 2014, Baghdad asked the US to redeploy soldiers to help with the fight against the terrorist group.

As the terror group’s leaders have been killed one by one and the group was declared defeated in 2017, the US recently announced that it would “transition” and redeploy American soldiers elsewhere.

With training and assistance over the years, Iraqi security forces have become increasingly more capable of combatting terrorism on their own.

But in a sign that there are still pockets of ISIS, four people were killed and another 17 wounded in a car bomb attack on Thursday in Baghdad. It was the second major suicide bombing this year after a similar attack in January killed more than 30 people.