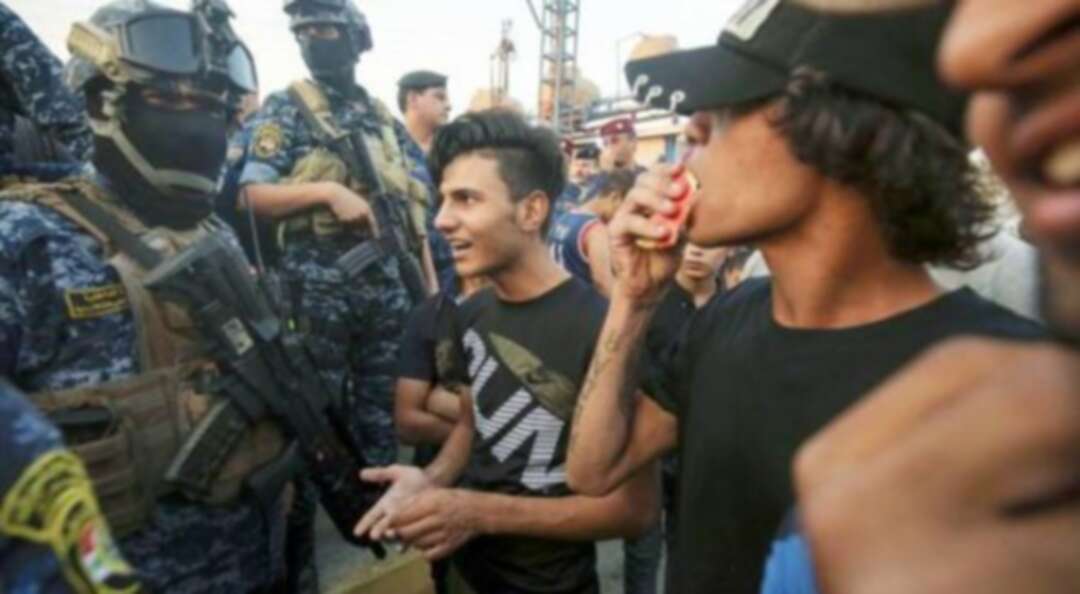 Evidence is growing that the Iranian regime and its militias are involved in the killing of Iraqi demonstrators. Diplomatic reports have reported that senior Iraqi National Security officers used excessive force against protesters, especially in Baghdad, and did not rule out that these officers were closely associated with the Popular Mobilization militia and Quds Force commander in the Revolutionary Guards Qasem Soleimani.

The Joint Operations Command announced the referral of the commanders and officers who used excessive force to the investigation. Still, diplomatic reports spoke of the formative committees of inquiry hastily formed to investigate the officers.

A diplomatic source told “Okaz” that none of the officers who ordered the use of force against the demonstrators would be convicted. The diplomatic source said that all reports talked about secret instructions received by some senior officers to use excessive violence against the demonstrators, revealing that these instructions were sent to officers on the second day of the protests, without disclosing who issued them.

Observers confirmed that this declaration proves the credibility of the demonstrators’ accusations against the Revolutionary Guards and its militias of suppressing and killing the protesters.

The governmental news agency of Muhr quoted Karami on Monday as saying: More than 10,000 special forces are directly responsible for the protection of the Arb’in ceremonies. He added: 7,500 of them are working directly, and there are 4,000 reserves. A commander said 30,000 policemen were involved in protecting marches from Iran to Iraq. “We are doing solid intelligence work, and we have elements in the crowds to control the situation,” karami said.

Observers said that sending thousands of elements to Iraq under the pretext of religious ceremonies aims to benefit from the expertise of these forces to control the widespread protests in Iraq.

Officials of the Iranian regime have tried to distort widespread protests, and Iran's state media have consistently described them as “riots” and attempted to link them to external parties in various political, security, and media outlets, as Supreme Leader Ali Khamenei considered it a “conspiracy.”

Demonstrators' long-awaited demands from protesters are legitimate, the British ambassador to Iraq said. He also tweeted on Tuesday that Iraqi authorities should protect protesters from national security forces.

On the other hand, a viral video on social media showed that a group of Iraqi demonstrators found Iranian passports that fell during the bloody confrontations. One of the demonstrators said: This is an Iranian passport that the Revolutionary Guards dropped, amid chants against Iranian interference.

More than 100 people were killed and more than 4,000 wounded in mass protests from Baghdad to several provinces across the country amid ongoing demands to dismiss the government and halt Iranian interference in Iraqi affairs, as well as demands to reform the worsening economic situation, fight corruption and create jobs.