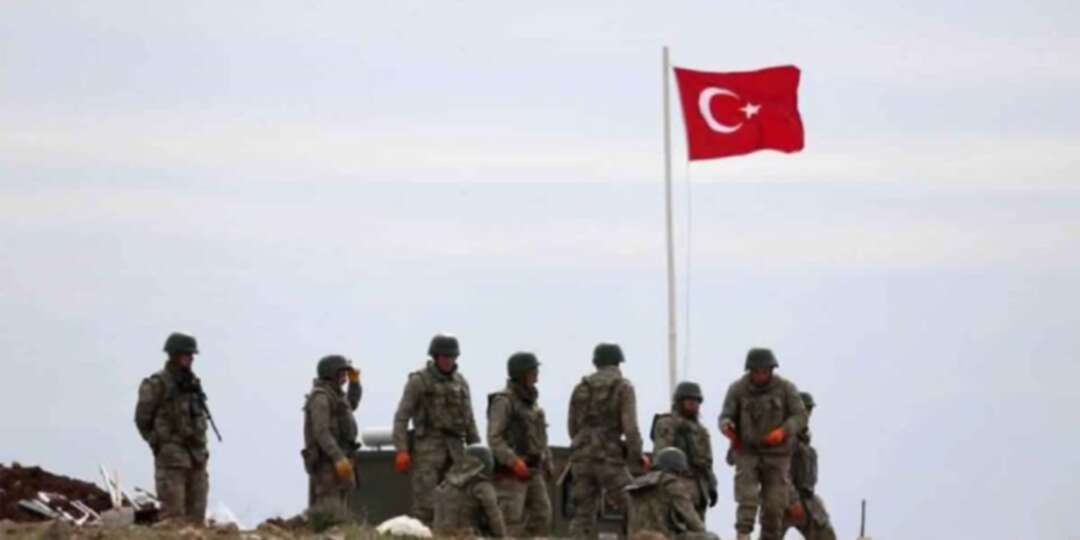 From one death to another death on the border, while the Syrians continue trying to escape the hell of death and deteriorate living and humanitarian conditions in northwestern Syria, the number of casualties from Turkish border guards targeting cross-border refugees continues to rise, especially after the fall of the truce and the return of battels to Idlib.

The Turkish soldier does not hesitate to shoot the refugees, although Turkey is a guarantor of the de-escalation and one of the main parties of the conflict in Syria, and has the responsibility of protecting refugees and displaced persons.

Turkey has also built a separation wall along its 911 kilometer border to prevent the entry of refugees, resulting in continuous civilian casualties.

The last victim was the Syrian refugee “Anas Mahmoud” from the town of Al-Hbeit, south of Idlib city, while he was trying to cross the Turkish border. Three others were injured, and medics were unable to reach them for hours, fearing they would be shot by Turkish soldiers, who refused to accept a ceasefire to rescue the wounded.

Gendarmes tortured and brutally beaten eight Syrian citizens for hours. Seven border guards took turns humiliating and beating them as they attempted to cross into Turkish territory near the village of Kawarko, north of Jisr al-Shughour in Idlib countryside.

The next day they were returned to Syrian territory in dire condition and deprived of water and food during the hours of detention. “We stayed for hours in a closed room, under the threat of shooting at us,” said 19-year-old Malik al-Ahmad

We had a woman and her child, and the Turkish police refused to give her a blanket to warm her child throughout the cold night.”

Many videotapes show the Turkish border guards' aggression on young men and Syrian citizens after they were detained while trying to cross the borders, where border guards beat and insult them.

On September 23, Turkish border guards killed a young man from Hamieh village in the western Idlib countryside while trying to cross into Turkish territory from the western countryside of Idlib. Three others were injured, including an 8-year-old child.

On August 9, Gendarme also killed young Hadeel Ahmed al-Hussein al-Dakhil with a gunshot to the chest on the Turkish-Syrian border as she tried to cross to the Turkish side. The young woman was from the province of Deir Ezzor village Buamer.

Refugee killings have become increasingly common in the past three years, despite claims by the Turkish authorities that they are pursuing an open border policy following the outbreak of the Syrian civil war since 2011.

The Violations Documentation Center in northern Syria has so far documented 440 refugees killed by Turkish gendarmes at the border, including (80 children under 18, 55 women).

The number of gunshot wounds and assaults has risen to 402, targeting those attempting to cross the border, residents of Syrian border villages and towns, farmers, and landowners adjacent to the borders.

On August 5, the Turkish gendarme killed the refugee “Hisham Mustafa” from the city of Al-Safira. He was living in Turkey. The Turkish authorities forcibly deported him to Syrian territory for nearly 32 days, because he did not have a temporary protection card “Al-Kimlak”, where his wife and three children remained in Turkey, prompting him to try to enter later from Idlib province near the town of Darkush, “Gendarme” shot him to death.

Gendarmes also arrested four refugees and brutally beat them in addition to shaving their heads and eyebrows.

The Turkish authorities deported 6160 Syrian refugees during July, according to the official website of “Bab Al-Hawa” crossing.

On Friday, August 4, the child Maher Hassan lost his life days after being shot by Turkish gendarmes in the village of Seftek in Kobani province on the Turkish border. Maher, 17, was shot in the head on July 30 as he helped his parents repair their roof in the village of Saftak, west of Kobani.

On Wednesday, July 24, Kaniwar Shaheen Jazair, 29, from the village of Qara Mugh, east of Kobani, was shot in the shoulder while working in his land near the village of Gharib on the Syrian-Turkish border. He was taken to Kobani Hospitals and transferred to Manbij City Hospital for treatment.

On July 20, a young man from the town of Salqin was shot dead by Turkish border guards as he passed along the road between Darkush town and the village of Al-Diriya border with Hatay province / Iskandaroun district, west of Idlib. Two IDPs in Salah al-Din refugee camp west of Jisr al-Shughour were injured by random bullets fired by Turkish border guards while they were pursuing smugglers trying to enter Turkish territory.

In Idlib on Monday (February 11), the bodies of 10 civilians were found on the border near the town of Zarzour, north of Idlib, in Darkoush area. Most of the bodies remained in Turkish territory, including children and women.

In June, three civilians, including a 10-year-old girl, were killed by Turkish gendarmes as they tried to cross from Darkoush area of Idlib countryside to Turkish territory.

The most prominent incidents were in June 2016, when 11 people, including women and children, were killed near Khirbet al-Joz crossing in the western countryside of Idlib, in addition to the killing of 9 civilians, mostly women, on 9 February 2019.

Human Rights Watch said in a report in February that Turkish border guards were firing indiscriminately at Syrian asylum seekers trying to cross into Turkey and collectively returning them to where they had come from.

The New York-based organization said it had spoken to 13 Syrians, all of whom said that Turkish border guards fired at them while they were still in Syria, killing ten people, including a child, and wounding several others.