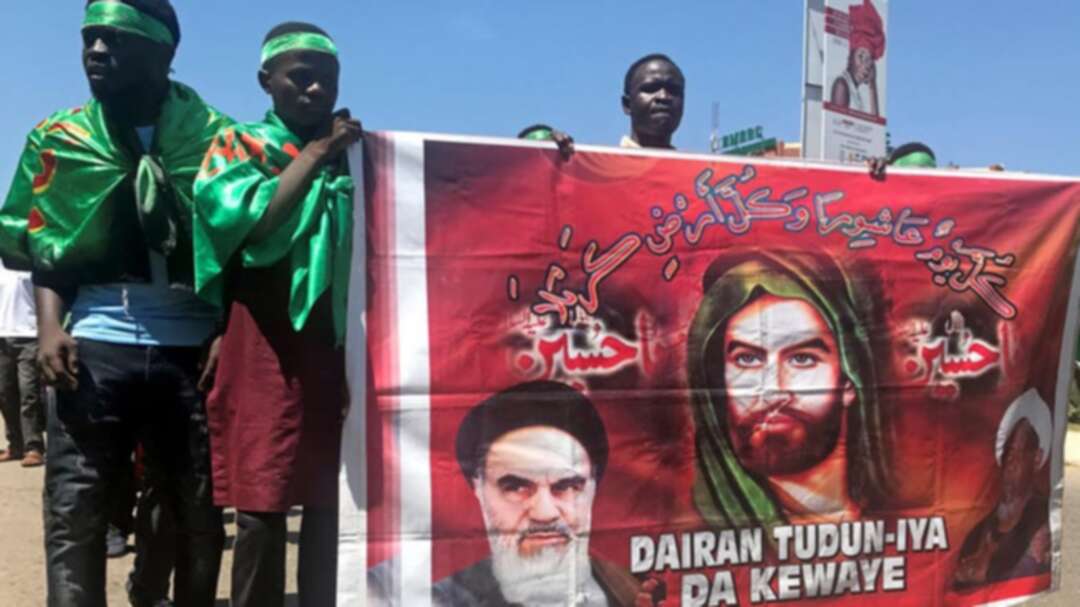 Iranian-funded Islamic Movement in Nigeria banned amid fears of violence

An Iranian-funded and inspired Shiite organization in Nigeria has been banned and designated as a terrorist organization by the Nigerian government, amid fears that its military-trained members may launch an insurgency.

The Islamic Movement in Nigeria (IMN), which advocates for an Iranian-style republic in Nigeria, is accused of using violence against the state in its campaign to free its founder and leader Sheikh Ibrahim Zakzaky. Zakzaky was granted bail to fly to India for medical treatment on Monday, after being imprisoned in 2015 on accusations of murder, manslaughter, unlawful assembly, and disruption of public peace.

Zakzaky, a Shiite cleric, was arrested in December 2015 after the Nigerian government stormed the IMN’s offices, resulting in approximately 350 deaths. The IMN has since been campaigning for his release, with protests often turning violent.

Iran also campaigned for Zakzaky’s release and continues to provide financial and political support to the INM, which has been described as an Iranian proxy group.

The banning of the group has drawn attention to Iranian influence among the Shiite community in Nigeria, which makes up an estimated five to 17 percent of Nigeria’s 100 million Muslims, amid fears of sectarian conflict erupting as the IMN rejects the authority of Nigeria’s Sunni President Muhammadu Buhari. IMN members have military-level training and could be capable of launching an insurgency against the Nigerian government as the state pursues a policy of repression.

Fears are exacerbated by reports that Iran’s Lebanese proxy Hezbollah has increased its presence in Nigeria and is training local Shiites.

The INM, which was founded by Zakzaky in the early 1980s after he visited post-revolution Iran, draws inspiration from Iran’s former Supreme Leader Ruhollah Khomeini.

“The IMN’s foundation in the early 1980s was inspired by Ayatollah Khomeini’s Islamic revolution in Iran and the group has called for the establishment of an Iranian-style Islamic government in Nigeria,” explains David Bruckmeier, Africa intelligence analyst at AKE International.

The IMN’s website is adorned with photographs of Khomeini, alongside the Iranian regime’s slogan “Death to America,” which a senior Iranian official recently claimed should be entered into the Guinness World Records book.

Iran has provided the IMN with financial and political support since its inception.

The exact amount of financial support from Iran is unknown, but experts agree Iran has funded the IMN. According to Bloomberg, the IMN has increased its presence in northern Nigeria as part of “Iran’s drive into western Africa.” The organization has established a network of Shiite seminaries, schools, organizations, and a “martyrs’ foundation,” at least partly funded by Iran.

Other analysts have acknowledged Iran’s support but fallen short of calling the INM a “proxy.” “The IMN has subsisted for years on small handouts from Iran and its leaders often invoked Tehran’s political and ideological rhetoric. However, the IMN is a home-grown oddity with a set of local political demands more than it is some sort of Iranian proxy,” Matthew Page, Associate Fellow with the Africa Program at Chatham House, told Al Arabiya English.

Politically, Iran has expressed its support for the IMN on several occasions. President Rouhani phoned Nigerian President Buhari to protest against the crackdown on the IMN in 2015.

Iran has since directly supported Zakzaky and his family, campaigning for the sheikh’s release.

On August 7, 2018, Iran opened an office for Zakzaky in the Iranian city of Mashhad, according to Iran’s IRIB news agency. The opening was attended by members of Zakzaky’s family as well as Iranian clerics, including Kazem Sedighi, an influential Iranian cleric.

In a letter to the Nigerian judicial authorities on July 20, 2019, Iran’s Attorney-General Mohammad Jafar Montazeri criticized the Nigerian government for its treatment of Zakzaky and requested to have him transferred to Iran for treatment, according to the semi-official Tasnim news agency.

Fears of a sectarian insurgency

The banning of the organization and Iranian involvement have prompted fears of the INM launching an insurgency against the Nigerian government.

The IMN has trained a force of militants tasked with providing security at group meetings and other events, according to Jonathan Hill, professor of International Relations at King’s College London, who wrote in 2010 that the groups were “modelled on the Revolutionary Guards in Iran.”

In 2013, a Hezbollah armory was discovered in the Nigerian city of Kano. Nigerian police arrested three Lebanese nationals and recovered 1,160 mm anti-tank weapons, four anti-tank landmines, two rounds of ammunition for a 122 mm artillery gun, 21 rocket-propelled grenades, 17 AK-47s with more than 11,000 bullets, and some dynamite.

“It is known that Hezbollah has had a presence in northern Nigeria for several years and that Nigerian Shia have received military training by Hezbollah both in Nigeria and in Lebanon,” said Bruckmeier, adding that the IMN appears to have emulated Hezbollah’s propaganda methods in recent years.

Africa’s most populous country is already embroiled in a 10-year counter-insurgency against terrorist group Boko Haram in which thousands have been killed.