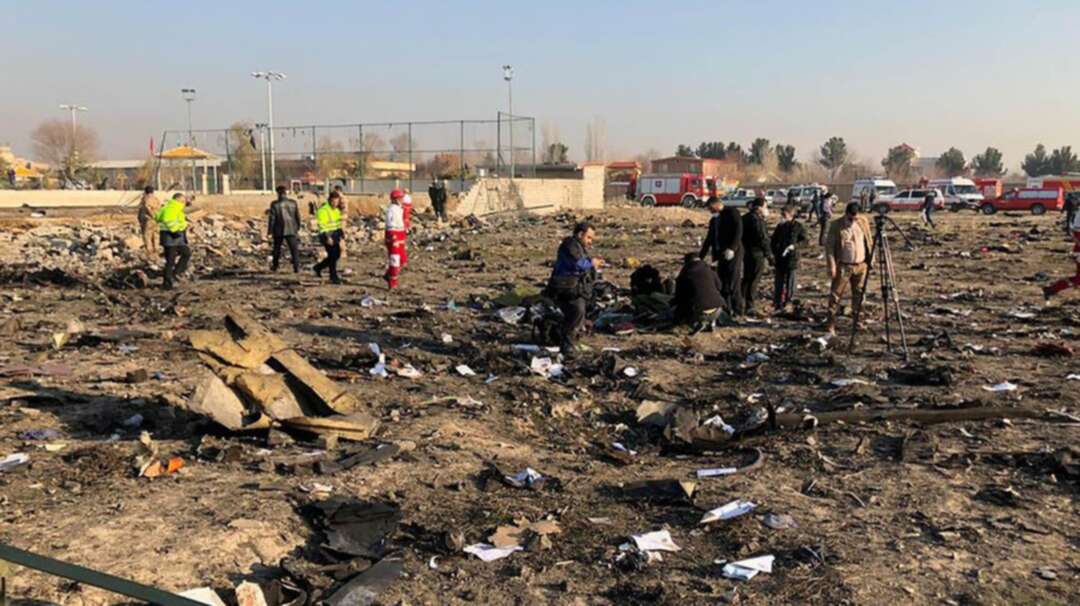 The scene of the Ukraine International Airlines Jan 8, 2020 plane crash in Iran. (AFP)

Iran dismissed as “immature” a statement by a UN investigator that inconsistencies in its explanation of the shooting down of a Ukrainian passenger plane last year raised questions over whether the act was intentional, Iranian media said on Thursday.

All 176 people aboard the Ukraine International Airlines Flight PS752, most of them Canadian, were killed when the plane crashed shortly after takeoff en route from Tehran to Kiev on Jan. 8, 2020.

Agnes Callamard, the UN special rapporteur on extrajudicial, summary or arbitrary executions, said on Tuesday she had found no concrete evidence the plane was targeted intentionally but that Iran had not proven it was accidental.

After denying blame for three days, Iran’s Guards said they had shot it down by mistake while under high alert for a possible attack. Hours earlier it had attacked US targets in Iraq in retaliation for Washington’s killing of Iran’s top general, Qassem Soleimani, with a drone strike five days before.

Iran’s foreign ministry spokesman Saeed Khatibzadeh said Callamard’s “sphere of activity has nothing to do with these regulations and frameworks. Rather, her unwarranted involvement might not have a constructive impact on the legal procedures as well”.

Callamard, who carried out a six-month investigation into the case under her global mandate, said on Tuesday that Iran had not replied to her detailed queries. She is stepping down from the independent post at the end of March, a year early in the six-year term, to take another job, officials said.

Khatibzadeh accused her of rushing out her statement.

“Maybe one of the reasons of this unwarranted haste is her resignation from her post as special rapporteur, and by issuing an immature and impetuous text ... she may have been promised a new job positions,” Iran’s state news agency IRNA quoted him as saying.

“Accordingly, some charges have been levelled against the Islamic Republic of Iran without any valid evidence and documents.”

In December, Khatibzadeh said an indictment would be issued in less than a month against “those whose negligence caused the accident”. But Iran’s military court, which is handling the case, has yet to publicly announce it.