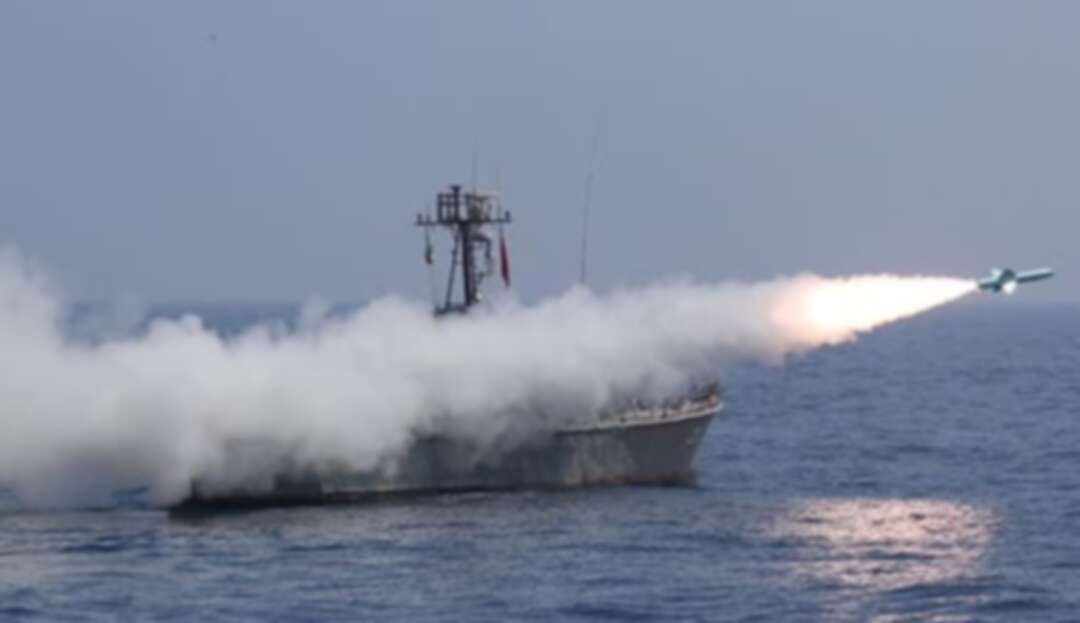 A missile is launched by Iran's military during a navy exercise in the Gulf of Oman. (Reuters)

The drill, which it said was overseen by Guards commander Major General Hossein Salami in the central desert region, came in the waning days of high tensions with US President Donald Trump’s administration.

It followed short-range naval missile tests on Wednesday, as well as exercises earlier this month that featured a wide array of domestically produced drones. 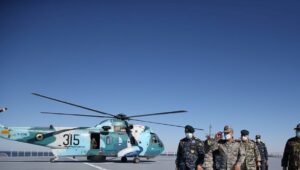 “Also, an abundant number of a new generation of ballistic missiles were fired at selected targets, inflicting deadly blows to the hypothetical enemy bases.”

Iran, which routinely boasts of technological advances in its armed forces, has one of the biggest missile programs in the Middle East, regarding them as a deterrent and retaliatory force against US and other adversaries in the event of war. 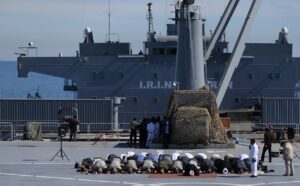 Iranian military commanders and other members of the armed forces pray on the Iranian-made warship Makran during an exercise in the Gulf of Oman. (Reuters)

There have been periodic confrontations between Iran’s military and US forces in the Gulf since 2018, when Trump abandoned Iran’s 2015 nuclear deal with world powers and reinstated harsh sanctions against Tehran.

US President-elect Joe Biden, who takes office on Jan. 20, has said Washington will rejoin the deal “if Iran resumes strict compliance” with the agreement that imposed strict curbs on its nuclear activities in return for the lifting of sanctions.