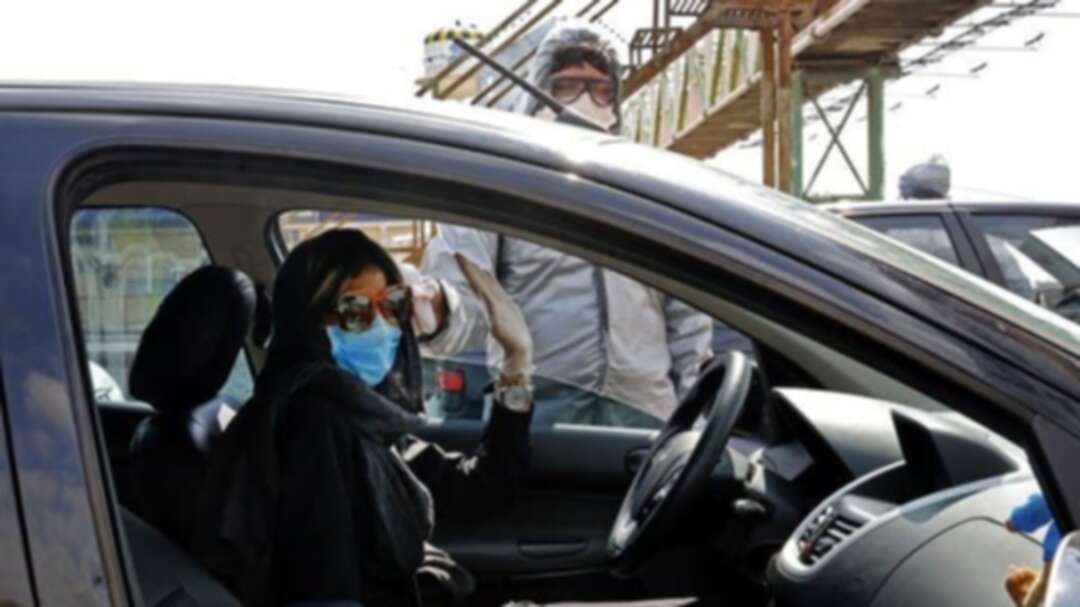 Members of the Iranian Red Crescent test people for the coronavirus symptoms, as police blocked Tehran to Alborz highway to check every car outside Tehran on March 26, 2020. (AFP)

ran’s new cases of coronavirus have dropped for the fourth consecutive day, official figures released Saturday showed, as a two-week holiday in the Islamic Republic came to an end.  Iran

It is the fourth consecutive drop in new cases since Tehran declared 3,111 on March 31.

Jahanpour said there were an additional 158 fatalities from the virus, bringing the country’s official death toll to 3,452.

Iran is one of the countries hardest hit by the pandemic, with 55,743 officially declared cases, though there has been speculation abroad that the real number could be higher.

Jahanpour said that while 4,103 patients were in critical condition, recoveries had increased over recent days and a total of 19,736 people had left hospital.

Officials have indicated that the ban, along with other measures to combat the spread of the virus such as the closure of schools and religious sites, could be extended.

Saturday should have marked a return to regular activity in Iran after a two-week holiday for the Persian New Year.

But in the capital Tehran, the situation was far from normal, with many shops still closed, AFP reporters said.

Authorities have continued to urge Iranians to stay home as much as possible, though state television reported Saturday an increase in travel compared to previous days.

Iraj Harirchi, a deputy health minister who tested positive for the virus in late February and has returned to public life, told state television Saturday that “the increase in traffic in Tehran is worrying.”

President Hassan Rouhani on Thursday warned that the country might still battle the pandemic for another year. levant