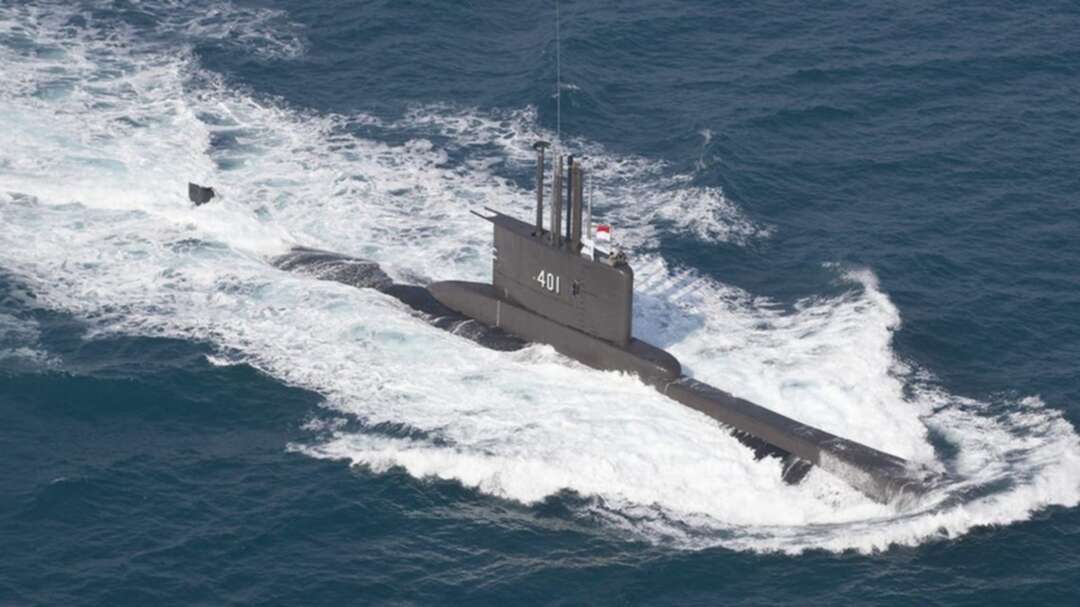 Indonesia said Friday it will salvage a submarine that sank off the coast of Bali, as grieving relatives paid their respects to the dozens of crew killed in the disaster.

Authorities had yet to confirm if they would try to haul up the KRI Nanggala 402 from the seafloor, after it was spotted cracked in three pieces.

The navy on Friday said it was waiting on the arrival of two ships, including a vessel sent by China, that are equipped to handle deep-sea salvage operations.

High-powered magnets and air balloons were among the possible options, but how and when the cracked submarine would be brought to the surface was uncertain, said navy chief Yudo Margono.

“It’s hard to talk about specific timing, but I can say that as soon as help arrives, we’ll start,” he told reporters.

The submarine’s 53-strong crew are believed to still be inside the vessel, Margono said. 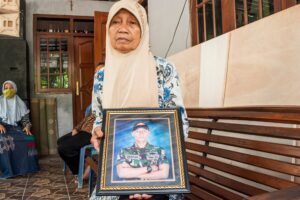 Sarikem holds a photo of her grandson Gunadi Fajar Rahmanto at their home in Yogyakarta on April 26, 2021, a crew member of the submarine that disappeared off the coast of Bali and has been found cracked into pieces on the seafloor with all 53 crew killed in the disaster. (File photo: AFP)

An underwater rescue vehicle supplied by neighboring Singapore gave visual confirmation that the German-built sub was lying on the sea floor more than 800 meters (2,600 feet) deep.

The eerie images were final confirmation that there was no hope of finding survivors.

On Friday, victims’ families cast flowers from a navy ship into waters where the sub went down as part of a remembrance ceremony.

The submarine -- one of five in Indonesia’s fleet -- disappeared last week while it was scheduled to take part in live torpedo training exercises.

The crew asked for permission to dive. It lost contact shortly after.

Later, search teams spotted an oil spill where the vessel was thought to have submerged, pointing to possible fuel tank damage and a catastrophic accident.

The military has yet to offer an official explanation for the sinking of the decades-old submarine, which was delivered to the Southeast Asian nation in 1981.

It has said, however, that the reconditioned vessel was seaworthy and discounted the possibility of an explosion.

The navy has said that the submarine may have suffered a blackout and left the crew unable to perform emergency measures.

Its hull would have been torn apart as it sunk to depths far below what the KRI Nanggala was built to withstand, they said.

The submarine’s former commander, Rear Admiral Muhammad Ali, has told local media that a so-called internal solitary wave could have been to blame.

The natural phenomenon occurs when different sea depths come together, creating forces that could have dragged the vessel down, he said.