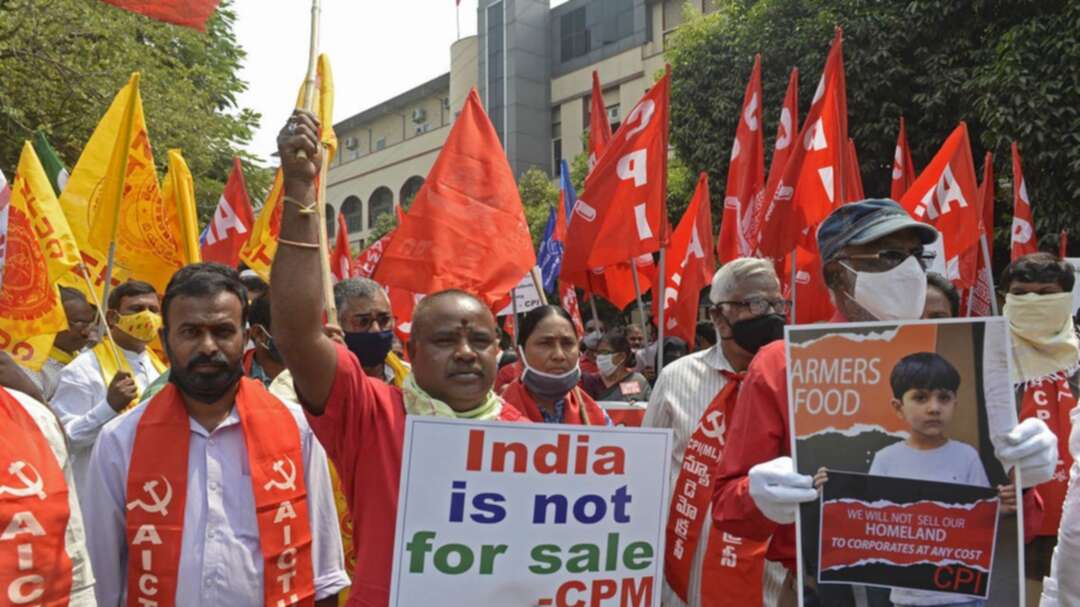 Activists and supporters from various social welfare organisations take part in a rally to show their support to the nationwide strike called by farmers who are continuing to protest against the central government's recent agricultural reforms in Hyderabad on March 26, 2021. (File photo: AFP)

Dozens of farmers squatted on railway tracks in northern India on Friday, disrupting traffic to mark four months of a campaign against the opening up of agriculture produce markets to private players. Indian farmers

Tens of thousands of farmers have been camped on the outskirts of the capital New Delhi since last year, saying new farm laws enacted by Prime Minister Narendra Modi’s government will leave them at the mercy of big corporations.

Farm unions called for a 12-hour nationwide shutdown to keep up the pressure on the Modi government which says the reforms will help farmers realize better prices for their produce and bring investment.

“Four months ago, this day, farmers came to the borders of Delhi with their demands. But this government isn’t listening to the farmers,” said union leader Gurinder Singh Pannu

“This protest will continue,” he added.

Across the northern states of Haryana and Punjab, protesters blocked railway tracks at 32 locations, leading to the cancellation of at least four passenger trains.

“Around 30 trains are held up,” Deepak Kumar, an Indian railways spokesman, told Reuters. 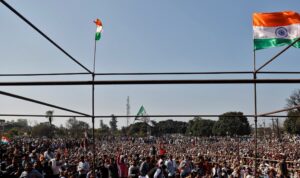 People attend a Maha Panchayat or grand village council meeting as part of a farmers' protest against farm laws at Bhainswal in Shamli district in the northern state of Uttar Pradesh, India, February 5, 2021. (Reuters)

Police also erected additional barricades, topped by concertina wire, and hundreds of personnel had been deployed.

Of around a thousand protesters at the site, some danced and sang on Friday. “Take back the black laws,” they chanted in Hindi.

Several rounds of talks between the government and the farm leaders have failed and there are no new meetings planned for now. Indian farmers