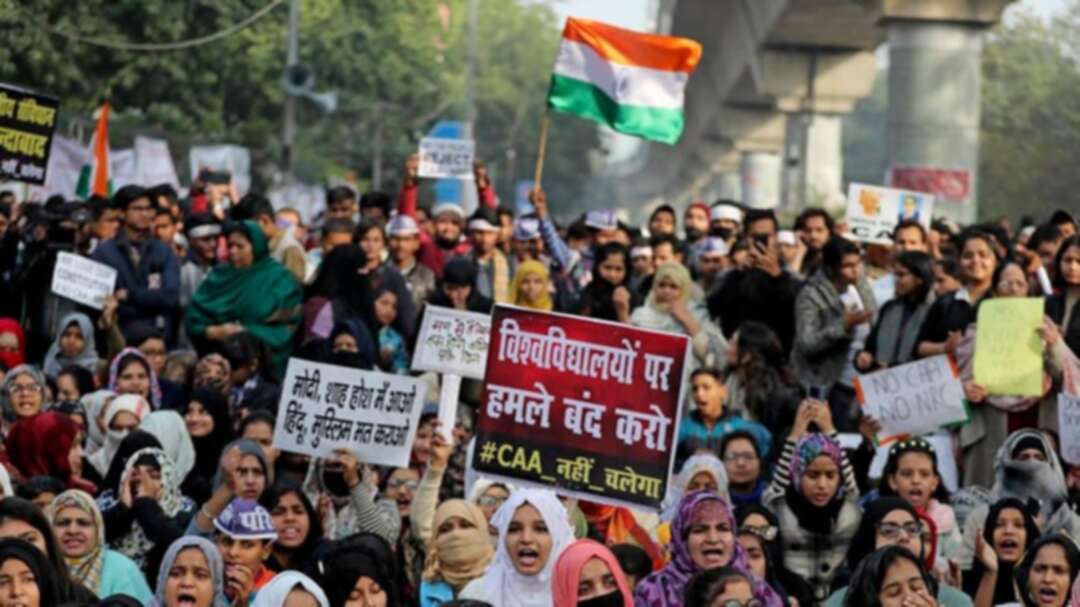 Indian students of the Jamia Millia Islamia University and locals participate in a protest demonstration against a new citizenship law in New Delhi, India. (AP)

India’s federal cabinet approved funds on Tuesday for a census and population survey to be conducted next year, amid fears that the database could be used to build a controversial citizens register, against which there have been widespread protests.

Hundreds of thousands of Indians have taken to the streets to protest against a new citizenship law enacted by Prime Minister Narendra Modi’s Hindu nationalist government that provides non-Muslim minorities from Afghanistan, Bangladesh and Pakistan who moved here before 2015 a pathway to Indian citizenship.

Some of these protests have led to clashes between the police and demonstrators in which at least 21 people have been killed.

Many Indians say the law discriminates against Muslims and violates India’s secular constitution by making religion a test for citizenship. They say the law and a proposed national register of citizens could be used against the Muslim minority.

The census collects data on population, economy activity, social and cultural aspects, migration and demography, down to the lowest administrative level.

The NPR is intended to create a comprehensive identity database of every resident of India. The census and population survey will start from April next year.

Javadekar said the census exercise had no relation with the national register of citizens.