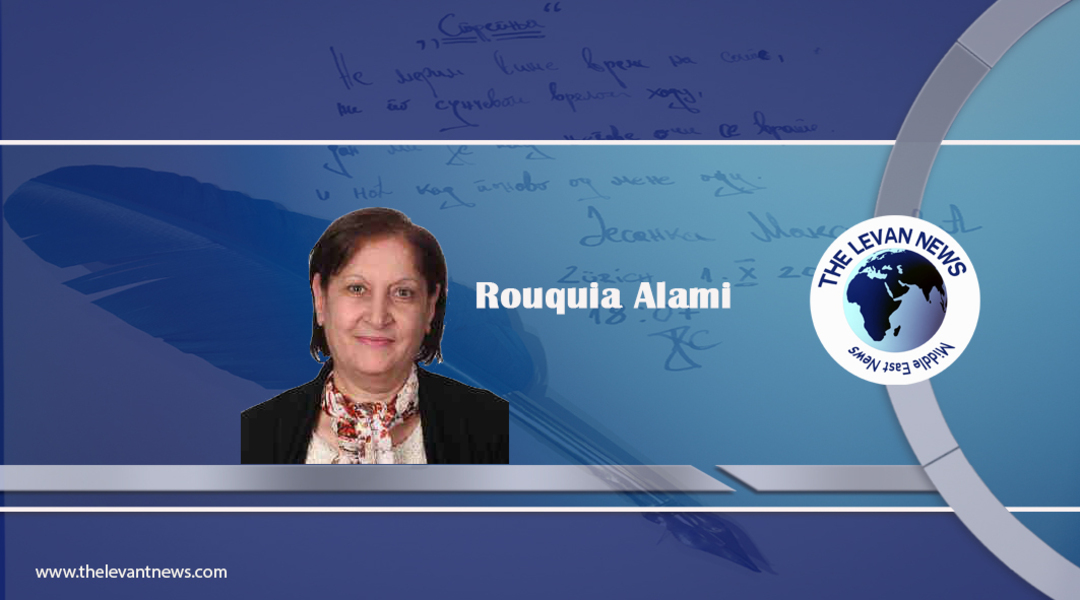 In Palestinian society, the high demand for childbearing is considered to be another form of resistance to the occupation for two main reasons:

First the fear of extinction of the Palestinian family and the second concern is the consistent assassination at the hands of Israeli army and settlers. That causes high number of deaths among the young generation, for this, if a youth lives were determinate remain other siblings.

This brings us back to the Palestinian memory when the news of her son' martyrdom or arrest, a mother says to the army:

"You caused death / arrest to my son; I have many more ready to sacrifice for Palestine".

Most prisoners who are sentenced for long and life imprisonment, discovered a way to have children; by getting their wives pregnant by smuggling sperm.

According to BBC this practice was adopted first time on 15 March 2013.

In line, Hana Al-Za'anin gave birth to her baby Hassan on 11 January 2014 her husband Tamer’s sperm. As stated by AFP, Hassan was the first baby born from smuggled sperm in Gaza Strip.

Well and related, why was the issue of smuggled sperm surfaced and took an important turn in the history of the Palestinian prisoners and their battle for survival?

The circulated controversial film is the reason behind the awareness of this matter. "Amira" 2021 Arabic film directed by Egyptian filmmaker "Mohamed Diab".

However, "Amira" Arabic for Princess follows the life of 17-year-old Palestinian, who was conceived with the smuggled sperm of her father. After her father fails to conceive another child, it is discovered that the prisoner is infertile and that an Israeli jailer has switched the sperm with his own, claiming that "Amira" biological father is the enemy.

The screening of the film aroused criticism from official and unofficial institutions concerned with the affairs of the prisoners, considered offensive to their cause and serves the narrative of the occupation, and it's targeting of this segment of the Palestinian people. In addition, the story undermines the reliability of sperm smuggling, as well as instilling mistrust by pointing out that sperm children are not from the biological core of fathers.

From the first moment, the film was condemned by national forces, calling the rejection of the film and its hidden aim in context.

Arguing that it whitewashers Israeli crimes and discounts the suffering of Palestinians, an online campaign was launched calling for the boycott of "Amira” using hashtags trending then:

Actress Juliet Awwad, well known for her play role as "Um Ahmed" in historical drama "Al Tagreeba Al Falastenia" 2004; a TV drama that tackles the suffering of poor Palestinian family during, before and after the 1948 "NAKBA". Awwad considered "Amira" one of the dirtiest malicious types of normalization with the foe, as it abuses prisoners and their wives’ virtue, ensuring that the act of having children, without maculation, through smuggled prisoners' sperm is form of strong resistance.

The issue of prisoners and resistance is an issue of identity and the narrative of the Palestinian struggle.

A novel that questions the behavior of the prisoner’s wife, whose eternal waiting for her husband is a struggle, and her pregnancy from a smuggled sperm is a form of resistance. Therefore, I intended not to watch the film, because I will not participate in the increase in its views, because the basis of the plot of the film is rejected.

Try to put yourself in the shoes of the wife or son of a captive before accepting that the complex of the film is based on undermining confidence in the basics of the novel. A novel that blows up the basis of their struggle

Palestinian researcher, Abeer Al-Khatib wrote about the process of smuggling sperm, that debunks the false accusation and claim related, hereunder as follows:

The research dealt with all aspects of process of smuggling sperm, which considers religious and societal foundation. She states:

"There are four witnesses from inside the prison who witnesses the extraction of the sperm that is then provided to the mediator, and then received by two competent adult witnesses from the captive's family and his wife's family?

Sperm usually smuggled out with a lighter, packet of chips or medicine box.

The operation is planned months in advance before the sperm is released and the prisoner's wife is subject to prior treatment preparations.

There are ways families follow to announce the smuggling of semen to the Palestinian community after the semen release ".

"In Gaza, the discovery of the existence of smuggled sperm children elicits punishment from the Occupation; upon discovery, two years are added to his sentence and families from Gaza are denied visits to the prisoner for life".

In Jerusalem, the born children are treated legally as if they are not alive, therefore cannot enter schools, receive medication, and no death certificate is issued in case of death."

More false information were given "Amira" is 17 while in fact the issue to smuggle sperm, practically occurred in 2012, therefore the first child is now around ten-years-old which negate her age.".

The film directly offended the image of the captive's wife and daughter, represented by actresses shown in complete elegance with false eyelashes, full make-up, and red lipstick; a completely different image of Palestinian women, the prisoner's wife and mother, who have great tasks to care for the family in the absence of the prisoner.

Over and above the hours they spend to cross barriers in order to visit prisoners in jail, the most hardship journey that starts from dawn, thus faces are natural free of any frills.

Finally, Palestinian public national awareness confronts and stands up to any action that tries to undermine the honorable issues in Palestine. With the support of Arab nationalism, all events succeeded to ban the film.

According to Daily News Egypt 10 December 2021

"Jordan withdraws its 2022 Oscar submission "Amira" after online outrage. Film came under backlash from Palestinians with family members in Israeli Jails who accused "Amira" of undermining Palestinian cause".

According to Journalist released prisoner specialist in Palestinian Prisoners affairs, Bushra Tawil, the number of children born from smuggled sperm in Israeli jails is 102 children.