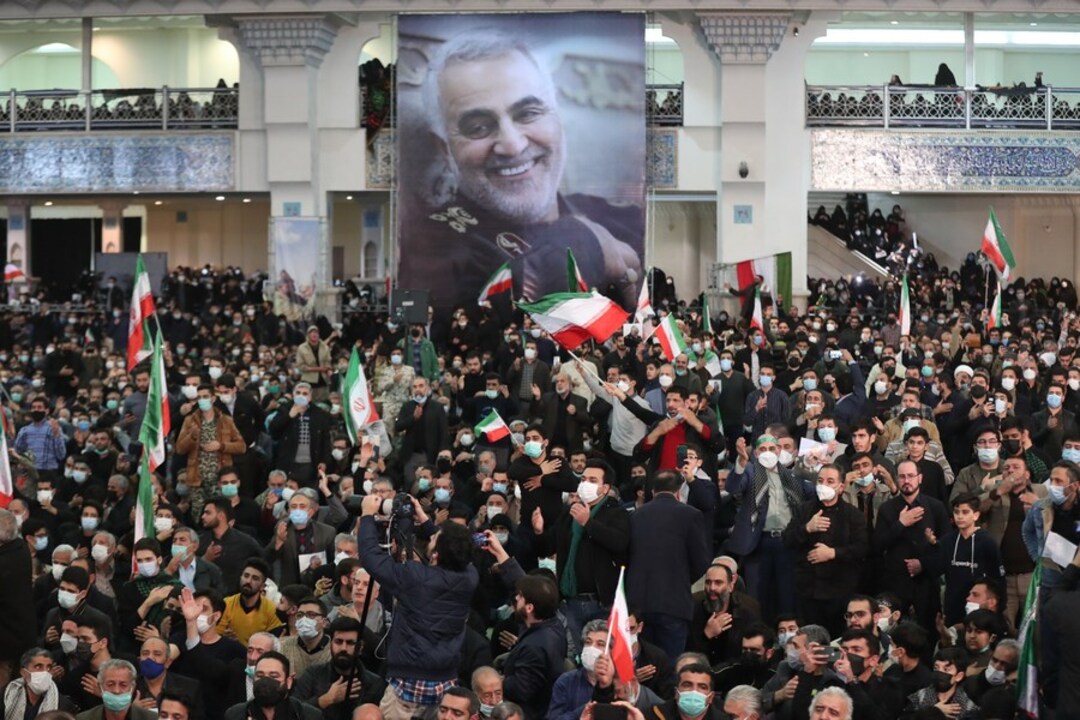 The Asharq Al-Awsat reported that Iraqi security source said, gunmen in Iraq on Saturday shot and wounded two protesters who disrupted an anniversary commemoration of the death of Iranian commander Qassem Soleimani.

Soleimani, who headed the Quds Force, the foreign operations arm of Iran's Revolutionary Guards, was killed on January 3, 2020 in a US drone strike in the Iraqi capital Baghdad.

He was killed along with his Iraqi lieutenant, Abu Mahdi al-Muhandis, deputy leader of the pro-Iran Popular Mobilization Forces.

According to the security source, speaking on condition of anonymity, some "150 to 200 demonstrators" stormed the ceremony in the Iraqi city of Kut, some 160 kilometers southeast of Baghdad.

He said, the protesters tried to "prevent" the commemoration, moving in just before it was due to begin and tearing down portraits of Soleimani and Muhandis.

Statue of Qassem Soleimani torched after it has been unveiled

Sajjad Salem, an independent member of parliament linked to an anti-government protest movement that began in October 2019, posted a video on Facebook showing armed men in a square, with gunshots ringing out.

Salem said the video showed shots being fired by members of the Asaib Ahl al-Haq force, a key component of the PMF.

An AFP reporter said, the commemoration was suspended and security forces have deployed heavily though Kut.