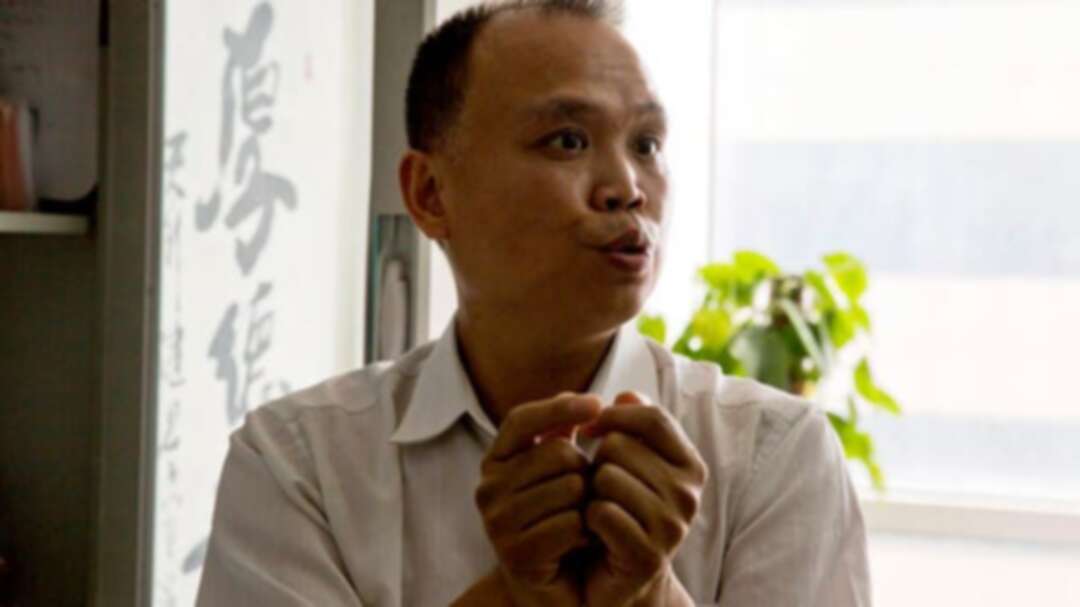 In this Thursday, July 23, 2015 photo, Yu Wensheng holds up his hands to show how death row prisoners are handcuffed for 24 hours a day during an interview at his office in Beijing. (AP)

A Chinese lawyer nominated for a top human rights award is in poor health after years in prison, his wife told AFP Tuesday.

Yu Wensheng was detained in Beijing in January 2018 in front of his young son just hours after he wrote an open letter calling for constitutional reforms, including multi-candidate elections.

He was tried in secret and sentenced to four years in prison last June for “inciting subversion of state power”.

“His physical state is very poor. His right hand is deformed and trembles so much that he cannot write,” his wife Xu Yan told AFP.

Yu was nominated Monday for the Martin Ennals Award, which organizers hope will shine a light on abuses in authoritarian states. 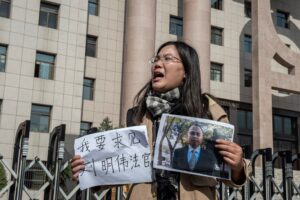 Xu Yan, wife of human rights lawyer Yu Wensheng, holding a piece of paper that reads 'I want to request a meeting with Judge Liu Mingwei' and a picture of her husband outside the Xuzhou Intermediate People’s Court in Xuzhou on October 31, 2019. (AFP)

Xu said her husband’s nomination “not only supports and honors (him), but is also an encouragement and affirmation to other human rights lawyers and defenders”.

China has seen a dramatic crackdown on civil liberties and freedoms since President Xi Jinping took power in 2012, with hundreds of human rights lawyers and activists detained in recent years.

Yu was known for taking on a number of high-profile rights cases, including the defense of fellow lawyer Wang Quanzhang, who was among more than 300 legal professionals and activists arrested in a July 2015 crackdown.

He also became well known for suing the Beijing government for the city’s chronic air pollution. 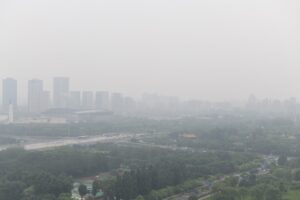 Lu had planned to file another appeal against Yu’s sentence, Xu said, after his first appeal was rejected earlier this month.

Last week, she was allowed to have a 25-minute video call with her husband, who is being held in a detention center in the eastern province of Jiangsu.

It was their first such meeting in three years, she said.

Four of Yu’s teeth were missing and he was unable to chew food properly, Xu said, and that there was no heating in the detention center.

“These are very basic human needs that are not fulfilled,” she said, adding that Yu occasionally glanced in another direction before replying.

Xu suggested that was because there were police in the room, outside her view. 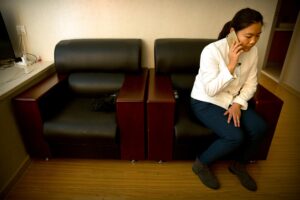 Xu Yan, the wife of Chinese lawyer Yu Wensheng, talks on her cellphone in their apartment on the outskirts of Beijing on Friday, January 19, 2018, after her husband was taken into custody. (AP)

“There are probably a lot of things he cannot say right now, we will only know the full extent of what he experienced after he is released,” she said.

The Martin Ennals Award is decided by 10 leading rights groups including Amnesty International and Human Rights Watch. This year’s winner will be announced on February 11.

Beijing denied knowledge of either Yu or the Martin Ennals Award on Tuesday.

“There are indeed some people abroad who are always using human rights as a pretext to create a disturbance,” said foreign ministry spokeswoman Hua Chunying at a regular briefing on Tuesday.

“I think this behavior has no meaning whatsoever.”