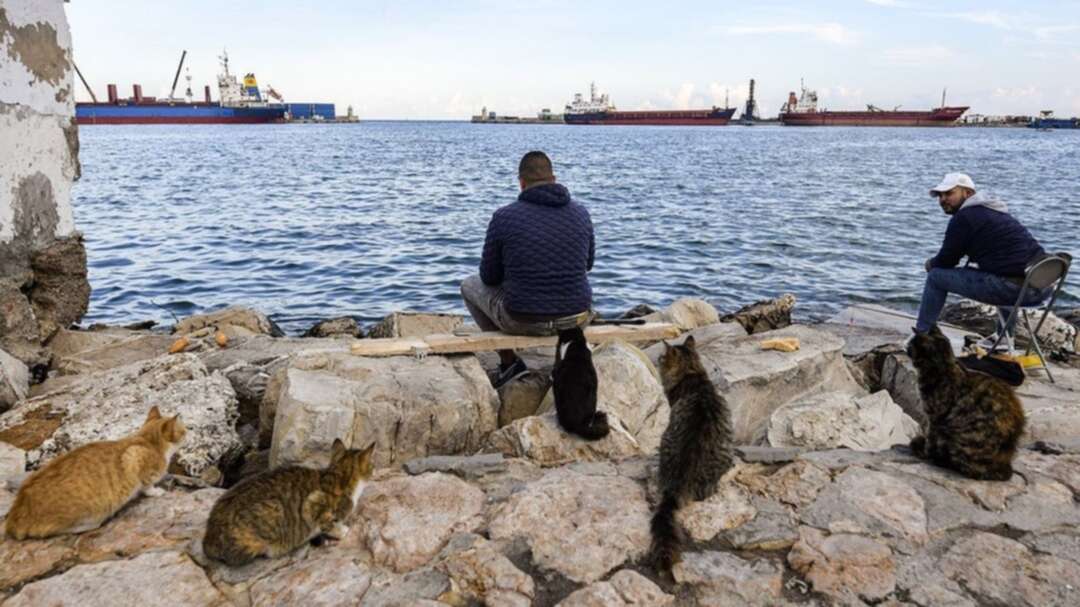 Cats sit in waiting behind men casting their lines while fishing at the port of Sousse, about 140 kilometres south of Tunisia's capital. (AFP)

The International Monetary Fund urged Tunisia on Friday to cut its wage bill and limit energy subsidies to reduce a fiscal deficit, putting more pressure on the fragile government amid a severe financial and political crisis.

With the coronavirus pandemic, political infighting and protests since last month over social inequality, it is a time of unprecedented economic hardship in the North Africa country that ran a fiscal deficit of 11.5% of GDP in 2020.

The IMF said in statement that monetary policy should focus on inflation by steering short term interest rates, while preserving exchange rate flexibility.

Tunisia’s 2021 budget forecasts borrowing needs $7.2 billion including about $5 billion in foreign loans. It puts debt repayments due this year at 16 billion dinars, up from 11 billion dinars in 2020.

The IMF said the service salary bill is about 17.6% of GDP, among the highest in the world.