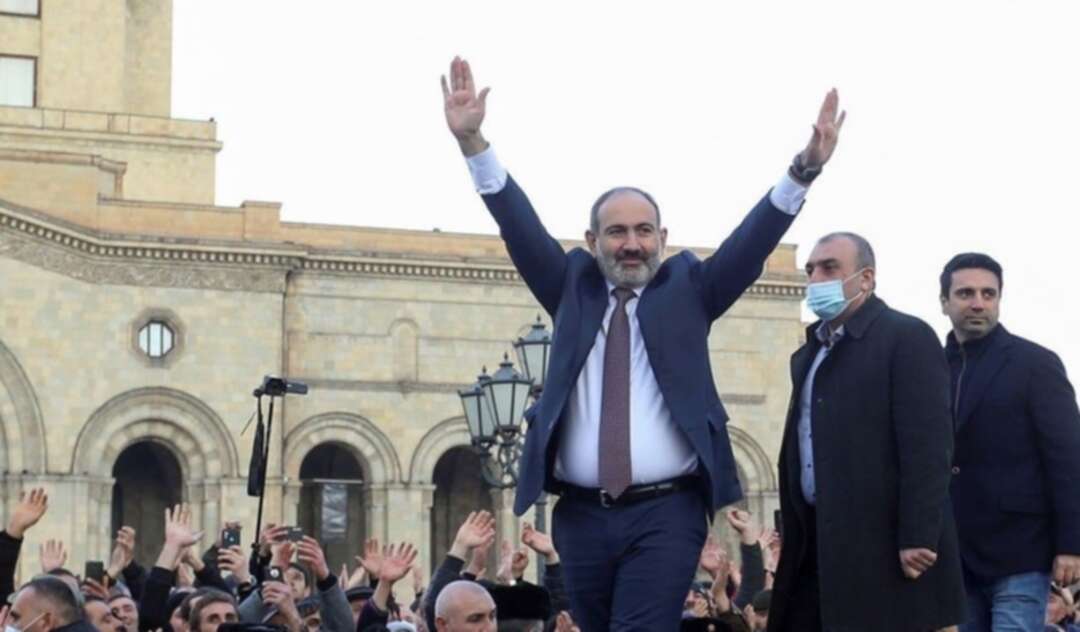 Political tensions in Armenia remained high Friday, a day after the prime minister accused top military officers who demanded his resignation of an attempted coup.

Nikol Pashinyan has faced opposition calls to step down over a Nov. 10 peace deal t

Pashinyan’s spat with the top military officers encouraged the opposition supporters. Over 20,000 rallied in the Armenian capital, demanding the prime minister’s resignation, while Pashinyan led his own supporters at a rival rally.

Some opposition demonstrators put up tents outside the government headquarters and barricaded the main avenue to press their demand for Pashinyan’s resignation.

The top military officers didn’t make any further moves Friday in the wake of their demand for Pashinyan to step down.

Pashinyan’s order on Thursday to dismiss the chief of the General Staff, Col.-Gen. Onik Gasparyan, is subject to approval by the nation’s largely ceremonial president, Armen Sarkissian, who has three days to decide.

Sarkissian, who has had previous frictions with Pashinyan and earlier called on him to step down, met Friday with the General Staff chief and opposition leaders but didn’t make any public statements.

Speaking at Friday’s rally, opposition leader Vazgen Manukyan said that “the next few days will be decisive for our struggle.” He added that if Pashinyan succeeds in forcing the General Staff chief out, “the army will rise.”

The crisis has its roots in Armenia’s humiliating defeat in heavy fighting with Azerbaijan over Nagorno-Karabakh that erupted in late September and lasted 44 days. A Russia-brokered agreement ended the conflict in which the Azerbaijani army routed Armenian forces — after more than 6,000 people died on both sides.

Pashinyan has defended the peace deal as a painful but necessary move to prevent Azerbaijan from overrunning the entire Nagorno-Karabakh region, which lies within Azerbaijan but was under the control of ethnic Armenian forces backed by Armenia since a separatist war there ended in 1994.

The political crisis in Armenia is being watched closely, particularly in Russia and Turkey, which are competing for influence in the South Caucasus region.

The United States and the European Union have urged all parties in Armenia to exercise calm and to de-escalate tensions.

hat ended six weeks of fierce fighting with Azerbaijan over the Nagorno-Karabakh region. The peace agreement saw Azerbaijan reclaim control over large parts of Nagorno-Karabakh and surrounding areas that had been held by Armenian forces for more than a quarter-century.