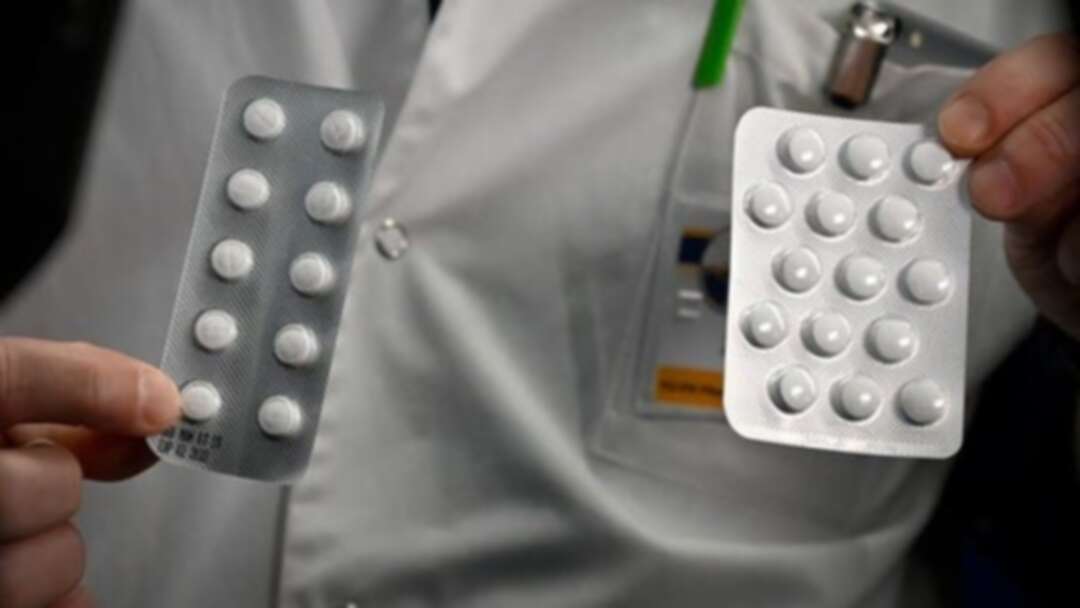 this file photo taken on February 26, 2020, medical staff shows o at the IHU Mediterranee Infection Institute in Marseille, packets of a Nivaquine, tablets containing chloroquine and Plaqueril, tablets containing hydroxychloroquine, drugs that has shown signs of effectiveness against coronavirus. (AFP)

A combination of hydroxychloroquine and azithromycin has been found effective in treating patients with the COVID-19 coronavirus, according to a study conducted by French researchers on 80 cases who recovered from the virus within six days of treatment. French study

The study was conducted by a team led by Didier Raoult of the IHU-Mediterranee Infection in France.

Out of the 80 patients who received a combination of hydroxychloroquine and azithromycin, Raoult and his team found a clinical improvement in all but one patient, 86, who died. One 74-year-old patient was still in the ICU at the time the study was published.

Hydroxychloroquine is an antimalarial and anti-inflammatory used to treat auto-immune disorders such as lupus and rheumatoid arthritis, but it has been tried with some success against symptoms of the novel coronavirus.

Regionally, Bahrain is one of the first countries to test hydroxychloroquine as a treatment for COVID-19, having first used the drug on February 26, two days after registering its first case of the coronavirus.

Around the world, countries are expanding access to hydroxychloroquine and chloroquine, related compounds that are synthetic forms of quinine, which come from cinchona trees and have been used for centuries to treat malaria.

“We confirm the efficacy of hydroxychloroquine associated with azithromycin in the treatment of COVID-19 and its potential effectiveness in the early impairment of contagiousness,” the French researchers said in their study’s conclusion.

“Given the urgent therapeutic need to manage this disease with effective and safe drugs and given the negligible cost of both hydroxychloroquine and azithromycin, we believe that other teams should urgently evaluate this therapeutic strategy both to avoid the spread of the disease and to treat patients before severe irreversible respiratory complications take hold,” the researchers added. French study

There is still debate among medical experts regarding the use of chloroquine as a treatment. The World Health Organization has not approved the use of chloroquine for coronavirus symptomatic treatment. In the United States, the US Food and Drug Administration (FDA) is currently studying a way to make the drug available for emergency use, but in a way that gives the government data about whether it is safe and effective. levant