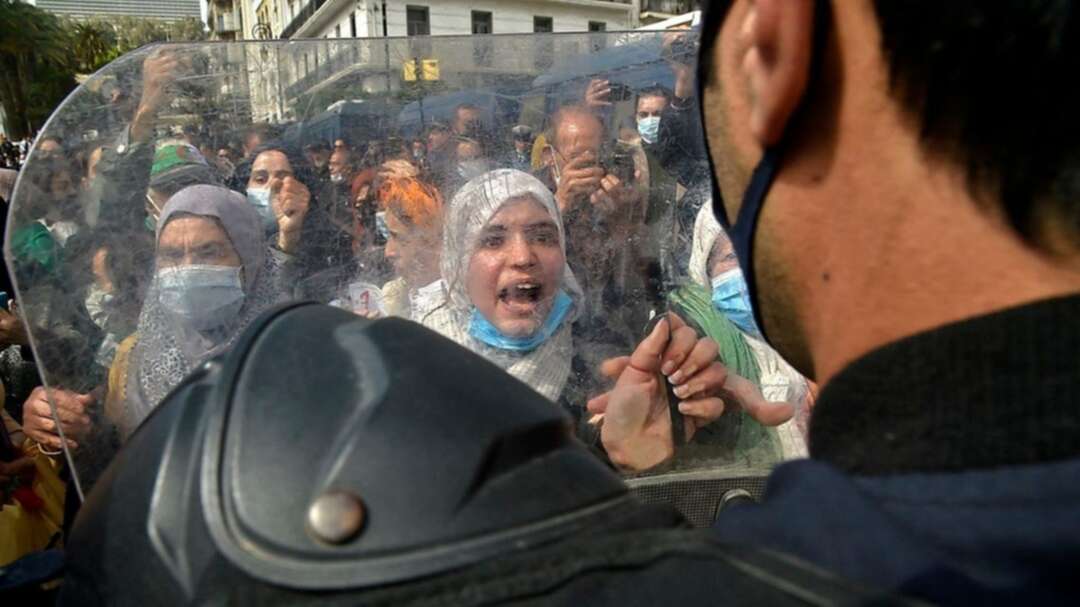 Algerian women chant slogans during an anti-government protest in the capital Algiers on March 8, 2021. (Ryad Kramdi/AFP)

Hundreds of women marched Monday in the Algerian capital to protest against a family code many consider demeaning, as they marked International Women’s Day in the conservative country. women

The family code is the general law that governs family and property relations in Algeria.

Adopted in 1984 and revised in 2005, it is inspired from Islamic sharia law and seen by many rights groups as anti-constitutional, because it does not respect equality between citizens.

Women held up banners calling on authorities to abrogate the “infamous” code and other signs saying they were marching “for change,” AFP reporters said.

Feminists say that under the code women’s rights are limited and they are subject to rules set out by men, rendering women “minors for life,” despite the modifications made in 2005. women

The marchers also denounced violence against murder including femicide in Algeria, where according to campaigners 75 such killings took place in 2019, and more than 40 last year.

The protesters also slammed a controversial draft law that calls for stripping Algerians of their citizenship if they carry out activities abroad that could undermine the “interests of the nation.”

Chanting “women are committed” and “equality between men and women,” the protesters marched toward the central post office, an emblematic rallying point for the pro-democracy “Hirak” movement.

At the end of the peaceful protest some demonstrators were jostled by policemen who sought to push them out of the city center, witnesses said. women