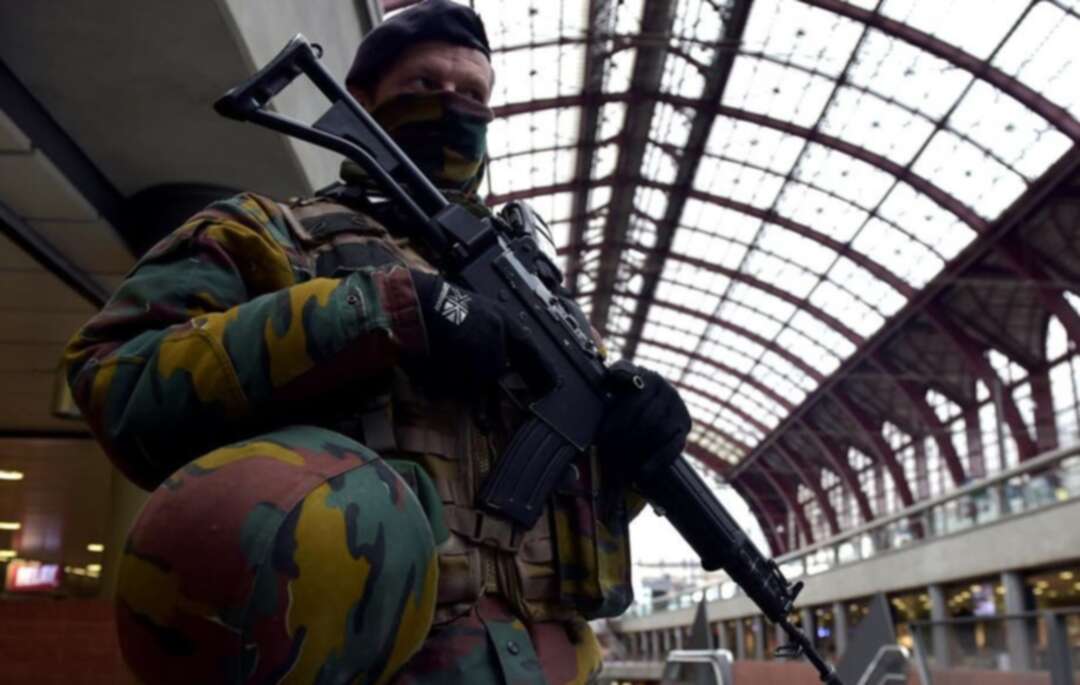 A Belgian soldier patrols in the central station, in Antwerp, Belgium March 3, 2017. (AFP)

Police in Belgium staged a vast sting operation against drug traffickers Tuesday, with the main focus on the port of Antwerp, a major hub for Europe’s cocaine trade. Belgium

More than 1,500 police conducted some 200 searches simultaneously since 5.00 am (0300 GMT) in “one of the biggest operations ever organized on Belgian territory”, a spokesman for the federal prosecutor’s office told AFP.

According to broadcaster RTBF, the operation mainly targets drug traffickers in Antwerp, particularly those involved in the cocaine trade, as well as the broader organized crime gangs connected to them.

The federal prosecutor’s office does not plan to release further information, pending the outcome of the operation and possible press conference for Wednesday morning in Brussels.

An all-time record of 65.5 tons of cocaine were seized last year at the Port of Antwerp, Europe’s second biggest port.

The drugs come from Latin America -- principally Colombia, Brazil and Ecuador -- and are usually found hidden away in cargo containers offloaded from ships.

Antwerp has been struck by a crime wave connected to the drug trade, including grenade attacks and murders. Belgium