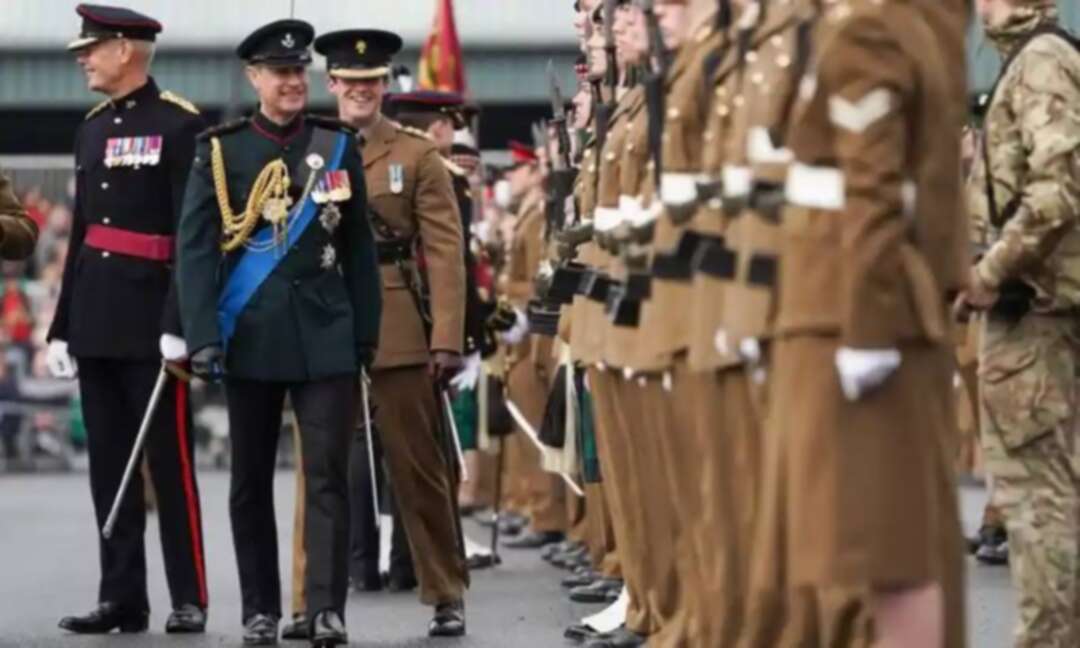 According to the Guardian, pressure to end the practice also comes as figures showed that girls aged under 18 in the armed forces made at least 16 formal complaints of sexual assault to military police in the last six years – equivalent to one for every 75 girls in the military.

Recruitment figures this month showed that one in every five new armed forces recruits were under 18. That accounts for one in four in the army, which recruits more soldiers at 16 than at any other age, particularly for infantry roles.

In a letter to the defence secretary, Ben Wallace, charities, NGOs and the children’s commissioners for Scotland, Wales and Northern Ireland, said : “The army argues that it provides underprivileged teenagers with a route out of unemployment, but since four-fifths of disadvantaged teenagers now continue in school or college from age 16, their enlistment typically brings their full-time education to an early end.

“Those who do enlist at 16 undergo the intense and prolonged stress of military training, which has drawn complaints of ill treatment from recruits and their parents. During this time nearly one in three underage recruits leaves the army or is dismissed. This means that every year several hundred young people, having left education early to join up, find themselves immediately out of a job and out of education.” military

According to the joint letter co-ordinated by the Child Rights International Network (CRIN) and signed by groups including Amnesty International UK and Human Rights Watch (HRW), Britain stands in stark contrast to most states worldwide which now only recruit adults to their armed forces.

What the UK needs is a small increase in adult recruitment to allow for a transition to all-adult armed forces, , according to the organisation, describing this as a “simple step” that would set the same standard in the UK that it has asked of armed forces and groups around the world, and help to bring a global ban on the military use of children into view.

The Guardian reported that Carol Monaghan, a Scottish National party MP who obtained the figures about complaints of sexual assault, said they were likely to under-represent the reality, as women in the armed forces were less likely to raise service complaints.

She added: “It is high time for the UK Government to follow Nato and European allies in raising the age of armed forces recruitment to 18. Whilst military service can be a fruitful and fulfilling career for many of our service personnel, encouraging 16- and 17-year-olds to enlist can have a detrimental effect on young people’s mental health outcomes, with many struggling to reintegrate into society.”

The armed forces bill 2021, which aims to implement measures such as enshrining the armed forces covenant in law, and to help service personnel and veterans access services, will be considered by MPs on Wednesday.

Among amendments being tabled is one from Labour which aims to ensure that certain serious offences, including child abuse, perpetuated within the armed forces would be dealt with in the civil justice system.

The Ministry of Defence said: “Junior entry offers a range of benefits to the individual, armed forces and society, providing highly valuable vocational training opportunities for those wishing to follow a service career.

“All sexual offences are unacceptable and not tolerated in the armed forces. We have robust, effective and independently verified safeguards in place to ensure that under-18s are cared for properly.” military

The MoD pointed out that no one under the age of 18 could join the armed forces without formal parental consent, and that this was checked twice during the application process.

It added that service personnel under the age of 18 were not deployed on hostile operations outside the UK or on any operations where they could be exposed to hostilities. Legally, rules allowed all new recruits, regardless of age, to discharge within their first three to six months of service. military

An Italian law on gender theory currently debated in Senate, and the Vatican protests The situation on the ground in Afghanistan is dire, UN envoy warns