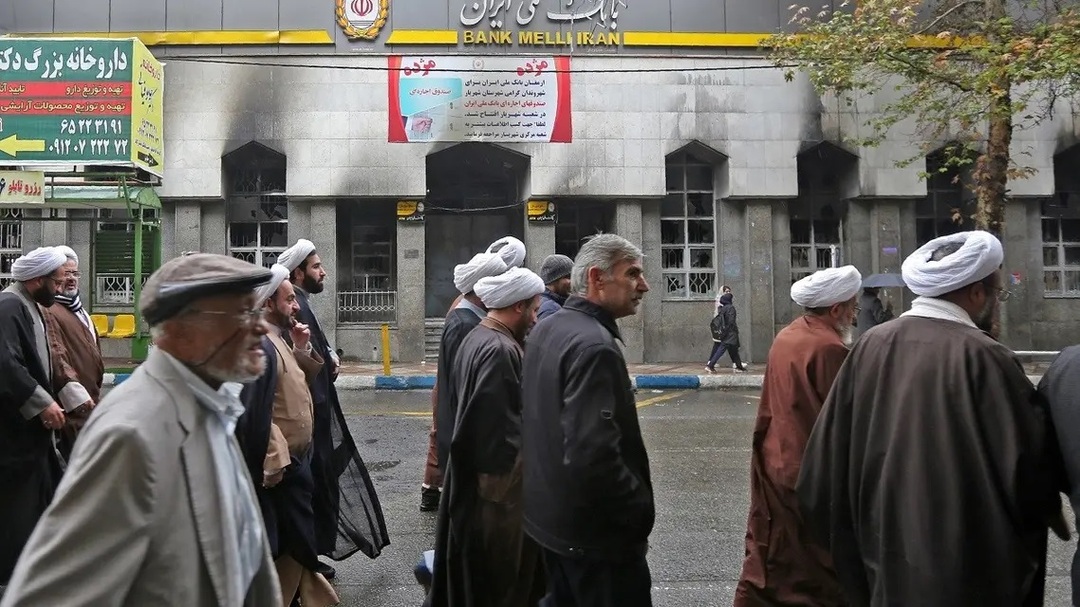 A file photo shows Iranians walk past the branch of a local bank that was damaged during demonstrations against petrol price hikes, on November 20, 2019 in Shahriar, west of Tehran. (File photo: AFP)

The report also found that Iranian authorities arrested several prominent activists on “baseless accusations” in the midst of labor union strikes and the ongoing protests against rising prices, since May 6, 2022.

HRW said in the report that those affected are in a dozen small towns across the country. It said that those arrested include a prominent sociologist and four labor rights defenders.

On Tuesday (May 17), Al Arabiya English reported that the demonstrations broke out in Iran’s central province of Isfahan on Tuesday with protestors voicing anger against Iran’s clerical leaders.