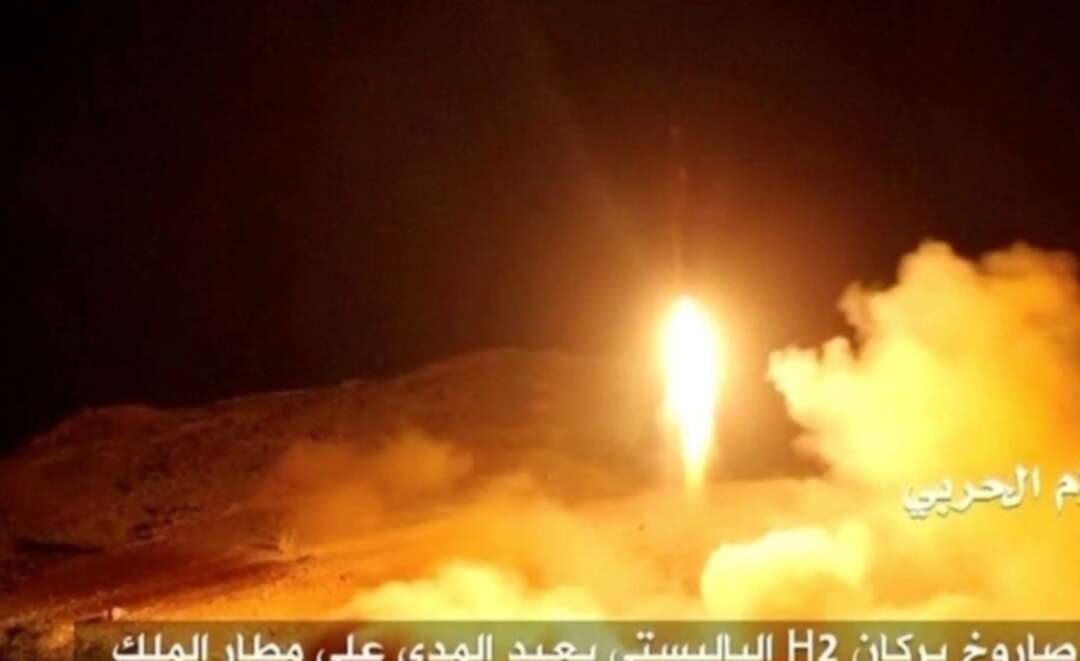 A still image taken from a video distributed by Yemen's pro-Houthi Al Masirah television station on November 5, 2017, shows what it says was the launch by Houthi forces of a ballistic missile aimed at Riyadh's King Khaled Airport. (Reuters)

The Iran-backed Houthi militia group has targeted the hotspot city of Marib with a ballistic missile, according to Yemeni reports.

The reports suggested that the ballistic missile launched on Thursday had landed in a residential area of Marib, the city currently a hotspot of infighting between the government and the Houthis.

The missile strike comes as the Houthis press further ground attacks on the frontlines south of Marib.

The attack by Iran-aligned Houthi forces on government-held Marib city comes amid renewed diplomacy to end the six-year war, and as the United States said it would end support for the Arab Coalition backing the internationally recognised Yemeni government.

The United Nations has urged the Houthis to return to negotiations, and said the offensive threatened mass displacement.

Hundreds of fighters from both sides have been killed in clashes in the gas-rich Marib region, the sources said. They were not authorised to speak publicly about operational matters.