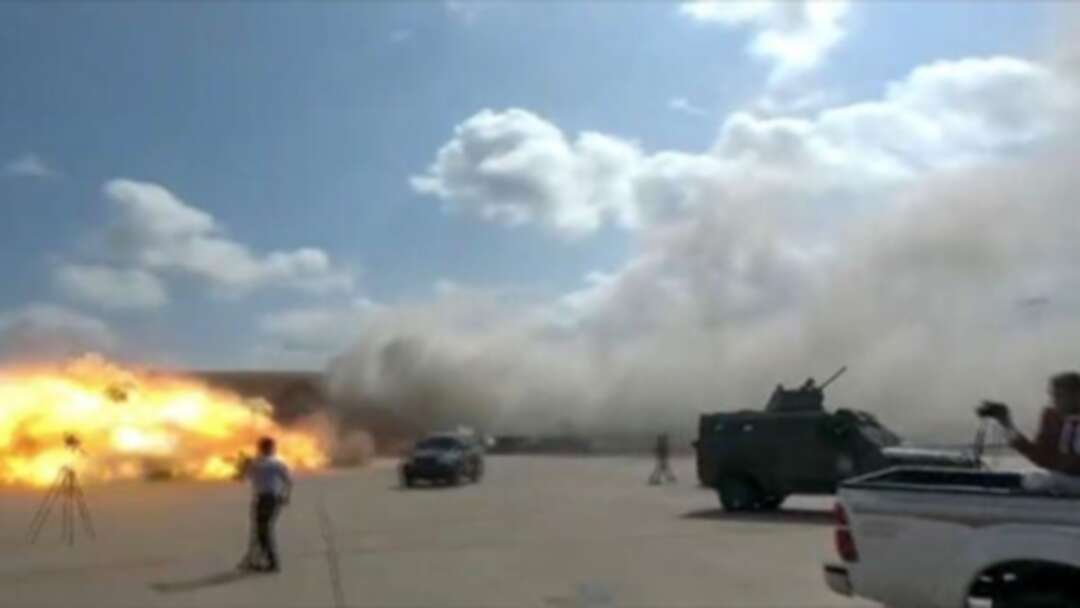 A video grab shows the moment an ordnance hit the airport in the southern Yemeni port city of Aden. (File photo: AFP)

The rockets which hit Aden airport last month were ballistic and Iranian and Lebanese experts were behind the missile launching systems of the rockets, Al Arabiya cited Yemen’s Ministry of Interior as saying on Thursday.

The rockets were launched from Houthi-controlled areas, the ministry confirmed, adding that they were fired from a 100-kilometer distance.At least 25 people were killed and more than 100 others were injured when a missile attack hit Aden’s airport as members of the government landed at the airport.

Footage from the scene showed Prime Minister Maeen Abdulmalik Saeed and his cabinet members disembarking the plane just moments before a blast shook the tarmac.

Saeed told the Associated Press earlier this month that the “techniques” used in attack were hallmarks of the Houthis’ strategy. 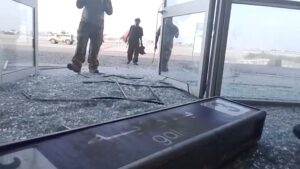 Glass and debris covers the damaged portion of the airport in Yemen's southern city of Aden after an explosion. (File photo: AP)

“Rather than distance itself from the Iranian regime, it has embraced the world’s leading state-sponsor of terrorism even more.”

Iran backs the Houthis in Yemen’s civil war against the internationally-recognized government.

The United States on Monday announced it would be designating the Iran-backed Houthi militia as a terrorist organization, and three of its leaders as Specially Designated Global Terrorists (SDGTs).

The move also comes as part of efforts to “achieve a peaceful, sovereign, and united Yemen that is both free from Iranian interference and at peace with its neighbors,” he added.